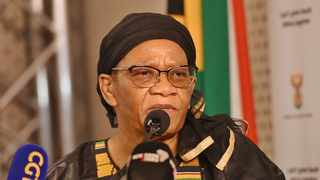 The 56, including seven ladies, are probably going to deal with indictments of somewhere around three counts of capturing after the Minister in the Presidency Mondli Gungubele, Defense Minister Thandi Modise and her delegate, Thabang Makwetla, were held without wanting to at the St George Hotel and Conference Center in Irene, Pretoria.

The priests itemized what unfolded, saying they had a gathering with military veterans however could scarcely begin as the veterans requested that President Cyril Ramaphosa and Deputy President David Mabuza address their requirements.

At the point when they arrived at an impasse, the triplet selected to leave, yet the veterans purportedly obstructed the exit. Despite the fact that they went through hours in the room, Gungubele said there was no viciousness.

That opinion was repeated by Modise, who said their lives were never in harm's way.

In the mean time, representative for the disbanded Umkhonto we Sizwe Military Veterans' Association Carl Niehaus along with some abused ANC staff individuals will lay an authority grumbling against the party's public office conveyors with the Public Protector today.