The REAL cause of unemployment in SA

The government is a face/head of the country, it's performance mainly economically reflects directly to the people on the ground. Daily living standard of the poor majority has all details, one doesn't have to open books of each and every departments to see. The dire unemployment conditions in SA really is another pandemic.

Prior 1994 sanction was largely assumed as primary cause of the unemployment, and there was no argument about that. The purpose of sanction was to put pressure on apartheid regime to release Mandela& other political prisoners and for establishment of majority democratic government in SA. The sanctions produced intended results in 1994.

Since democratic government was elected 27 years ago, there's been more and more plans of jobs creation. Meanwhile simultaneously, unemployment surges on until this day. SA has been under a rule of one party the ANC ever-since, with 4 or 5 presidents — but unemployment continues to manifest like no body's business, with 2021 rating the higest shocker of the past 27 years sitting at 34.4%. 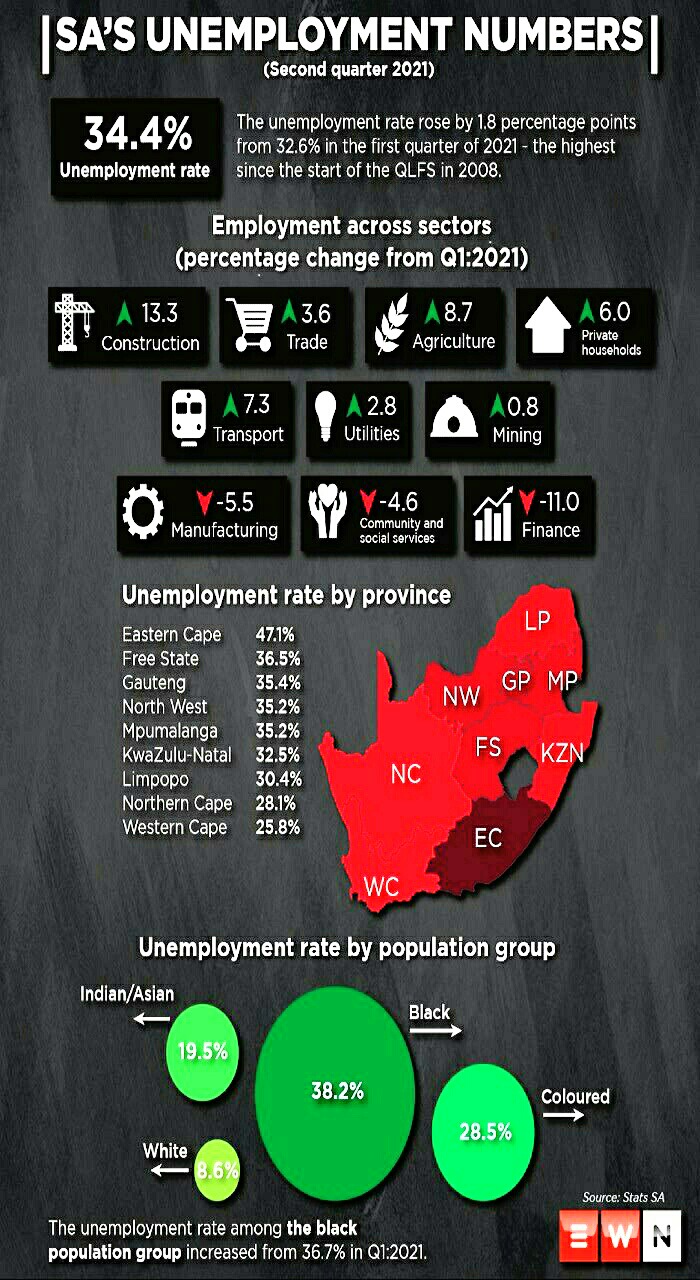 REAL CAUSES OF THE UNEMPLOYMENT:

Government is a face/head of the nation, whatever it's performance is — goes down to its wing-spheres which involves people on the ground. In simple terms, if there's corruption at the top it would go through spheres all the way spreading down the ground.

If certain element took inappropriately from what intended to create jobs&boast economic growth — that's corruption, and effects of such deed it's unemployment! Stealing is a deprivation of jobs and other economic opportunities as well as promoting poverty & suffering. Because you steal alone or with someone, only you & your accomplice would benefit at the costs of millions of the innocent citizens. 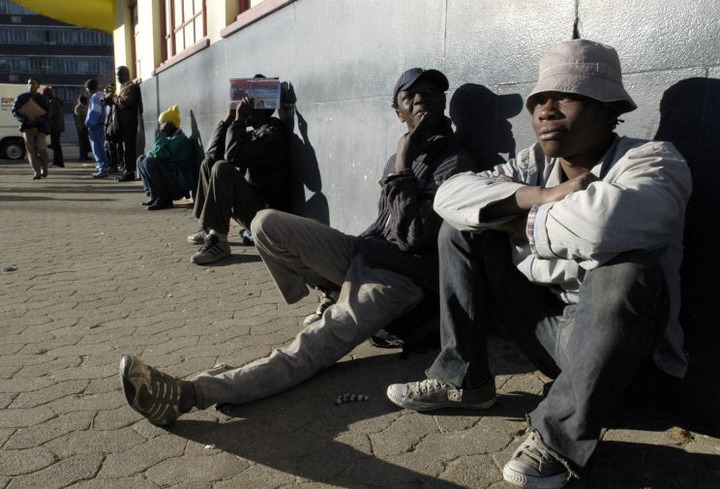 The bottom line — the government of the day is responsible for any good or bad of the country, right now unemployment it's utterly bad so State it is by and large responsible. Because can't be ONLY praises when all it is well, and if it gets tough there must be a reservation to condemn this government.

Combine This 3 Food and watch Your stamina Improve