Malema: We Don't Want Our Youth To Be Finished By Drugs 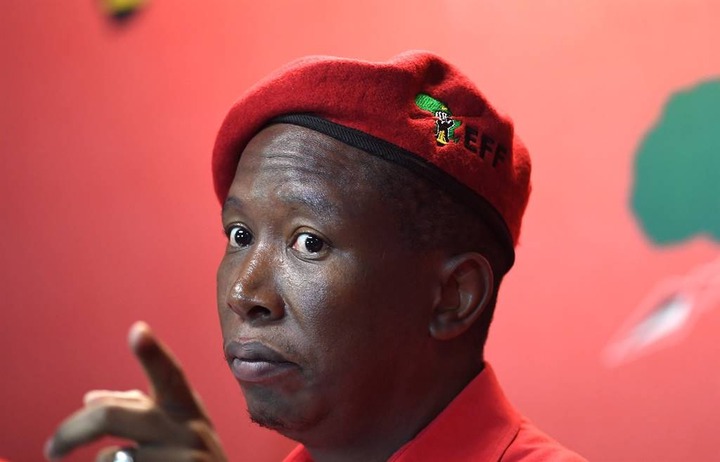 It's election season,the politicians are all over the country revealing their plans to the voters if they vote them in.The Economic Freedom Fighters commander in chief Julius Malema is on the ground addressing the people in various communities,Malema and the EFF in general promised the south africans jobs and the land if they vote for them.The country is sinking in the unemployment bath,the youth are the most affected population group,the citizens are blaming many factors for the high unemployment in the country,one of those factors is the high employment of the foreign nationals in the supermarkets,restaurants and the petrol stations to name the few.According to the country's labour laws these were supposed to be filled by the local people except in a state that the foreigner is holding employment exemption permits. 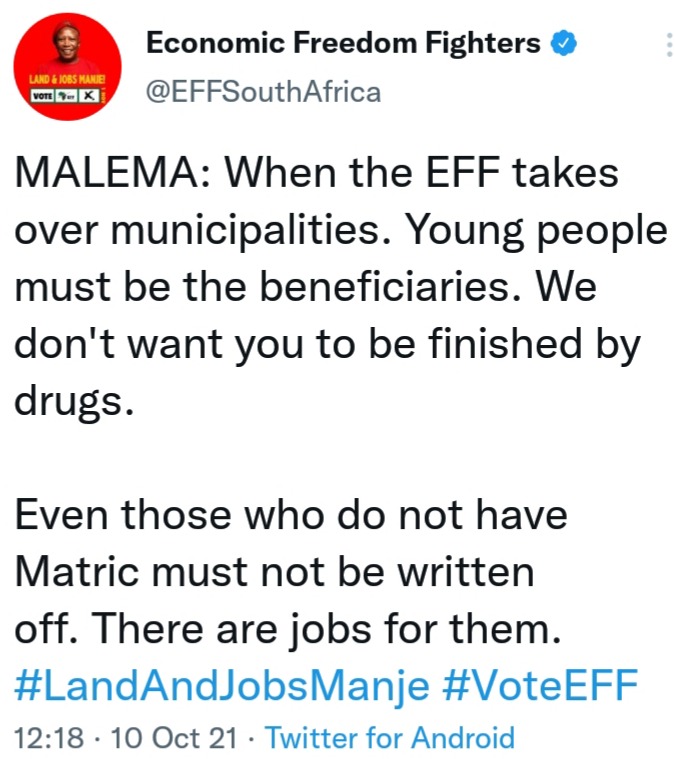 The other factor that rendered the south african youth unemployable is the high consumption of the drugs,Julius Malema have touched this matter,Malema said that the EFF don't want the south african youth to be finished by the drugs,hence the EFF will make sure that they get employed and off the streets,the people began questioning who the EFF is going to create jobs for the youth while at the same time calling all the Africans to come to south africa to look for jobs. 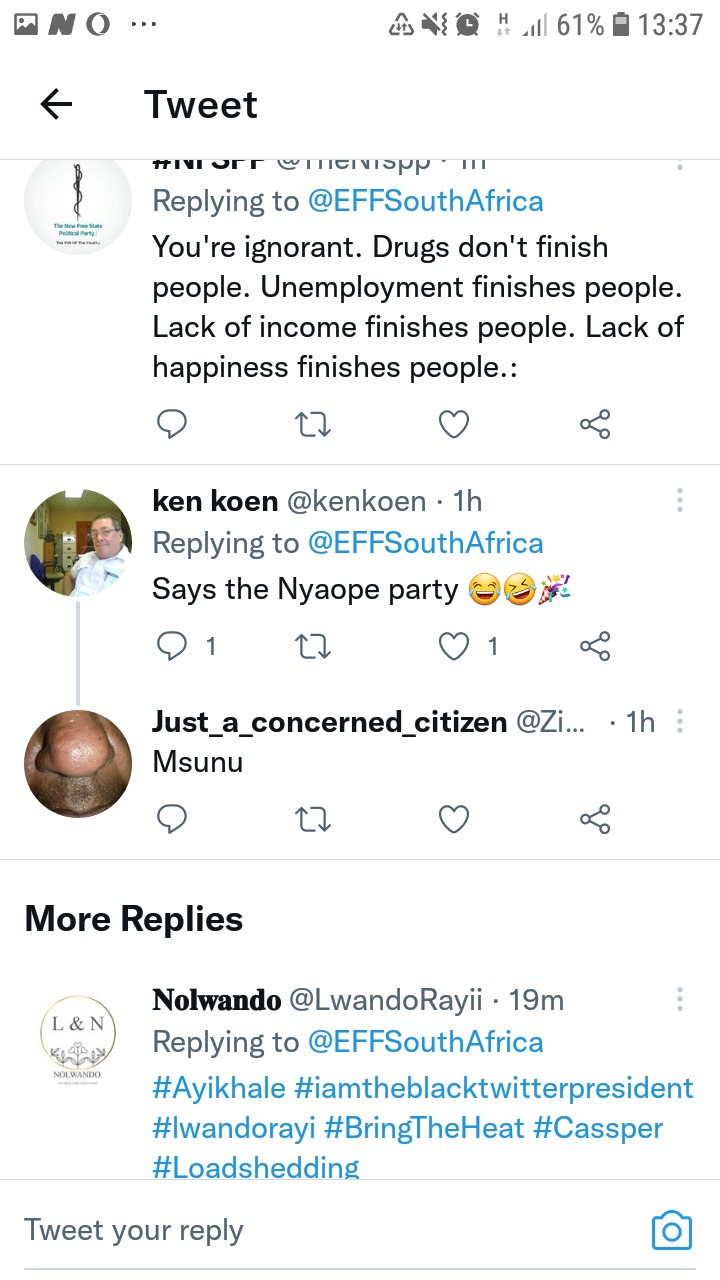 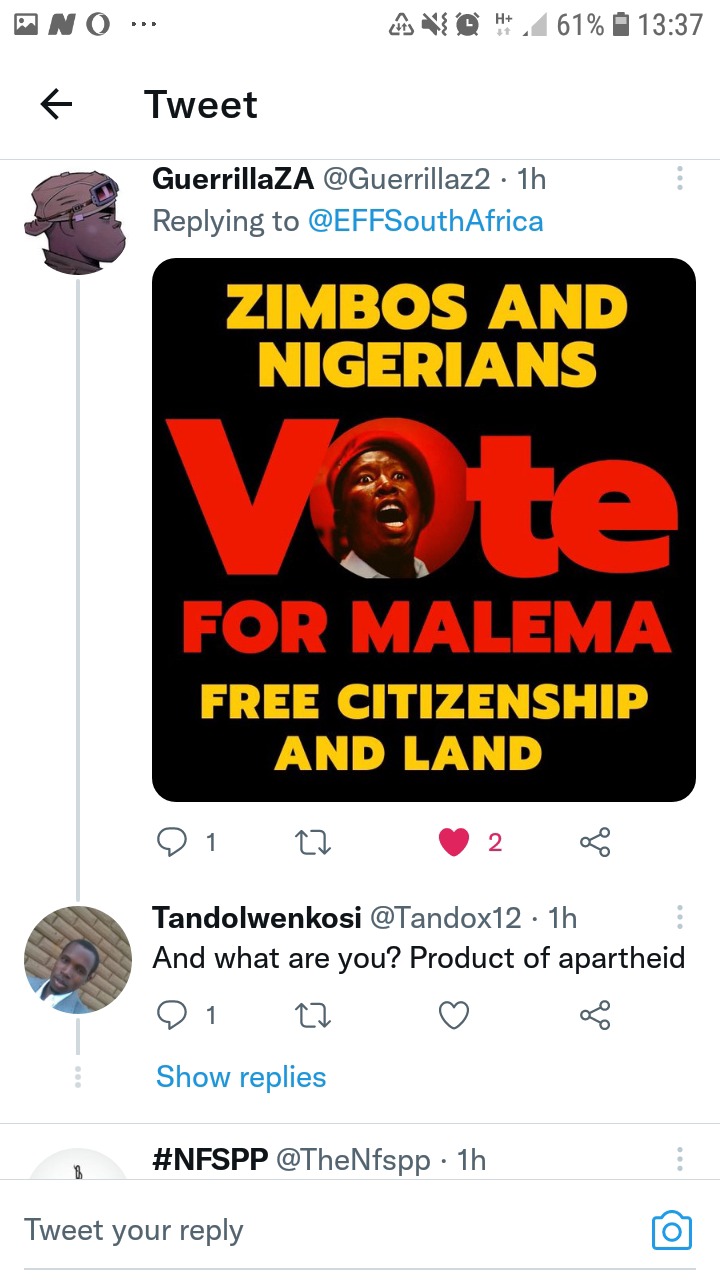 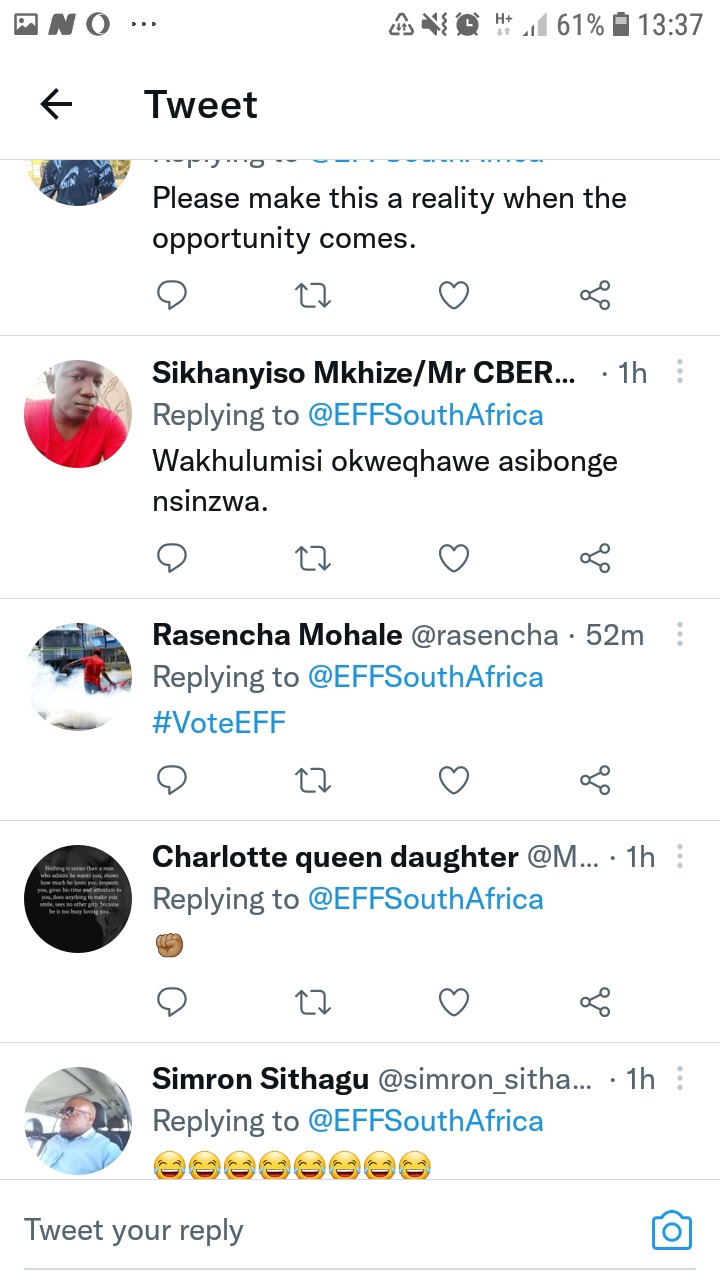 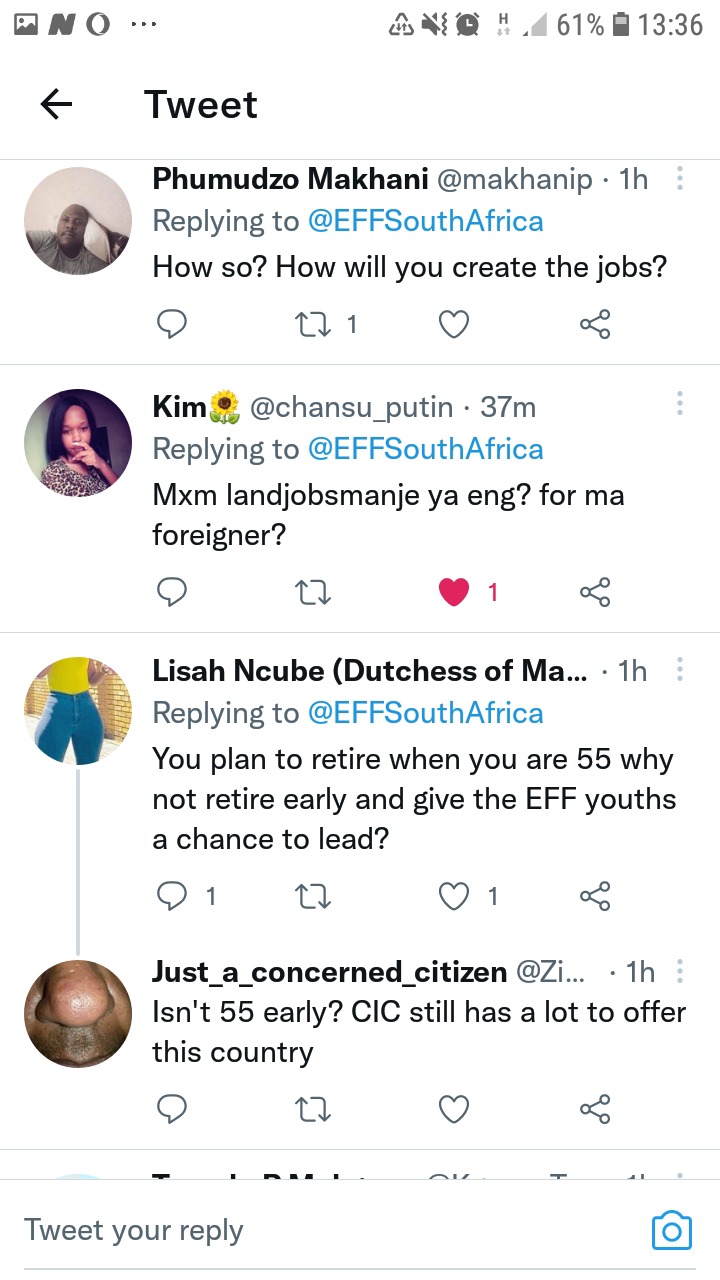 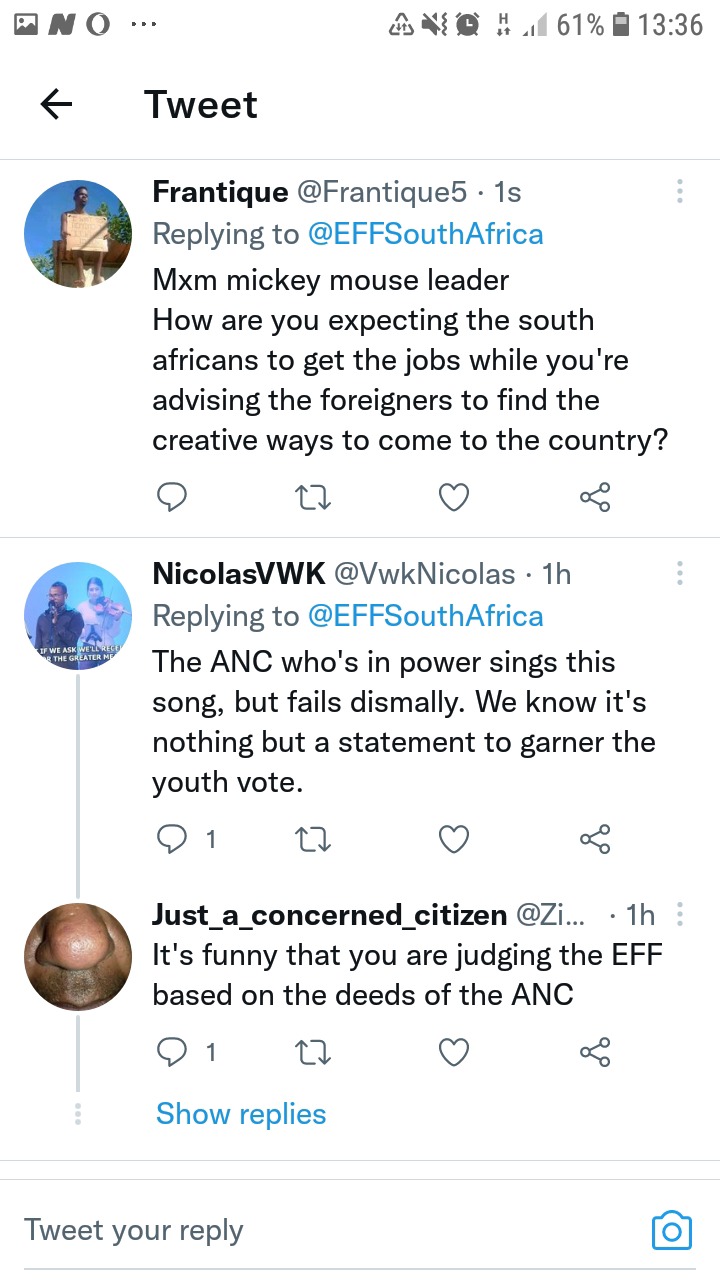 How is the EFF going to create jobs for the south africans?

Is Julius Malema's utterance based on the fact that the local government elections are about to take place?