Thousands of South Africans who were told a mine was hiring went there in droves, only to discover that it was a fake job advert, probably put in place by some dubious people who want to drag traffic to their websites. South Africans continue to fall prey to these fake adverts due to the high rate of unemployment in the country. It was a pathetic sight to behold these young people who have no means of livelihoods, no means of survival, leaving from hand to mouth. Most of them depend on people, some are educated, and graduates. Some of them are highly skilled and have been waiting eagerly for the government promise to create millions of jobs. They have waited and waited, nothing is happening. It turns out to be fake promises as usual. Some people among them borrowed transportation fare to come there, and as usual, it ended in disappointment and regret as the frustration of job hunting continues. 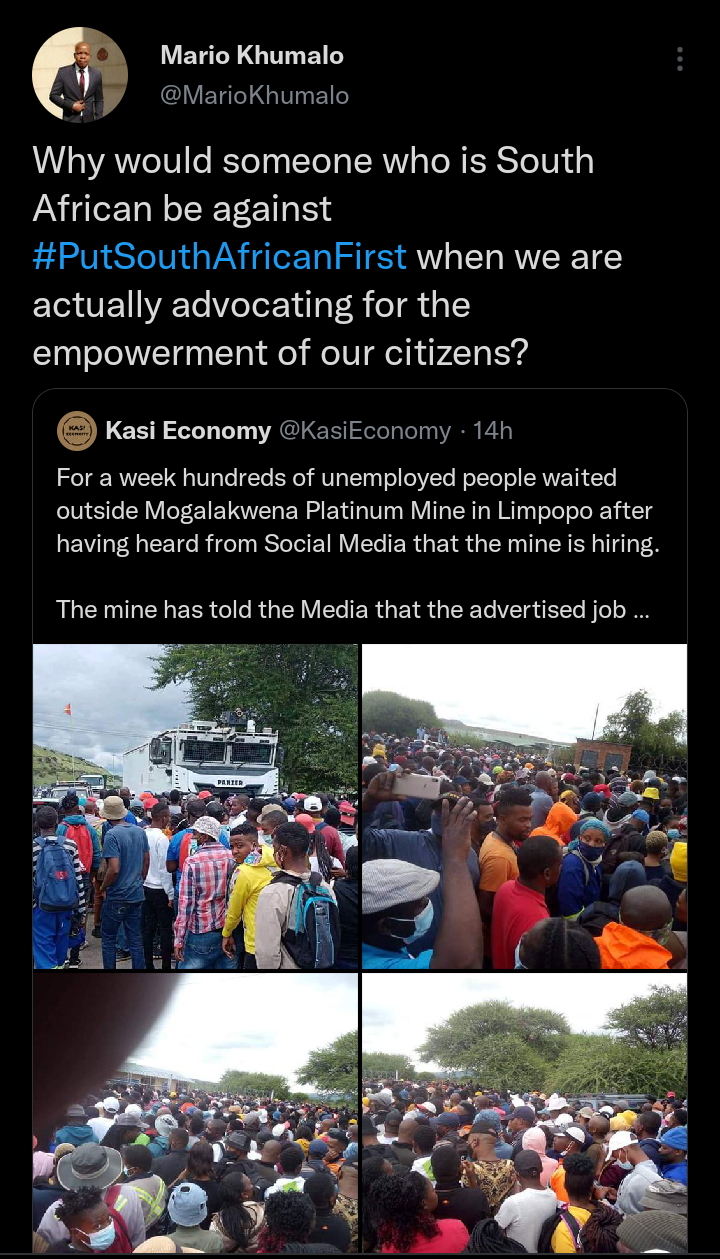 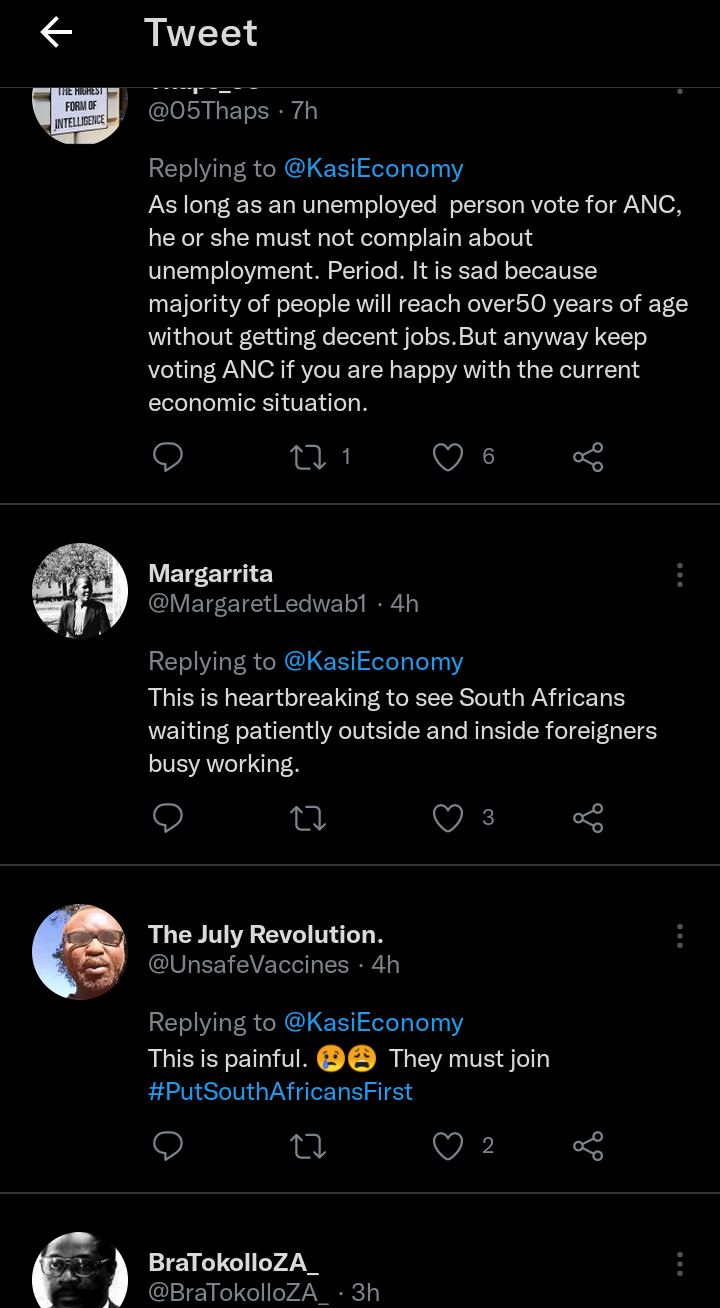 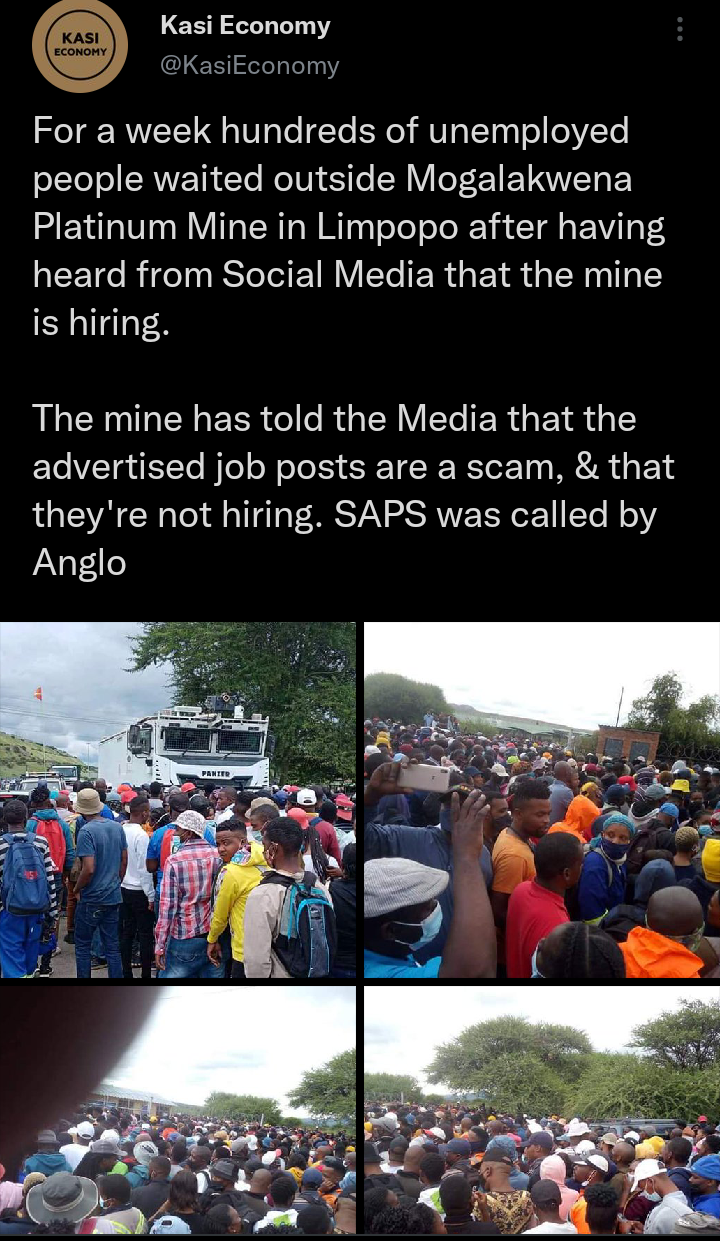 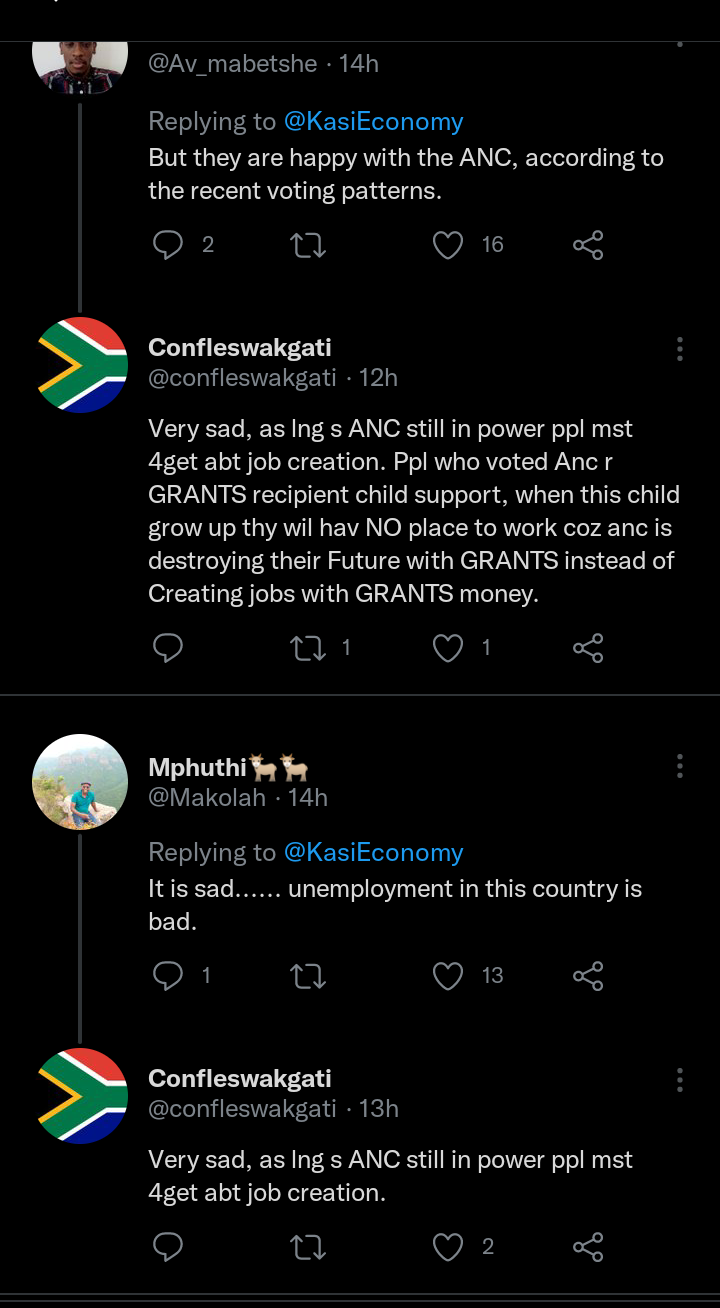 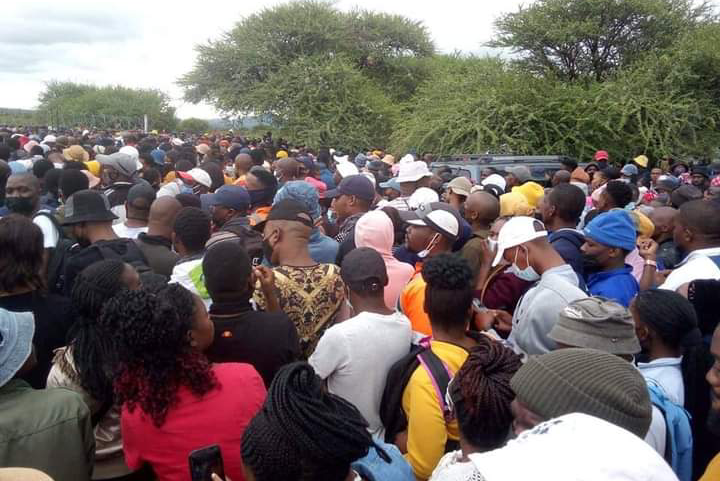 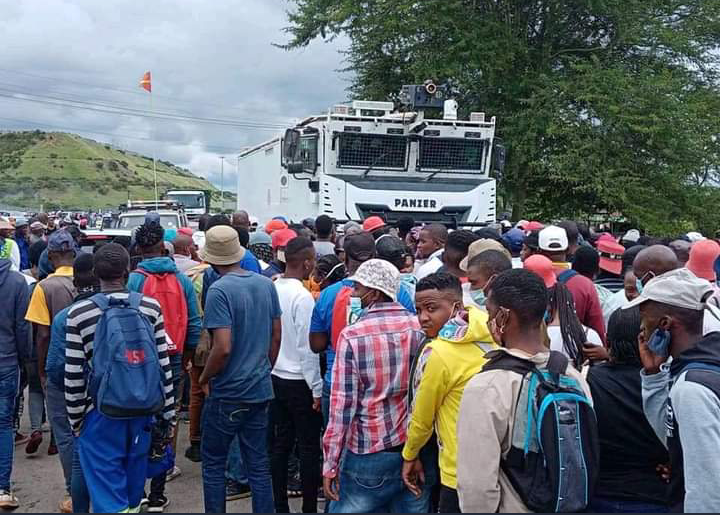 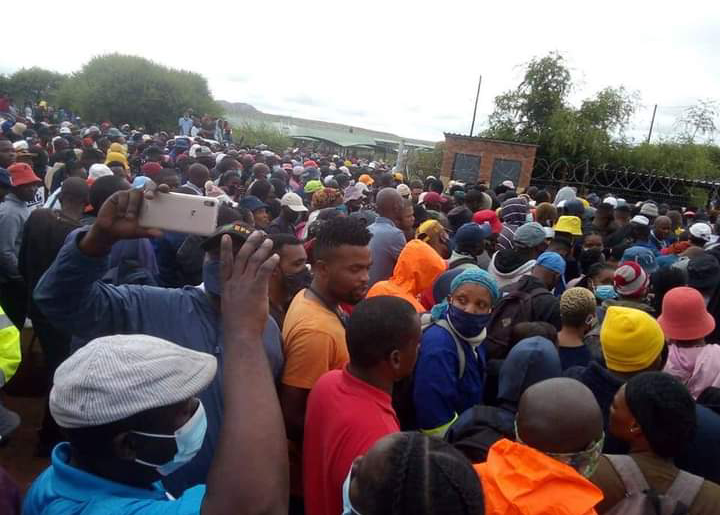 The man who posted this lamented the sorry State of South Africa youths. He wrote, “For a week hundreds of unemployed people waited outside Mogalakwena Platinum Mine in Limpopo after having heard from Social Media that the mine is hiring.

The mine has told the Media that the advertised job posts are a scam, & that they're not hiring. SAPS was called by Anglo”. These pictures have provoked many people on the social media already as they cried that the government had failed the youths and the entire people of South Africa over the years. They argued that they were better off during the apartheid regime, at least they had jobs and illegal immigrants and Undocumented foreigners were not taking jobs away from them. They lamented that all the hope they placed in the ANC led government had been dashed and broken by years of failed promises. 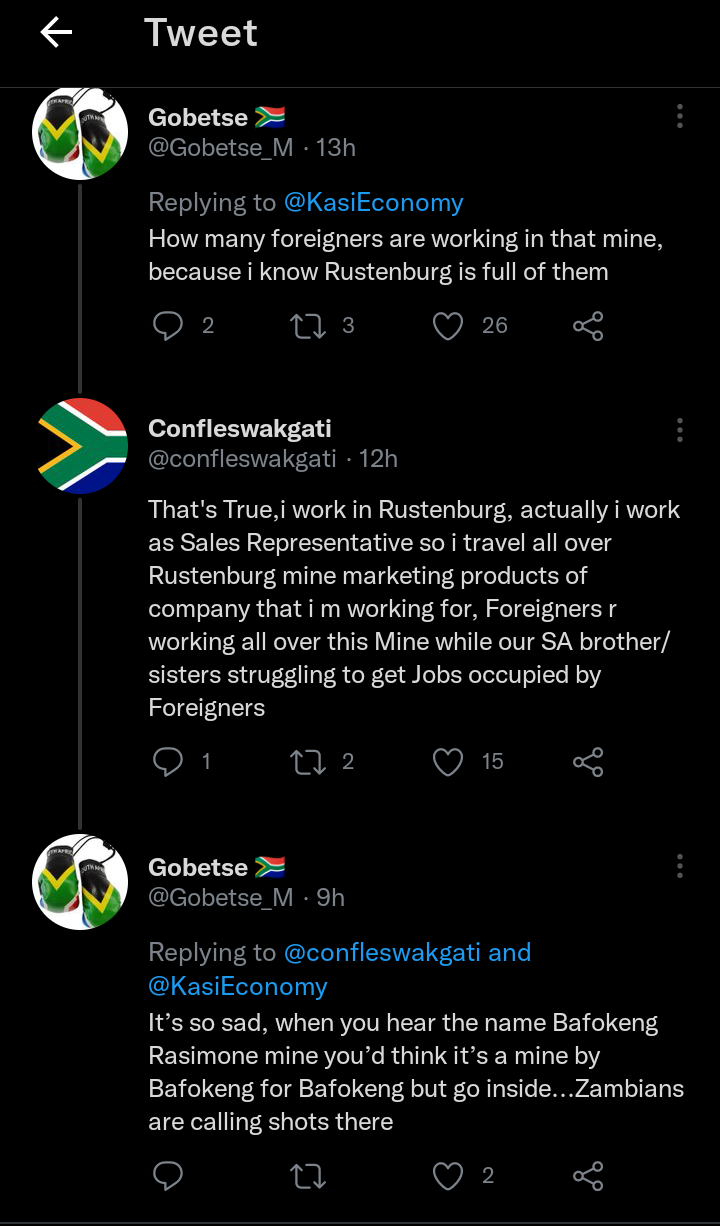 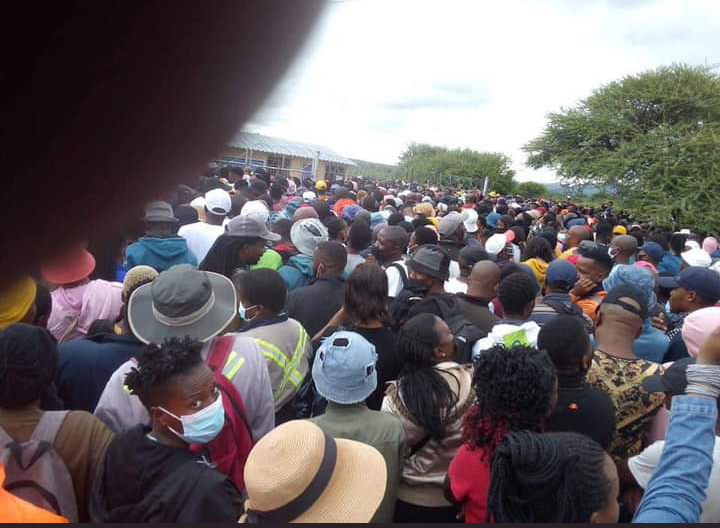