The department of employment and labor minister Thulas Nxesi has come under fire as his department is supposed to deal with the issue of employment in this country. This comes as South Africans have taken the matter into their own hands to ensure that companies do comply with the labor laws of which we know that they do not comply at all. 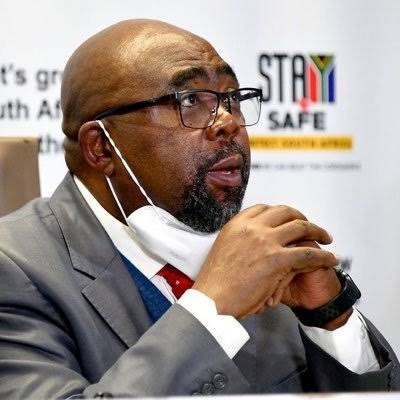 Patriotic Alliance leader has been out and about enforcing the labor laws on some shops owned by the foreign nationals. We have also been able to see the EFF targeting some restaurants demanding that they should have a 60% and 40% employment ratio between South Africans and foreign nationals. This was the move that prompted the department to start doing their job which they were supposed to have been doing for a long time.

The minister of labor must have felt that those people who went ahead of his department has embarrassed him and also showed no respect to him whatsoever. The minister is now saying that it is illegal for the members of the public to conduct random labor inspections at workplaces. But this goes back to what Herman Mashaba once said to the minister that he must first look himself in the mirror. He should ask himself what is the main reason why people have decided to take the matter into their own hands not being paid for it, while people who get fat salaries don't do anything. The minister needs to reflect. The people are just trying to fix what his department has allowed to happen unabated for so long.

We know that Julius Malema says that he has all the rights to conduct these visits because he is a member of parliament and he can do it announced or unannounced. Until the department commits itself to do the job that they hired to do, we will see more of political parties and ordinary citizens taking the law in to their hands . This thing of officials taking bribes should come to an end because this is one of the reasons we find ourselves in this position.