By Azwindini (self media writer) | 1 month ago 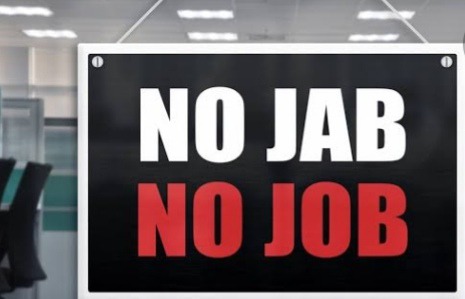 Experts have stated as much. How are we going to get to 5% growth? It isn't rocket science, after all. Government intervention in the economy should be kept to a minimum. Deport illegal foreigners who steal jobs from South Africans. They must also say "no vaccine, no job" since this is unacceptably dangerous to the economy. People are now being pushed to vaccinate or risk losing their jobs.

South Africa's problem is its ineffective justice system, which is lenient toward criminals and corrupt officials. Restructure the system, apprehend all violent criminals, and purge all corrupt officials. If politicians lock them up, crime and corruption would be cut in half in two to three years. But, as you can see, leaders with stamina are required to accomplish this.

A reminder that South Africa requires at least 5% annual economic growth in order to reduce the country's shockingly high unemployment rate of over 47%. That is what experts have said. How do we get to 5% growth? It's not exactly rocket science. Minimize government intervention in the economy The way some of us South Africans lost faith in the current ANC of Cyril Ramaphosa. It is quite clear that  If they say "it's white " we know it is definitely that its opposite of what they are saying. We can end up saying it's a scam when ANC says "vaccines work."

If vaccines were effective, government officials would steal them for the benefit of their friends and families. The only thing this government has ever given to South Africans as freely as vaccines are empty promises.

Content created and supplied by: Azwindini (via Opera News )

Badnews In South Africa As 23 More People Are Reported Dead, See What Happened