How banks earn their money.

Banks are businesses: they need to make money and they do this in a number of different ways.

Commercial and retails banks raise funds by lending money at a higher rate of interest than they borrow it. This money is borrowed from other banks or from customers who deposit money with them. They also charge customers fees for services to do with managing their accounts, and earn money from bank charges levied on overdrafts which exceed agreed limits.

Investment banks earn fees from providing advice to large organisations coming to the City to issue stocks and shares, and for underwriting these issues, as well as trading securities on the financial markets.

Banks are companies (normally listed on the stock market) and are therefore owned by, and run for, their shareholders. Banks need to make enough money to pay their employees, maintain the buildings and run the business.There are three main ways banks make money: by charging interest on money that they lend, by charging fees for services they provide and by trading financial instruments in the financial markets.Retail and commercial banks need lots of customers to deposit their money with them, as the banks use these deposits to earn enough money to stay in business.To encourage people to keep their money in a bank, the bank will pay them a small amount of money (interest). This interest is paid from the money the bank earns by lending out the deposited money to other customers.Banks also lend to each other on a huge scale. Most of this lending is on a short-term basis, usually no longer than three months, often just overnightIf a bank has a surplus of liquid (available) assets then the bank can make money by lending these assets to other banks in the interbank market. As money flows in and out, banks will both lend and borrow money on the interbank market as needs require.The banks lend money to customers at a higher rate than they pay to depositors or than they borrow it. The difference, known as the margin or turn, is kept by the bank. For example, if a bank pays 1% interest on deposits, they may charge 6% interest on loans.Lending takes the form of overdrafts, bank loans, mortgages (loans secured on property) and credit card facilities. The bank will work out the cost of making the funds available to the borrower and add a profit margin. 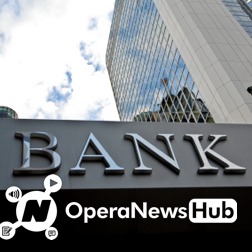 Loans approved by banks will vary in size, and may have fixed or variable interest rates but, in all cases, the bank will lend the money to the customer at a higher rate than they borrow it.Deposits are the banks' liabilities. If everyone was to demand their money back at once, the bank would not be able to pay. Because they lend money out, banks are required to carry a cushion of capital so they have sufficient money to pay those customers likely to withdraw their money at any time.Another way banks make money is through charging fees. Most retail and commercial banks will charge for specific services, for example, for processing cheques, for other transactions and for unauthorised borrowing e.g. if a client exceeds an overdraft limit.Investment banks earn huge fees for advising large companies and public institutions on issuing bonds and shares (securities), and from underwriting these issues.Investment banks charge fees for advising clients wanting to bid for other companies in mergers and acquisitions, or management buy-outs. These deals can be very complex and provide an important source of income as well as an opportunity to underwrite shares related to these deals.Investment banks also make their money by trading securities in the secondary markets. Their aim is to sell these securities for more than they pay for them or purchase them for less than they sold them. The difference, called the turn, is kept by the bank. Banks also buy and sell currencies of all the nations of the world, trying to take advantage of the different prices of these currencies against each other, which are changing all the time.  Why did some Banks find themselves in Financial Trouble?

For many years leading up to 2007, interest rates were very low in Western countries and money was cheap. Banks needed to lend as much as they could if they were going to make the level of profits that they were used to. So some banks, especially in the USA, lent to poorer people, who had less chance of paying back their loans than the banks' traditional customers. To manage the risk, banks invented new and complex ways to lend.

They also invented new ways to package up these debts. This involved turning loans that could not be traded, into a type of security that could be traded. This allowed these debts to be spread out to other banks, so they did not feel so exposed to the risk. Eventually no one really knew who was lending what to whom.

The lending looked safe because it was in the form of mortgages on people's homes. People were buying lots of goods, Western economies were growing, inflation was low and there were cheap goods to purchase from China and other emerging economies. People's jobs seemed safe and the price of property kept rising. So people kept borrowing more and more against their houses, and spending more.

But there was a catch. As the emerging economies became richer they spent more in world resources such as oil, metals and meat. So, costs and prices began to creep up, and inflation began to rise in some Western countries.

The poorest people who had taken out loans (known as sub prime loans) against their homes, found it hard to pay them back. If they defaulted, their houses were taken from them and sold. With more houses for sale, the prices stopped rising and began to drop.

Suddenly banks realised that many of the loans they had made might not be paid back. However, because of the complex nature of modern lending, they had no idea how many of these loans they had. They also had no idea which other banks had a lot of bad debt (which became known as toxic assets). So they became very cautious about lending to one another in the interbank market.

Immediately some banks found themselves in deep trouble, because they depended upon the lending between banks to keep solvent from day to day. One of these banks was the mighty American bank, Lehman Brothers. A shock wave rushed around the world: if Lehman could go under, any bank could. Banks stopped lending to one another completely - and this sent other banks into a tailspin.

A full-scale banking crisis was only averted when the British and American governments stepped in. In Britain, three major banks - Northern Rock, RBS and Lloyds-TSB had to be rescued.

Although a catastrophic meltdown in the money markets was avoided, banks stayed cautious about lending. They still did not know how many of their loans were unlikely to be repaid.

The Loan without collateral idea for Banks

REVEALED! These Are The Top 10 Best Banks In Nigeria For 2019; Number 1 Is The Youngest Of Them All (Photos)

Taking a home loan? Check your credit score (and how to improve it)

Ready to Leave Your Bank? How to Make the Switch in 5 Easy Steps

Are Loans given to micro finance institutions included in PSL quota of 40%?

See what banks do with your money