Gambling has become solution to unemployed, because feed the families 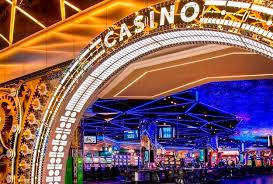 As stated in the National Gambling Act, 7 of 2004, ‘‘casino’’ means premises where gambling games are played, or are available to be played, but does not include premises in which:

a)   only bingo and no other gambling game is played or available to be played;

b)   only limited pay-out machines are available to be played;

d)   only social gambling is conducted in terms of a temporary license or provincial law.

The formal casino industry in South Africa evolved in the mid-1990s and was arbitrarily chosen. In 1994, a total of nine (9) casinos existed and were all located in the previous TBVC (Transkei, Bophuthatswana, Venda and Ciskei) states. Most of these were built in the 1980s, the first being Sun City which opened in December 1979. In the period prior to the passing of the National Gambling Act of 1996, namely 1994 to 1996, not much happened in terms of casino infrastructure investment. However, during 1997 to 2002, the industry entered a period of rapid development and, by the turn of the century, there were 17 casinos operating from permanent venues, with a further 5 casinos still operating from temporary infrastructure (NGB report, February 2003). In 2002 a further 6 casinos were established and best available records of that time indicate cumulative total capital investment in the casino industry of R11.5 billion. Over the subsequent period up to 2010 a further eight (8) new casinos were established and substantial investment in upgrading and refurbishment was made in existing casinos, leading to cumulative total capital investment of R19.5 billion by 2010. More recently, an additional casino was opened in Gauteng which began operating on 1 April 2017.

As at 31 March 2019, a total number of 39 casinos (a maximum of 41 licenses is provided for in the national legislation) were operational in South Africa. The casino industry is by far the largest and most prominent component of the South African gambling industry. By all accounts, it is considered world-class in global context. The industry comprises of seven (7) management companies namely Sun International, Tsogo Sun Holdings/Hosken Consolidated Investments, Peermont Global, London Clubs International, Northern Cape Casino Consultants, Billion Group and African Pioneer Gaming (Pty) Ltd. The total number of operational slots, tables and gambling positions as at 31 March 2019 are illustrated on the table below.

The casino sector remains the largest contributor of GGR accounting for 60.5% of the total GGR generated by all gambling modes in FY18/19. However, the GGR generated by the sector has been increasing at a slower rate compared to the other modes, with its share in total generated GGR declining from 84.4% in FY09/10 to 60.5% in FY18/19. GGR generated by the sector decreased by 1.8% from FY15/16 to FY16/17, then increased by 2.9% from FY16/17 to FY17/18, and followed by an even lower increase of only 1.2% between FY17/18 and FY18/19. The low increase in the generation of GGR from FY17/18 to FY18/19 can, amongst others, be attributed to the increase of operational positions in KwaZulu-Natal, Northern Cape, Eastern Cape and Free State, as well as substantial decreases in Gauteng. In FY18/19, a total of R1.9 billion was collected from the casino sector through Taxes/Levies.

Content created and supplied by: E-Eve (via Opera News )

A lady shared a tiny unique ring on social media, leaving many dazed after seeing it.

The Most Dangerous Cities in South Africa |Opinion