By Athandwa (self media writer) | 2 years ago

Altitude Beach faces closure as Santam would not pay for an insurance claim as the insurer insists the business is not covered for lockdown losses .

Altitude Beach in Fourways faces closure after its insurance company refused to pay out its claim for financial losses suffered during the coronavirus pandemic.

The popular and luxurious spot is one of at least 2,000 companies in the entertainment and hospitality industry that have had their claims rejected by insurance companies.

Most, if not all, of their claims were rejected because the insurance companies, including Santam, said they believed their losses were not due to the pandemic - which they are covered for - but the government imposed lockdown.

Owner of Altitude Beach Mike Lodder said he would be forced to shut down should his claim not be successful as he has been using his own money to keep it afloat since the lockdown started in March. He is insured with another company which could not be reached for comment. He told Sowetan that he was unable to meet his financial obligations for the multimillion business he started in November and would be forced to shut down and lay off the over 120 staff members.

"We are getting to a stage where, yoh, if they don't help us we're going to have to close it off. We're going to lose, 120 - 130 jobs there, which feeds how many people? It's ridiculous," Lodder said. "What we're saying [to insurance companies] is don't pay us the full claim, pay us something, let's negotiate, just help us. And it seems they are just not willing to help."

The problem is the court date set down is September 1, and by then many guest houses, which still can’t open for leisure guests, according to the ...

He put in at least R28m to start the business which gives him monthly returns of between R3m and R9m but would be forced to close down the business just in eights months.

"There's still a lot of money owed to investors and to the banks. There's still nearly R18m that's owed on that business. Of course this goes up because there's interests and all sorts. I mean, the banks gives you payment holidays but those come to an end and they want their money."

He said that if insurance companies are allowed to get away with out-rightly rejecting claims, they were going to kill the hospitality and entertainment industry that has been hit hard by the lockdown.

Insurance company Santam is facing a litany of lawsuits across the country after also refusing claims on the same basis. After his claim was rejected in April, Duncan Heafield, owner of 500-seater Bellezar Beach Caf in

Umhlanga, KwaZulu-Natal, reached out to hundreds of other businesses that suffered the same fate at the hands of the largest insurer, Santam, for a lawsuit.

At least 300 other companies, including Boston Lodge and Restaurants, South Coast Accommodation and Sunset Beach are taking legal action against Santam 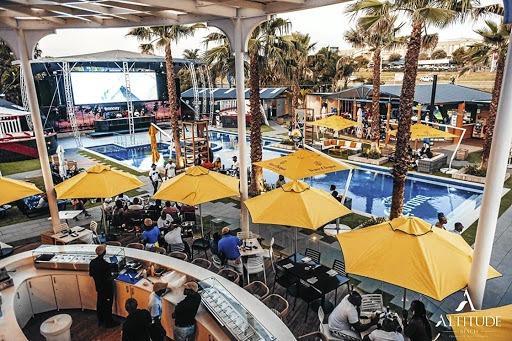 Content created and supplied by: Athandwa (via Opera News )