Numsa to march to ArcelorMittal over job retrenchment on Monday

By Natshitha (self media writer) | 2 years ago

According to the National Union of Metalworkers of South Africa(Numsa) 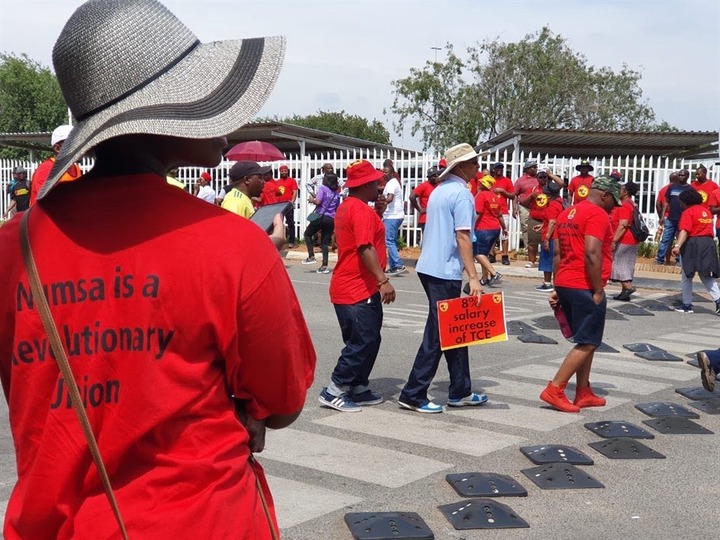 in a statement that was announced on Sunday evening that it would picket at multiple sights of operation at ArcelorMittal on Monday.

The statement said the picket would take place on Monday morning, after which the union would submit or hand in a memorandum of demands to. Picketing will take place at ArcelorMittal in Sedibeng, Vanderbijlpak, Vereeniging, Pretoria and Newcastle, as the statement says.

"Our members feel that they must resort to this drastic course of action because of the relentless onslaught that AMSA through the backward management of Kobus Verster the current GCEO, have launched against employees," as the statement said.

The company said it would begin "large-scale restructuring" in june. ArcelorMittal SA this year in January announced it will do job cut of about 1000 in a bid to rein in costs, but last Thursday said in a statement that "cost-saving initiatives previously implemented will not be sufficient".

The statement also says ArcelorMittal SA was consulting employees on a retrenchment process in terms of section 189 of the Labour Relations Act.

"It has also proposed that salaries and benefits must be reduced by 20% as an alternative to retrenchments. We believe that the Covid-19 pandemic is being used as an excuse to restructure the organization, and render hundreds of workers jobless," as the statement said.

The statement said that union members believed that they have no choice but to resort to protest action and that they will picket peacefully whilst adhering to social distancing regulations.

ArcelorMittal South Africa is part of largest global steel manufacturer and mining group ArcelorMittal, which has about 190 000 employees worldwide.

Content created and supplied by: Natshitha (via Opera News )

Stage 15 loadshedding is clickbait engineered by a journalist - De Ruyter

Another Eskom board member steps down.