A man from Limpopo who won 3million on lottery, see what he told the media

By Everydaynews (self media writer) | 3 months ago

A 59 year old man from Limpopo was bagged R3 million in the lottery plus doesn't plan on purchasing anything big. She told the media that he doesn't want to spend his money on useless things. He already got a plan that will help her to save. The winner got him self a 3million from the lotto plus which was playing on the 22 of September. He said he didn't know that he won and he didn't expect to win. He went to the local supermarket to check his winning. They said there were two winners who won 7 million jackpot so they had to share the money. 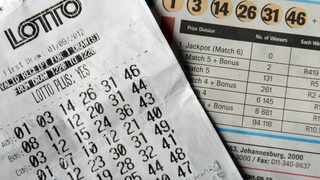 They divided the money in to two so each person got 3million. The winner ticket was purchased at spar Hoesprit in Limpopo. The winner he will just buy himself a small bike because he doesn't need a car at the moment. He will then build a small house for his family which is not big but average. He bought his ticket with only R40 rand and it was a manual ticket with number 5,17,18,21,33,47 and the bonus ball of 30. He had all these numbers on his ticket that why he became the lucky winner.

The winner initial didn't know that he had no idea that he won. "After visiting my nearest local store to validate my ticket. I was told to go to ithuba to clam my winnings as i have won the amount of R50 000. Not once did it cross my mind that I'm one on the 2 people who won the jackpot. After a couple of days i decided to visit the ithuba officers then when i reached there i got the biggest shock of my life. That im the second person who won the jackpot lotto plus"

He couldn't believe it. His wish has always been to buy himself a small bakkie for my own personal use. He also planned on building a new house for his family. He also said he will pay school for his family members.

Well people on Facebook found it hard to bealive that a man who won 3 million can use a bike not a car. They said he will just change the moment he feels the teast of having money.