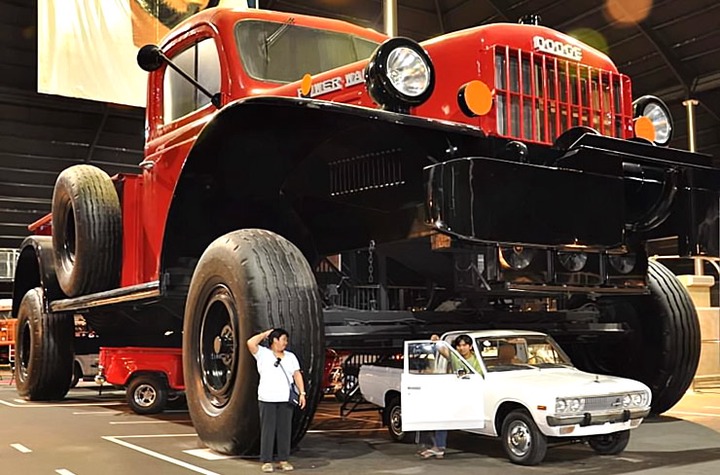 When it comes to autos, they aren't all made equal. Others are more powerful or quicker, while others are more elegant or well-known. Some cars are just bigger than others. We take a look at some of the largest land vehicles in the world.

Lastly, we reach the end of our countdown with a vehicle that stands out. Meet Sheikh Hamad's massive replica of a 1950s Dodge Power Wagon. On the inside, the big truck weighs more than 50 tons and has a four-bedroom home with air conditioning, a living room, a bathroom, and a tailgate terrace. This vehicle is the world's largest pickup truck, which should come as no surprise. 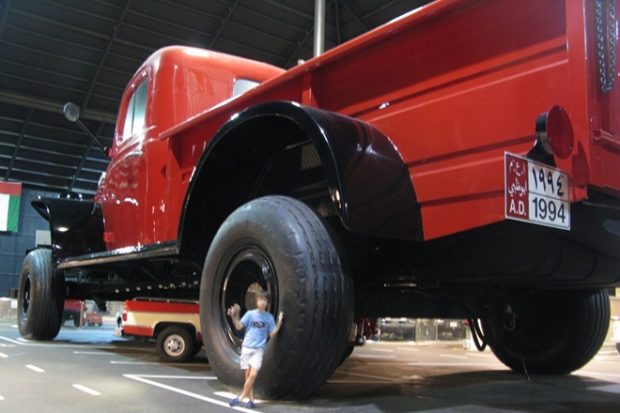 With wheels from an oil rig transporter and a windscreen wiper from an ocean liner, the vehicle is 64 times larger than the original Dodge Power Wagon. Despite its massive size, the vehicle is fully functional and has been registered for use on Abu Dhabi's roads.

This massive ultra-class haul truck measures more than 20 meters in length, which is the length of two double-decker buses parked end-to-end, 8 meters in height, and nearly 10 meters in width. 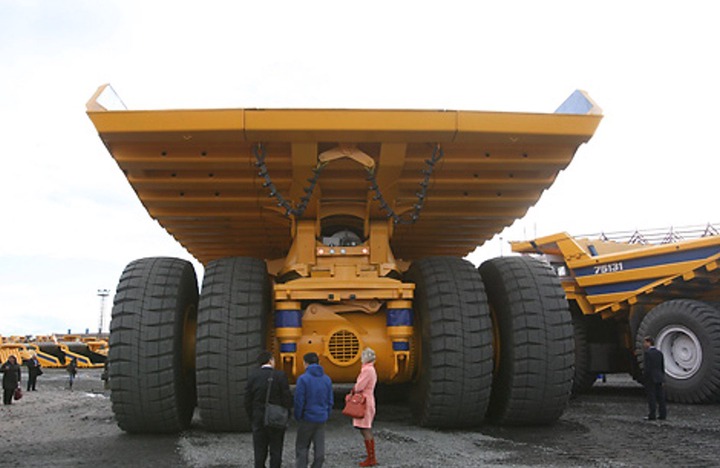 The BelAZ 75710, which was developed for a Russian mining company, weighs 360 tons, which is more than an Airbus A380 passenger airplane when fully loaded. With a payload capacity of 450 tons, it is still the world's largest and highest payload capacity haul truck.

The 797B is no exception to Caterpillar's lengthy tradition of developing monster machines. Like many of Caterpillar's vehicles, the second-generation model in the 797 series of mechanical engine haul trucks was developed and built primarily for high-production mining and heavy-duty construction applications. With a payload capacity of 345 tonnes, this is definitely one of the world's heaviest trucks on the road. 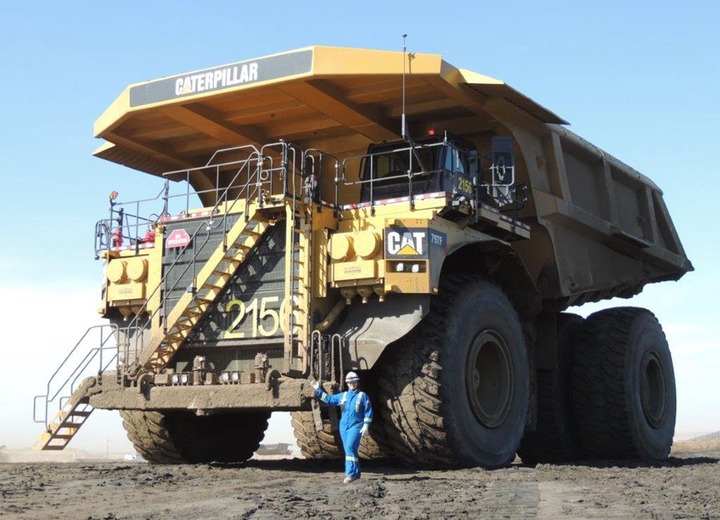 Bagger 288 is a bucket-wheel excavator with a height of 94,79 meters, a length of 220 meters, a height of 96 meters, and a weight of 13,500 tons. It was constructed in 1978. While Bagger officially exceeded NASA's Crawler Transporter in terms of size, Nasa still retains the record for the largest self-propelled vehicle because Bagger is fueled by an external power source. 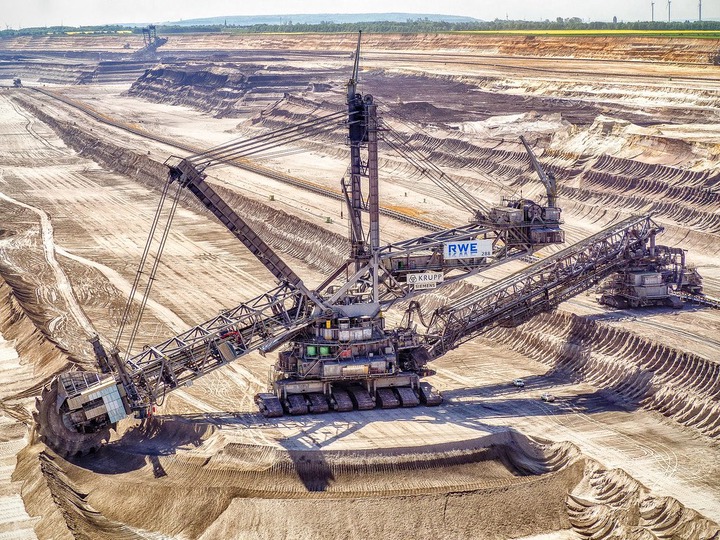 The gigantic equipment digs up to 240,000 tons of coal per day in Germany's Hambach strip mine, enough to cover 30 football fields, each 5 meters deep.

In 1965, NASA built two crawler-transporters to transport rockets to launch pads. At the time, these massive space carriers were the world's largest self-powered land vehicles, measuring 39,929 meters in length, 34,747 meters in width, and over 6,096 meters in height — a record they still hold today. The transporters, which were named Hans and Franz and weighed 2,721 tons each, cost US$14 million each and were used to transport shuttles between the Vehicle Assembly Building and Launch Complex 39 between 1981 and 2011.