Following an R2-billion investment in Toyota South Africa Motors' (TSAM) assembly plant in KZN, it was announced earlier this year that the Corolla Cross would be produced in Prospecton, from which it would be sold in the local market (from November 2021, we believe) and exported to more than 43 African countries. The newcomer is built alongside the Corolla Quest and uses the new Corolla's TNGA (GA-C) chassis. 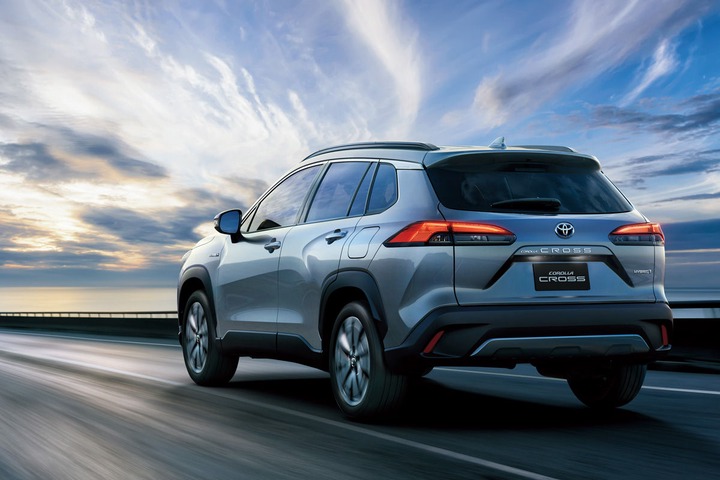 Toyota hasn't offered much in the way of SUV-styled family cars below the popular Fortuner and RAV4 until lately. Previously, the three-time #CarsAwards Brand of the Year winner only offered the boutique C-HR small crossover and, briefly, the Indonesian-made, ex-Daihatsu Rush budget crossover (plus the discontinued Etios Cross if you must), the Japanese brand will soon have a trio of compact family-car offerings... The Suzuki Urban Cruiser budget crossover, the C-HR, and the Corolla Cross round out the lineup. 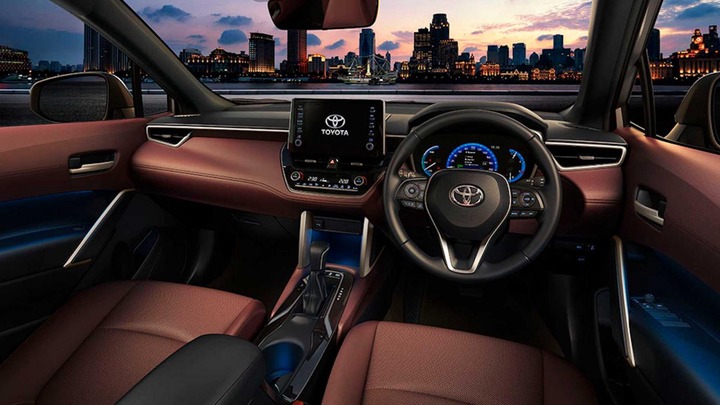 The Corolla Cross successfully combines the design language of the Corolla Sedan and Hatch models with an SUV-style body. The trapezoidal grille is flanked by large, elongated headlamps, which are highlighted by the broad, upswept lower bumper. The bumper's outside borders have deep vertical design lines that help generate a substantial frontal perspective. The substantial fender flares, complete with black cladding that matches the side skirts and bumper trim, define the side profile. In the back, big elliptical taillamps with trapezoidal design and crease lines are used. 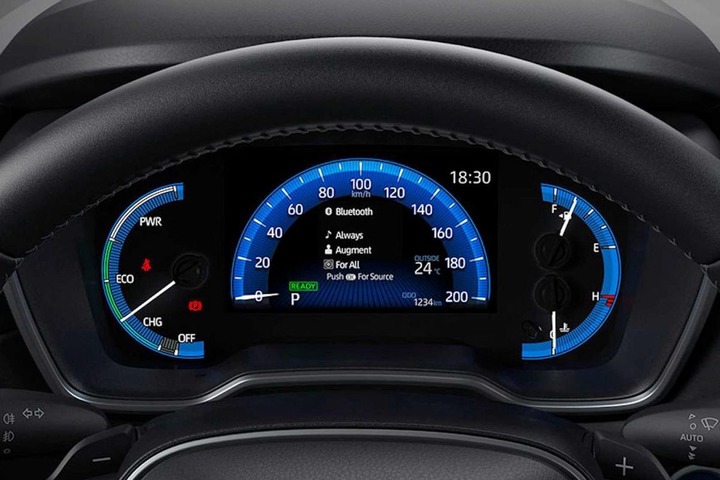 The Corolla Cross is 35 mm shorter but 185 mm taller than a Corolla sedan/hatch, despite having a slightly less modern mechanical arrangement. For example, the model's front suspension is MacPherson struts, while its back suspension is a torsion beam rather than a multi-link configuration. 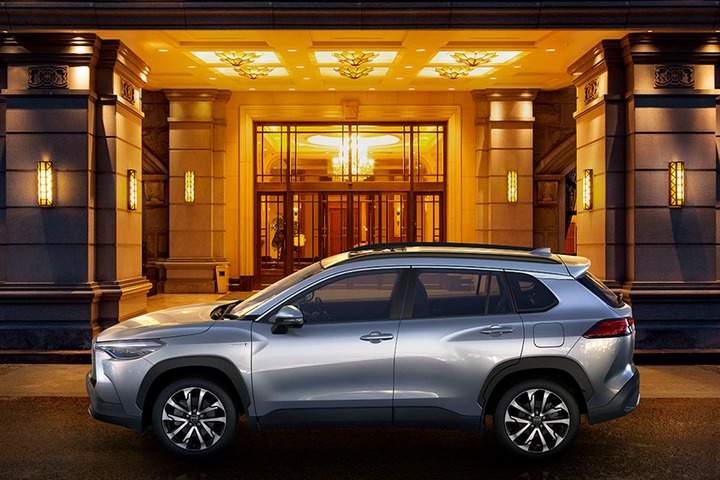 The newcomer will compete against the Volkswagen T-Cross, Hyundai Creta, and Kia Seltos, with TSAM claiming that buyers will be able to customize their vehicles with a variety of exterior accessory packages, ranging from "rugged, adventure-themed versions to sporty urban improvements."

The Corolla Cross, which is built on the TNGA (GA-C) platform, is projected to provide a smooth ride and a quiet cabin thanks to good noise, vibration, and harshness (NVH) control. The new model, according to Toyota, has a spacious cabin, simple entry and exit, class-leading storage capacity ideal for all circumstances, and safety features carried over from the Corolla series. 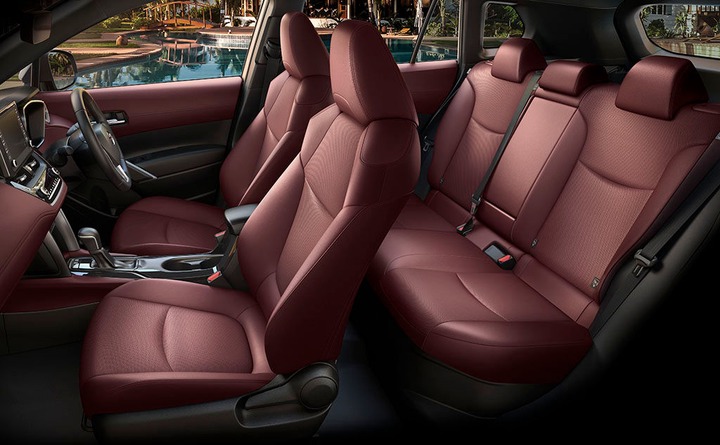 The Corolla Cross will be driven by the same 1.8-liter 4-cylinder petrol engine that powers the Corolla Quest and Corolla 1.8 XS sedan. The motor is coupled to a 7-step continuously variable automatic transmission and produces 103 kW at 6 000 rpm and 173 Nm at 4 400 rpm. For the non-hybrid variant/s, Toyota claims a fuel consumption value of 6.8 L/100 km. 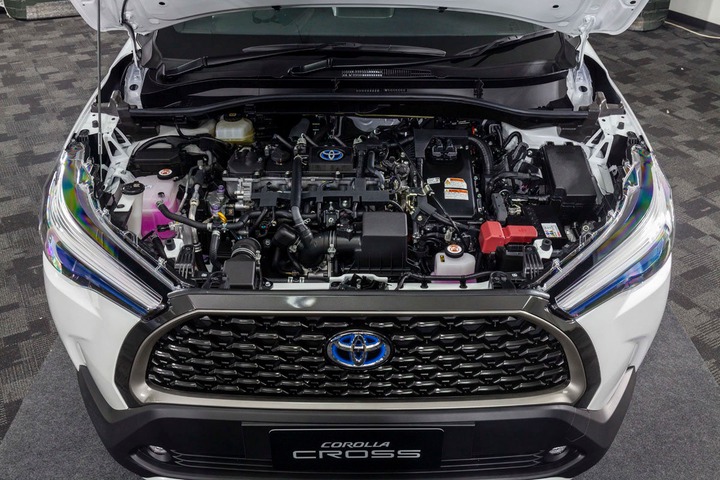 Meanwhile, the petrol-electric hybrid variant will most likely be the most cheap hybrid vehicle in South Africa because it will be exempt from the premium tax placed on imported hybrids — at least for the time being. 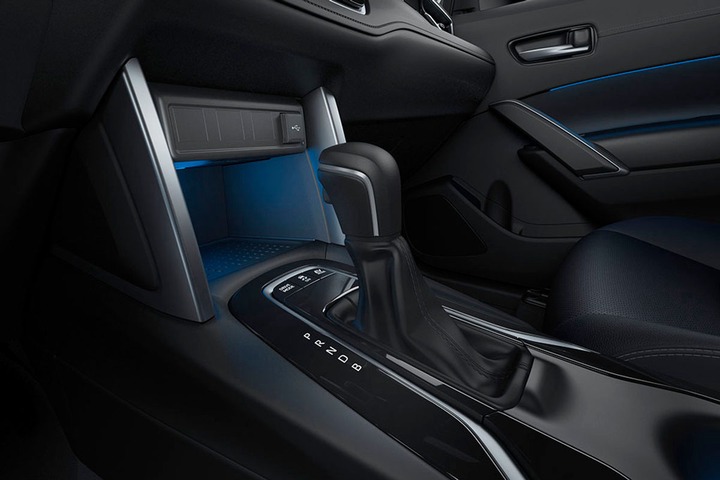 The Hybrid will use a 72 kW/142 Nm Atkinson-cycle 1.8-litre petrol engine in conjunction with an electric motor and battery, just as the Toyota Prius (and future Corolla Hybrid). The internal combustion engine (ICE) has a high thermal efficiency of 40% (for a petrol engine), and the Japanese manufacturer has recently improved the motor's gas flow, combustion, cooling, knock control, and exhaust gas recirculation/heat recovery system, which means more fuel can be saved because the hybrid system can deactivate the ICE earlier... and more frequently. 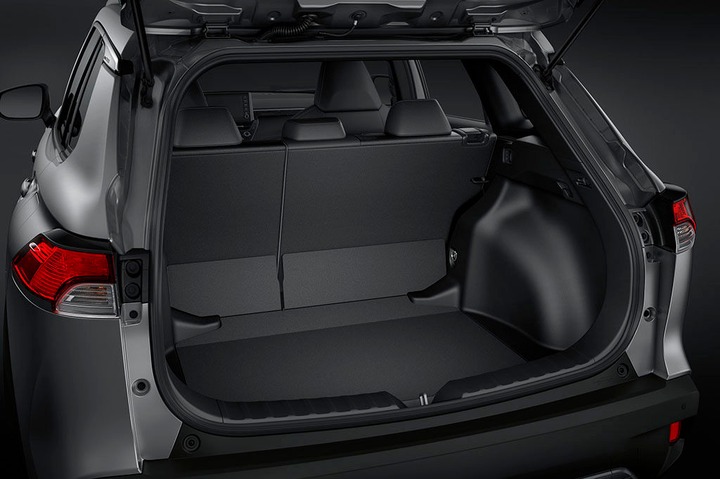 The electric system has improved with a more compact package that is lighter in weight and less expensive. The hybrid battery has a better energy density, which implies that its power output remains unchanged despite a 10% reduction in size. In the same amount of time as the previous design, Toyota claims it can absorb 28 percent more energy (either harvested via regenerative braking or generated by the petrol engine).

The electric motors themselves are smaller, but their power-to-weight ratio is increased. The electric motor adds 53 kW and 163 Nm of torque (at full capacity) to enhance the overall system output to 90 kW (due to transmission reduction losses, the combined value is not an aggregation of the two power sources). 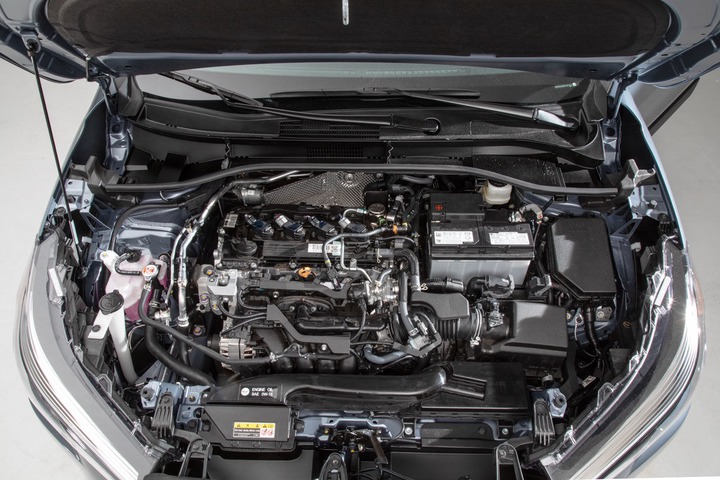 A specific EV mode is also available, which limits the vehicle's operation to near-silent, full-electric propulsion (battery state-of-charge dependant). The Hybrid configuration is designed for low-speed driving scenarios, such as rush-hour traffic, where the petrol engine is automatically turned off and the car can be driven only on electric power, consuming the least amount of fuel feasible. When reversing or coasting on a level road, EV operation is also used.

A CVT is also used in the petrol-electric hybrid powertrain. A "starting reduction gear" is used in all of Toyota's current hybrids to boost acceleration from a standstill and create a more direct-drive feel when taking off. 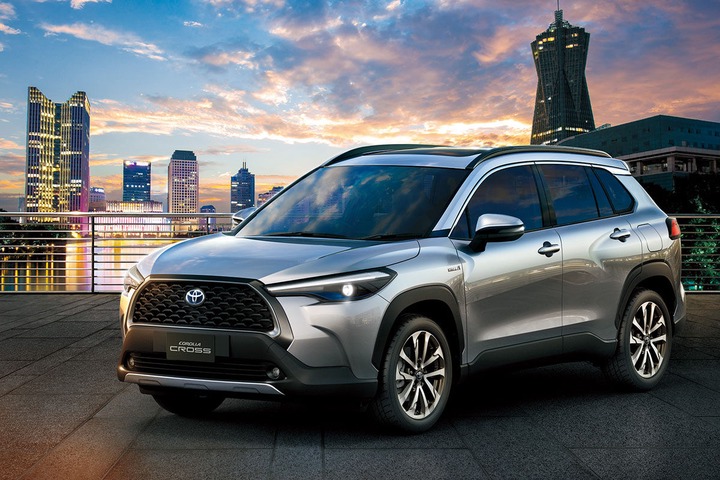 In terms of fuel efficiency, the Corolla Cross Hybrid is said to consume an average of 4.3 L/100 km (in-town and high conditions) and has a CO2 index of under 100 g/km

For the 2019 Corolla Cross, Toyota South Africa has retained its customary trim level designations of Xi, Xs, and Xr. The Xi is the first model in the lineup, and Toyota claims it is geared at people looking for a good deal on a car. The mid-tier Xs adds more convenience features and comfort, while the top-tier Xr comes with larger wheels, more functions, and a more attractive design.

The Xi has color-coded bodywork, keyless entry, power-adjustable and auto-retractable external mirrors, LED taillamps, and automated light control, despite being the entry-level variant. Four cupholders, stowage binnacles, 60/40 fold-down rear seats, and steering switches are among the interior features. Cruise control, air conditioning, a 12-volt power outlet, one-touch power windows all around, and a Multi-Information Display (MID) round out the feature set.

Foglamps, an upgrade to LED headlamps, Park Distance Control (PDC), and rain-sensing wipers are included in the Xs level. The interior trim has been improved to leather, the air conditioning has been upgraded to dual-zone, and the Multi-Information Display (MID) has been upgraded to a TFT-type. There's also a backup camera, Apple CarPlay/Android Auto compatibility, and two additional USB ports.

Finally, the Corolla Cross Xr adds even more safety features, as well as 18-inch wheels and other convenience amenities.

Customers who purchase the top-of-the-line Xr vehicles will receive additional convenience and safety features, as well as an upgrade to 18-inch wheels.

How much will the Toyota Corolla Cross cost in SA?