Motors that float La Dolce is similar to the Fiat 500, but for the sea.

By UpdatedDaily (self media writer) | 14 days ago

Humans have been attempting to mix vehicles in unusual ways for as long as they have existed.

We've had attempts to build boat airplanes and flying cars over the years, and some of them have been relatively successful. None, however, were able to give birth to a new, widespread mode of vehicular transportation. 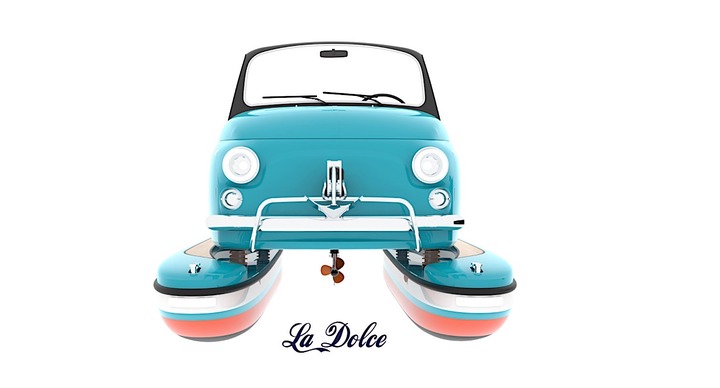 Floating Motors, a startup born from the minds of people who are usually in the business of coming up with crazy ideas, Lazzarini Design, is one of the most recent companies to try and blend two worlds. These guys aren't exactly attempting to combine the benefits of solid-ground driving with the pleasure of navigating the sea, but they're getting close: they're attempting to transplant the design of cars we know and love onto motorboats.

We recently gave you an overview of Floating Motors, revealing everything they have to offer at such a young age. We'll try to give you a more in-depth look at each of the contraptions the group already has on the table starting this Sunday. 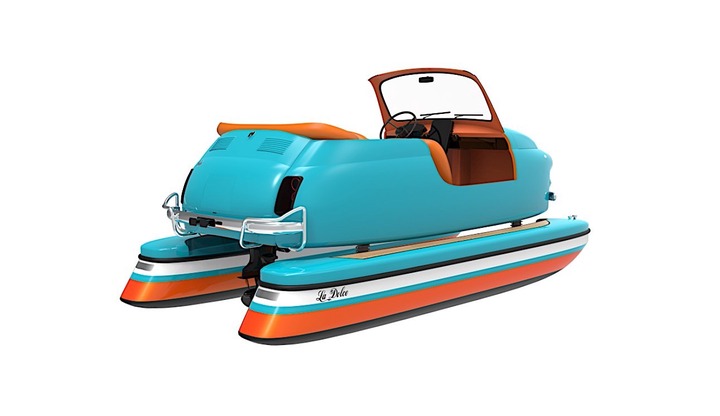 And we'll start with the La Dolce, a Fiat 500-inspired boat that can carry four people on trips around the coast in one of the coziest waterborne machines you've ever seen.

The La Dolce is designed to look like the Italian minicar from the company's golden years, not the one we're getting now. It has the two iconic, round headlights up front, a proper windscreen, and a chrome bumper, even though it probably won't need one. The project has no roof, as most boats of this type do not require one, and no doors.

Even though the La Dolce's front end and overall shape scream Fiat 500, the rear end is a completely different story. Instead of ending where the road vehicle does, the boat has a Mercury MerCruiser outboard motor at the back. 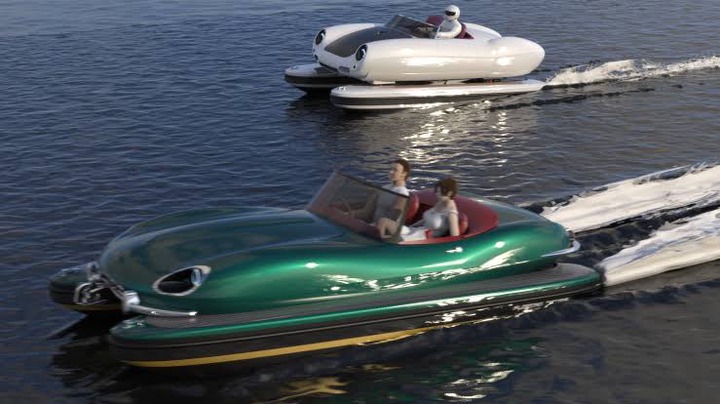 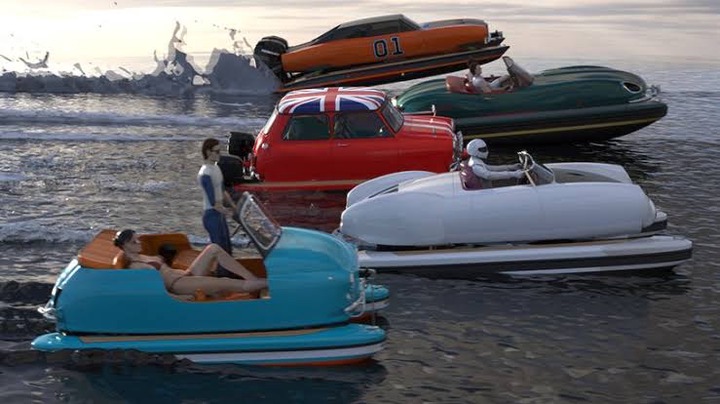 Now, that's just the standard configuration, and Floating Motors will charge people $30,000 for it, which is roughly the same price as the car it's based on. 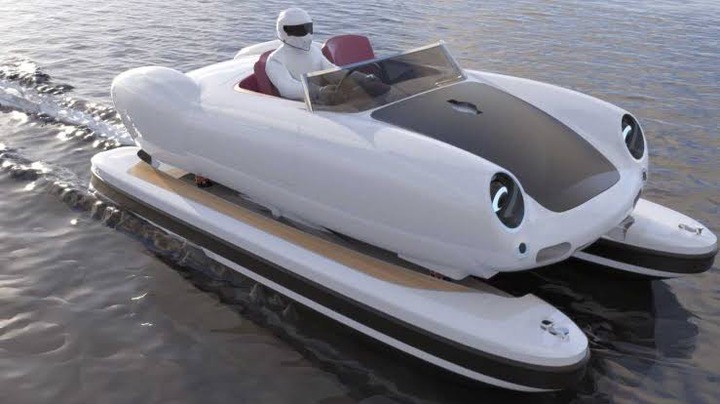 However, there is another version that costs nearly twice as much. 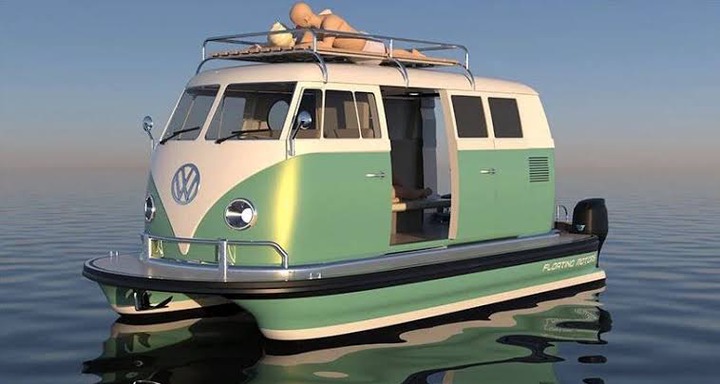 We're talking about a La Dolce outfitted with a Torqeedo electric outboard motor. This one is much less powerful, producing only 20 horsepower and propelling the boat to a top speed of 25 knots (29 mph/47 kph). We haven't been given any information about the vehicle's range, but we do know that the fact that it's electric justifies a higher price. In this instance, the cost would be $50,000. 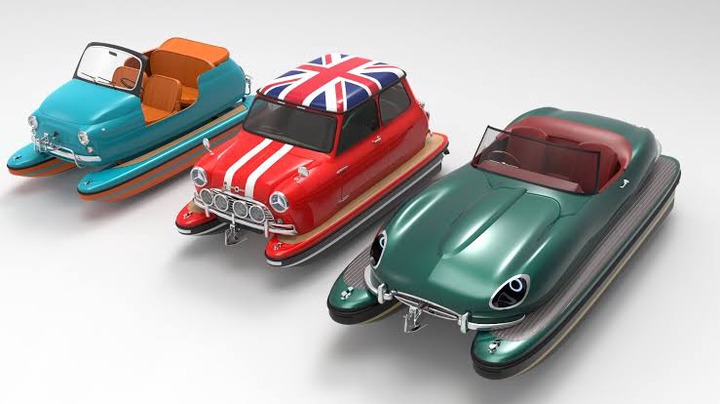 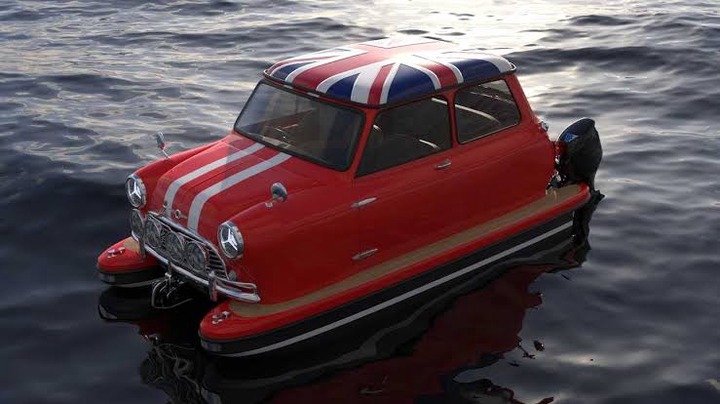 At the time of writing, Floating Motors is accepting reservations for the La Dolce, with a delivery time of approximately eight months for either version. To get things started, a $5,000 down payment is required. 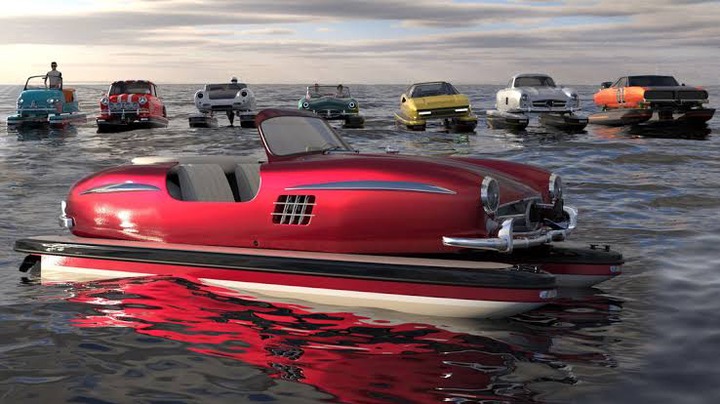 There is no information yet on how many people have expressed interest in this model or the others that the company is developing.