Costs, Facts, and Figures for the 2022 Bentley Flying Spur

Bentley's flagship four-door luxury sedan is available in three configurations: W12, V8, and V6 Hybrid. Learn everything there is to know about the 2022 Flying Spur right here. 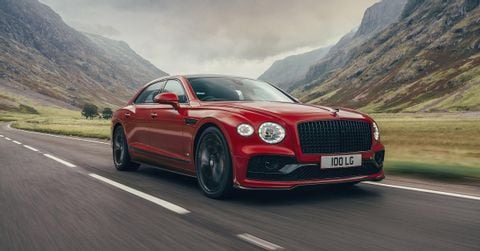 The Mulsanne's demise has elevated the Flying Spur to the status of Bentley's most expensive four-door luxury sedan. Knowing that the Flying Spur has big shoes to fill, Volkswagen-owned Bentley has been working hard to bring the third-generation model up to speed. 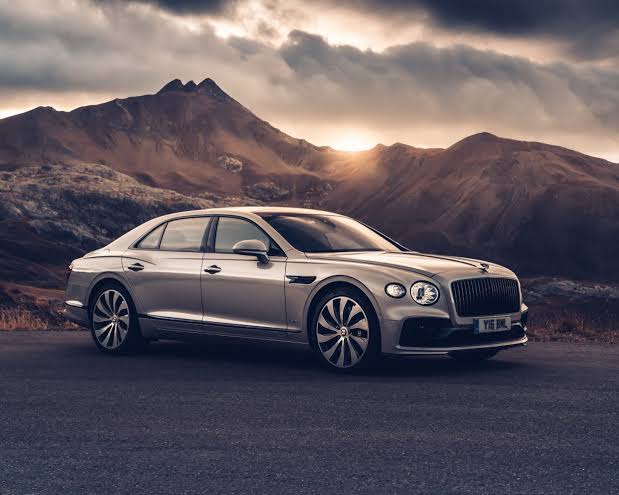 When it was first introduced in 2019, the Flying Spur was only available with a W12 engine. Later, a V8 engine was added, and now, for 2022, the Luxo-barge has been outfitted with an environmentally friendly V6 Hybrid. A bespoke Mulliner version of the sedan is also available, which is even more exclusive and features exquisite and one-of-a-kind detailing. 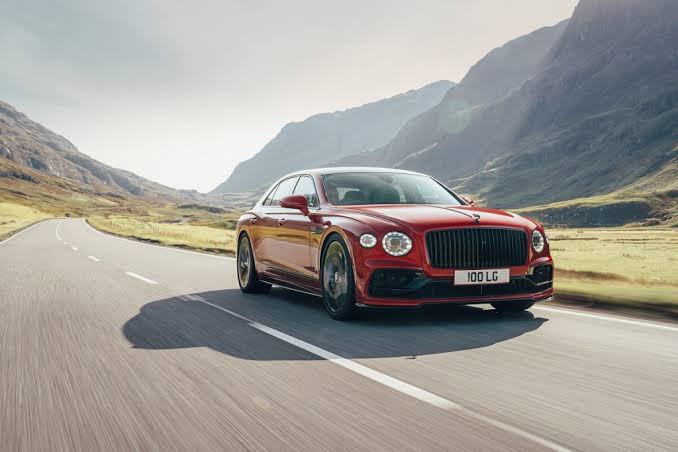 The Flying Spur may belong in its own category, but deep-pocketed luxury car buyers won't mind paying more for the Rolls-Royce Ghost or even the comparably priced Mercedes-Maybach S-Class. However, both the Rolls and Maybach are designed to pamper rear-seat passengers, whereas the Bentley is more of a compromise. 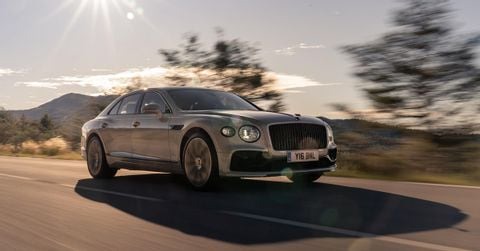 The Flying Spur caters to the needs of various segments of luxury car buyers by offering three engine options. For example, if you need a big brute and believe in the no-replacement-for-displacement formula, the 6.0-liter twin-turbo W12 is the one to get. The engine produces 626 hp and 664 lb-ft of torque, and when combined with an 8-speed dual-clutch automatic transmission and AWD, the Flying Spur can accelerate from 0 to 60 mph in 3.7 seconds! The top speed of 207 mph is equally mind-boggling, as it is much faster than some of the market's supercars. 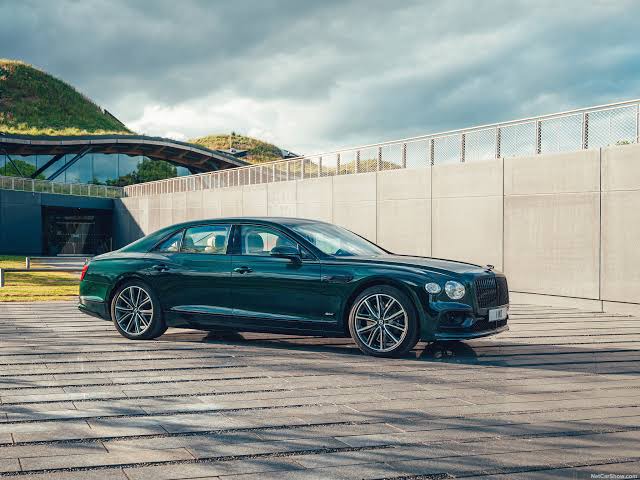 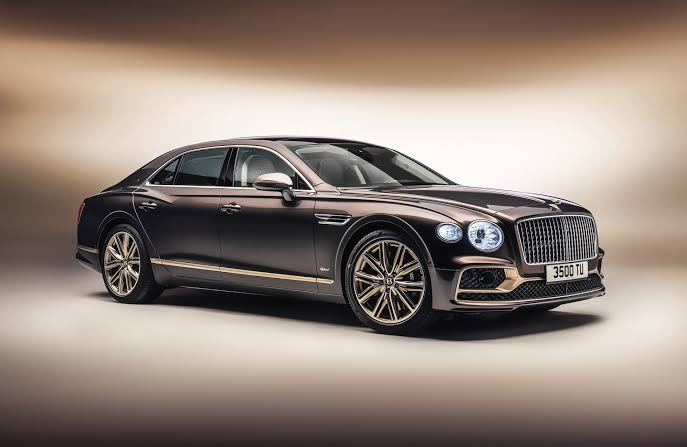 Last but not least, there's a new hybrid version for eco-conscious business owners. This powertrain, which is powered by a 2.9-liter twin-turbo V6 and a 14.1kWh Lithium-ion battery, is capable of producing 536 hp and 553 lb-ft. Despite being the heaviest model in the lineup, the Flying Spur Hybrid can accelerate from a standstill to 60 mph in 4.1 seconds and has a top speed of 177 mph. The Hybrid model, on the other hand, can be driven in EV mode within the city and is expected to have a range of 25 miles. According to Bentley, charging the battery pack will take approximately 2 to 2.5 hours. In addition, the company claims a driving range of 435 miles (a full tank of fuel and battery range). Isn't that good for a $200,000 car? 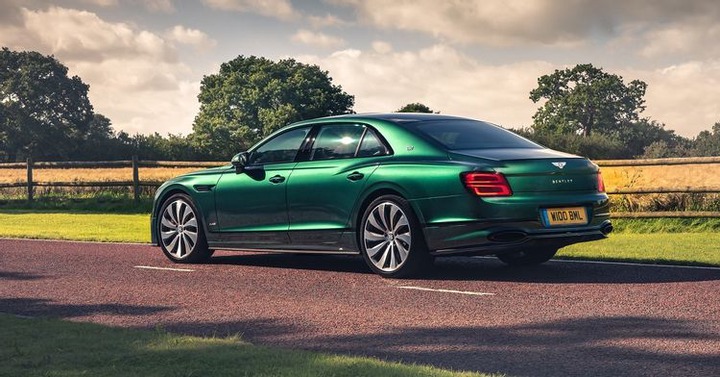 Bentley is one of the few automakers that understands luxury and comfort, and the Flying Spur lives up to the brand's reputation. This flagship saloon's cabin is nothing short of a palace. It's an excellent example of hand-crafted opulence, with swaths of leather, high-quality veneers, knurled controls, and Flying 'B' logos all over. The W12 has 15 different leather color options, whereas the V8 and Hybrid only have five. All three come standard with Alcantara headlining and 'Crown Cut Walnut' veneer. 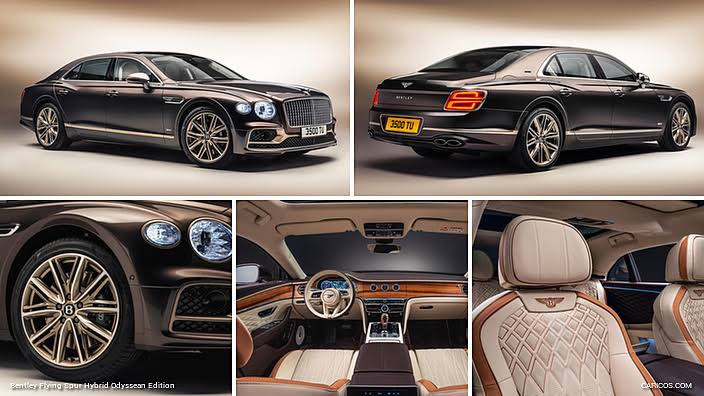 Each Flying Spur comes standard with a 12.3-inch touchscreen infotainment system and a digital driver display. 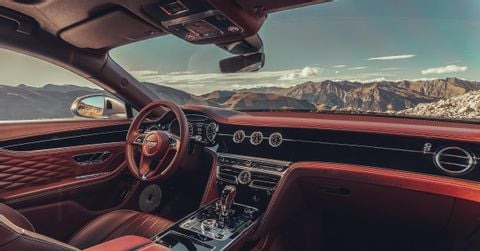 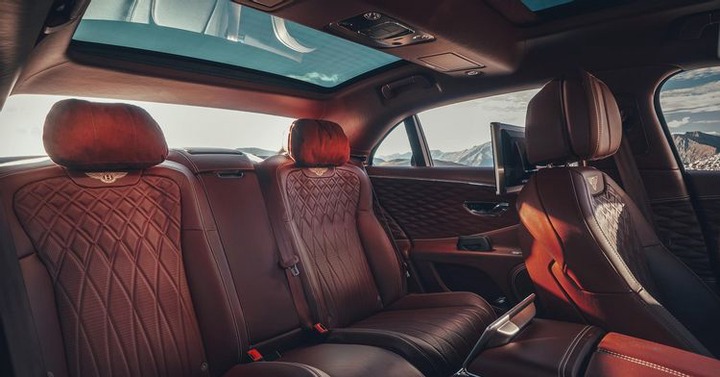 Some of the exquisite optional extras include a rotating display that transforms the touchscreen into a wood panel with three analog dials (a temperature gauge, a clock, and a compass). Rear seat passengers can also have their own Entertainment Tablets as well as a two-bottle drinks cooler on board (fridge). Buyers can choose between two optional sound systems: a 16-speaker Bang & Olufsen system or a 19-speaker Naim system. All three models come standard with full LED headlamps with matrix technology.

If you want your Bentley to be truly one-of-a-kind on the inside and out, you can always opt for exclusive Mulliner personalization options.

The V8 version of the 2022 Bentley Flying Spur starts at nearly $195,000. The Flying Spur Hybrid, which costs $204,000, comes next (approx.). The W12 version, which costs more than $225,000, is at the top of the range. These are, of course, indicative prices. Furthermore, because the Flying Spur is a highly personalized luxury item rather than just a car, no one will pay the 'base' price.