Lowriders have evolved from a fad to an important part of American car culture, but some vehicles do it better than others. 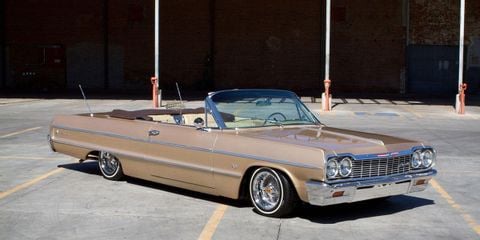 Lowriders have existed since the 1940s. However, they gained popularity in the 1990s and were regarded as one of the coolest rides on the streets. Many car enthusiasts of the time would bring their 1960s or 1950s sedans, coupes, or even trucks and convert them into lowriders. Today, there are many low-riders, which are race cars, sports cars, or even hypercars with lowered suspensions to increase stability and downforce. However, they were usually these relatively slow cars that barely avoided ground contact and could literally hop around with hydraulic lift-kits a little more than a decade ago.

Consider some of the most popular hip-hop songs from the time, and you'll notice a sweet lowrider in every second or third video. Similar to how trucks are associated with country music. Many people consider these cars to be the epitome of "Cool" when they are driven at extremely low speeds while a musician busts some rhymes next to or inside them. You can't simply lower any car, apply enigmatic paint, some abstract design, and equip small white-walled wheels and call it a lowrider. To be considered a great lowrider, these vehicles must have a specific shape, design, length, and appearance. Performance isn't as important here as the car's glamour, elegance, charm, appeal, beauty...you get the picture. Here are ten of the coolest lowriders made from such vehicles. 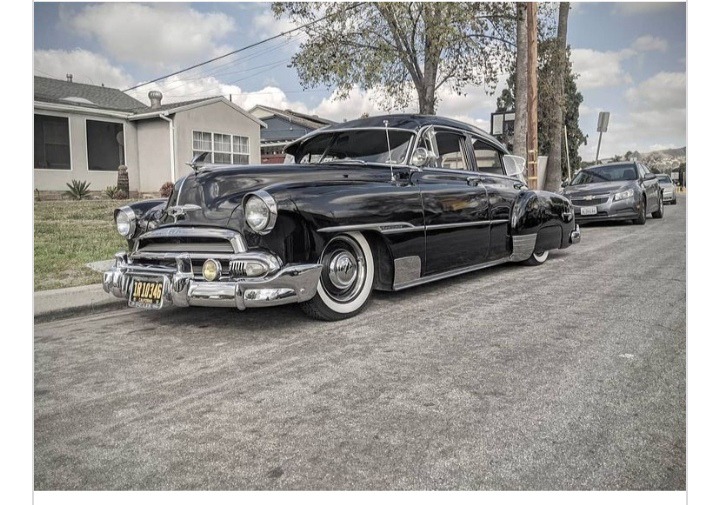 If history is any guide, expect to see plenty of Chevys, Cadillacs, Buicks, and other American classics. The 1951 Fleetline is a fastback that melted hearts as much as it tore up asphalt. 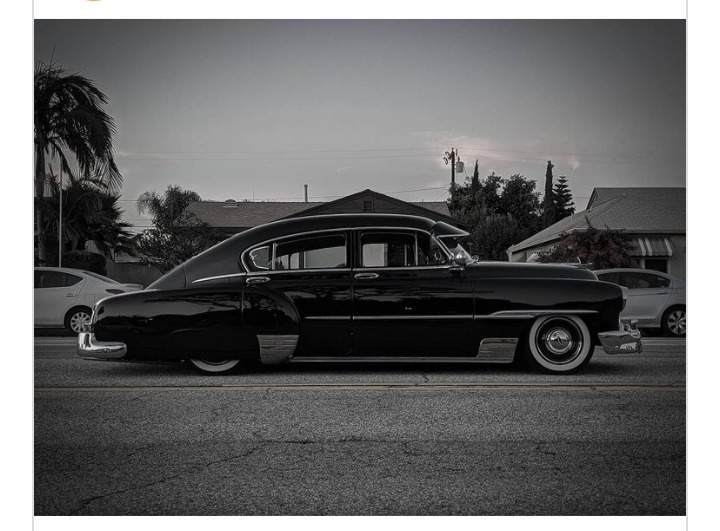 The hood bulged up in the center, surrounded by the iconic round headlamps on the front, and large fenders completely concealed the rear wheels on the sides. 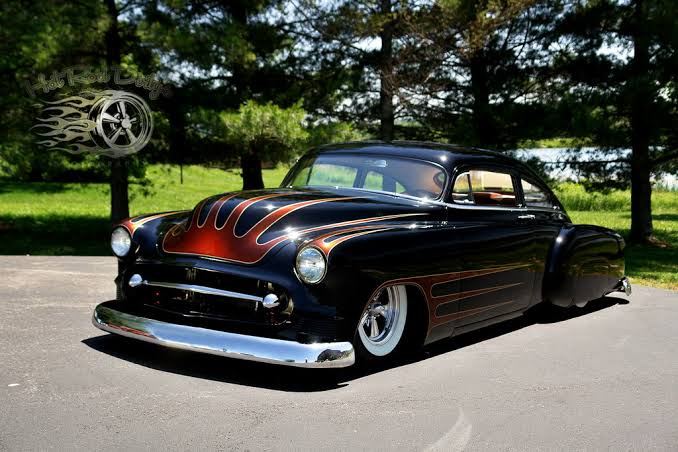 The coupe fastback rear seamlessly connects the edge of the roof to the rear bumper, resulting in a truly iconic car. Add a cool paint job, lower the suspension, and cruise it around the block to catch everyone's attention. 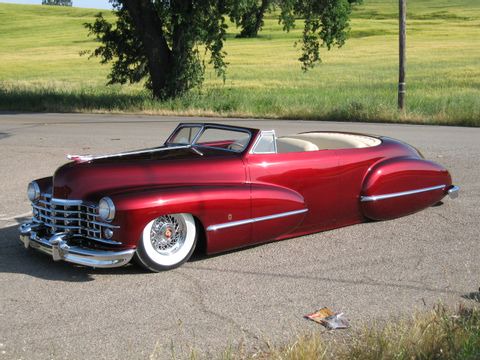 When it comes to hopping up and down, the Series 62 is not the most hydraulically friendly. However, when its body panels gently touch the ground below, it is clear why people would want to convert it into a lowrider. 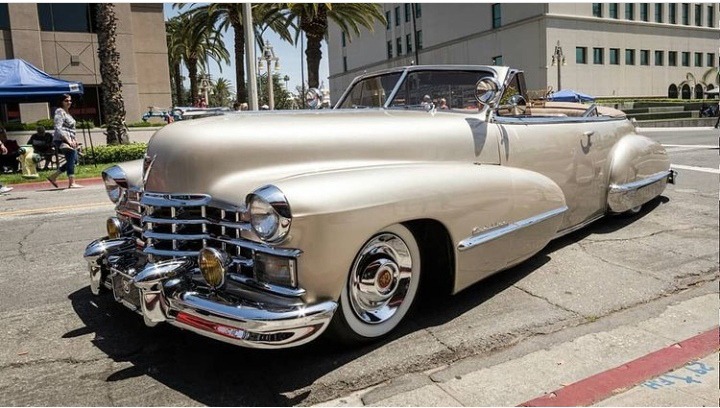 Unlike other more obvious options, this one requires a little more faith and sincerity to transform into a stunning lowrider. 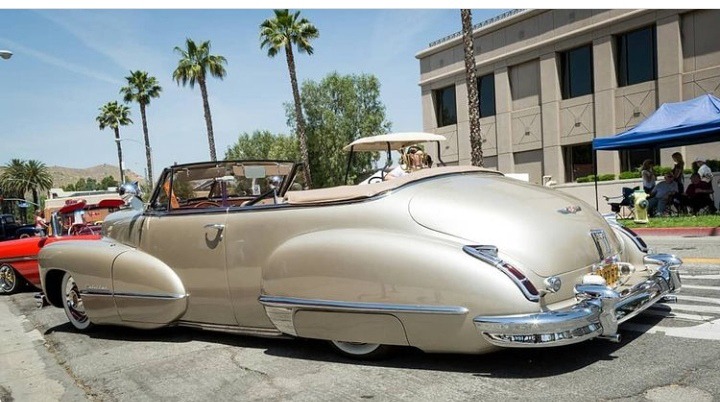 But once the work is done well, the end result is well worth it. These cars are rare, so we don't see many of them, but some of them are absolutely stunning. 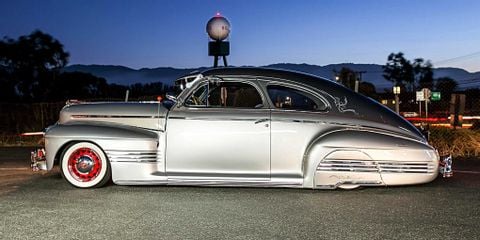 It is commonly observed that larger cars make for more visually appealing lowriders. The 1941 Torpedo is the largest car Pontiac has ever built, so it's only natural that it looks great when slammed down. 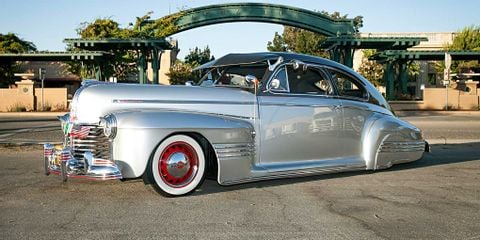 It has a massive 4.1 Liter engine with a power output of 103 HP, which was impressive at the time. You wouldn't bet on its power or top speed of 90 mph to win any races today, but who needs to go fast when you can relax and glide across the pavement in such a way? 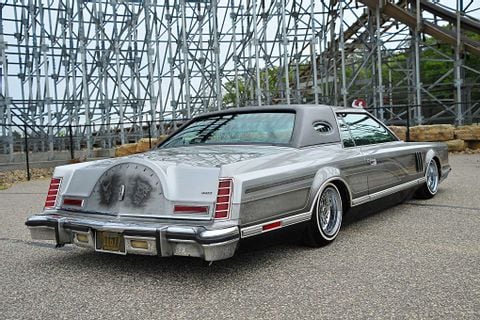 This list includes yet another vehicle that is not a Chevrolet. The Continental is one of those cars that genuinely piqued people's interest. The chassis and body are designed to allow for a great deal of customization. 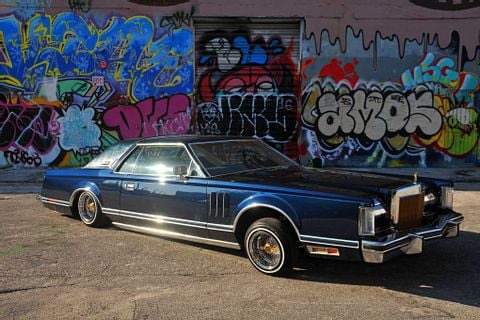 Because of the lowered stance, this already long Lincoln appears even longer. With some fancy wheels, a catchy paint job, possibly some hydraulics, and a cool livery, this gentle-looking Continental will become one of the most eye-catching on the block. 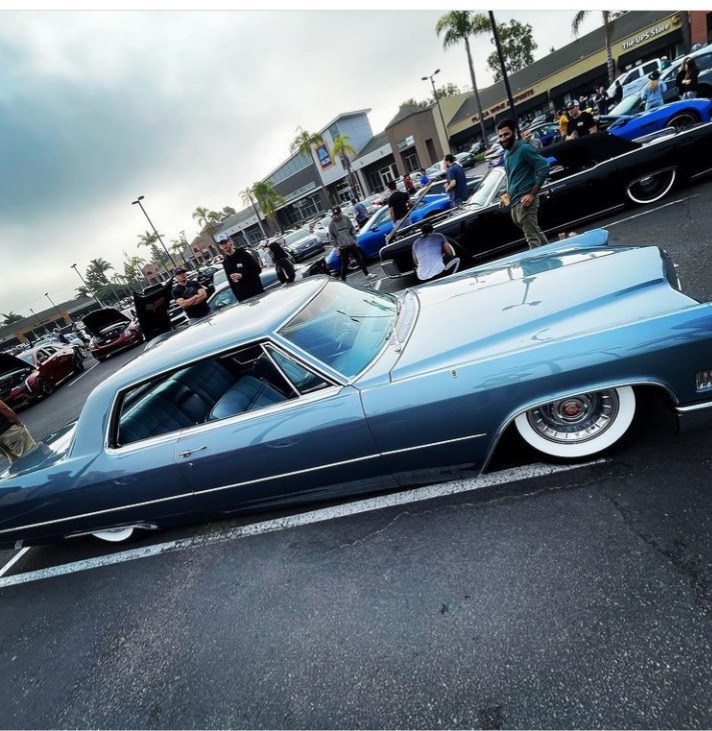 Cadillac, contrary to popular belief, was once known for producing some amazing automobiles. The Coup Deville, one of Cadillac's best-selling models, is a fine example of the era. 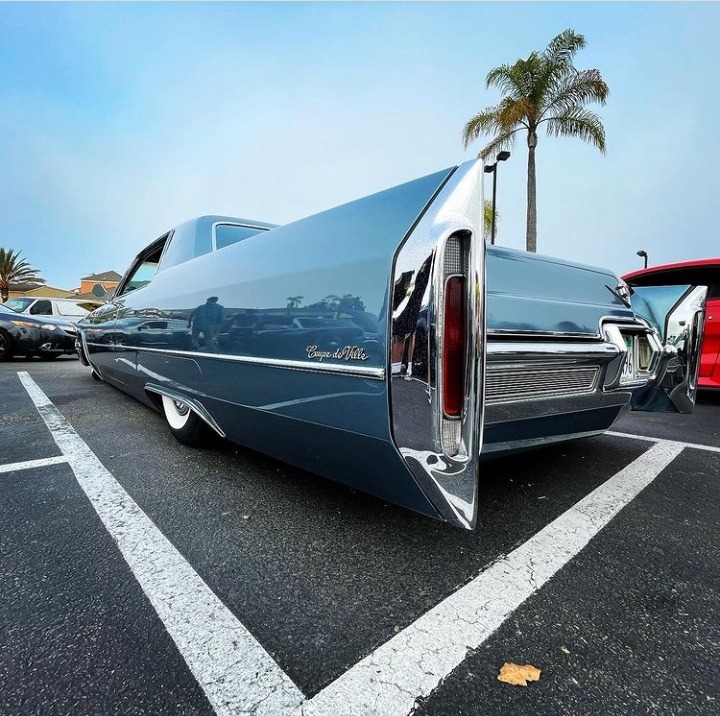 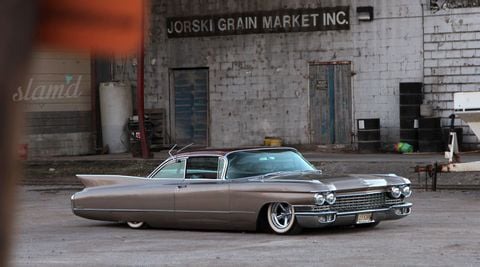 It would probably feel like driving on a smooth path covered in Land O'Lakes butter. 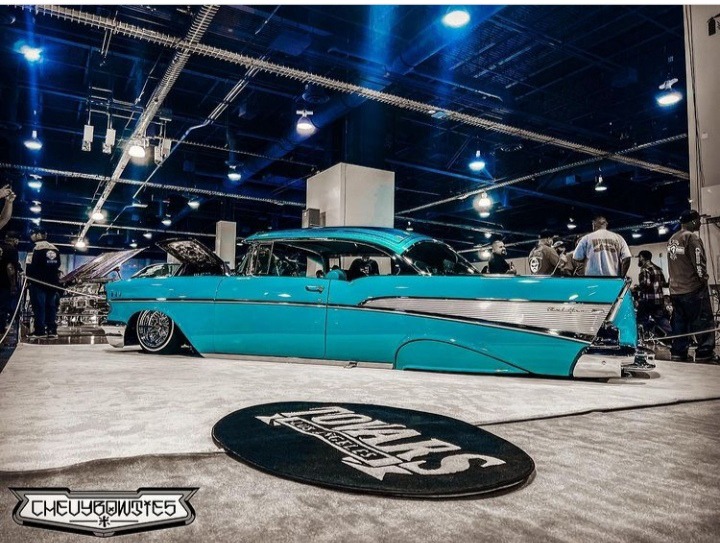 If you have around $40,000 to spare, you can get a nice, well-kept 1957 Chevrolet Bel Air. Have an extra few thousand dollars lying around? Now you can turn it into a sick lowrider and draw attention wherever you go. 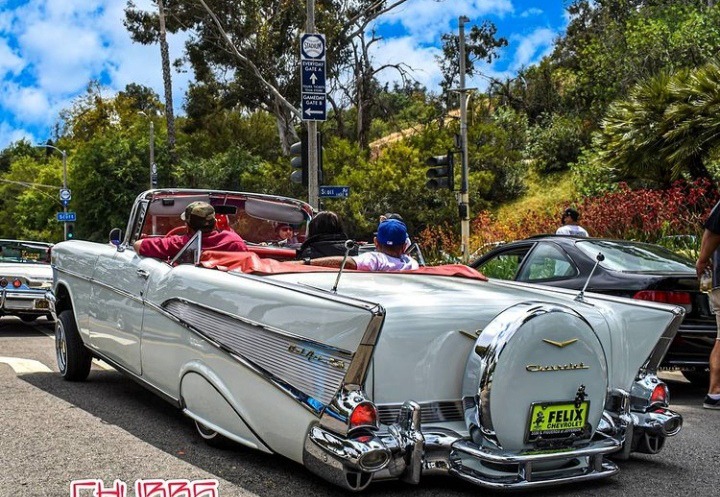 In comparison to other '50s classics, the Bel Air has a bold design. It was not only a significant achievement for Chevrolet, but it also allowed other manufacturers to experiment with their designs. The Bel Air is an important piece of history as well as a charming piece of architecture.

The '64 Impala exemplifies the lowrider scene more than any other vehicle. The Impala, also known as "The '64," is to lowriders what a Harley-Davidson is to cruiser bikes. Its side profile is one of the most recognizable, thanks to an all-around sleek design. 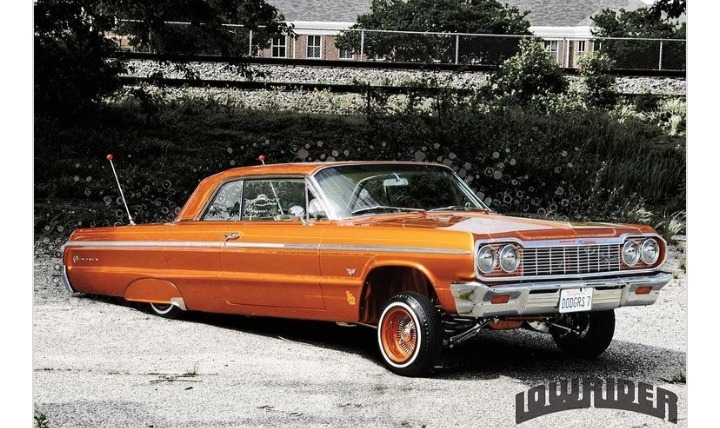 As a result, you can do minimal work on it, such as lowering its stance, and it's essentially a ready-to-roll lowrider with little fuss and hassle. Its appearance in numerous Hollywood films aided in making it even more desirable. 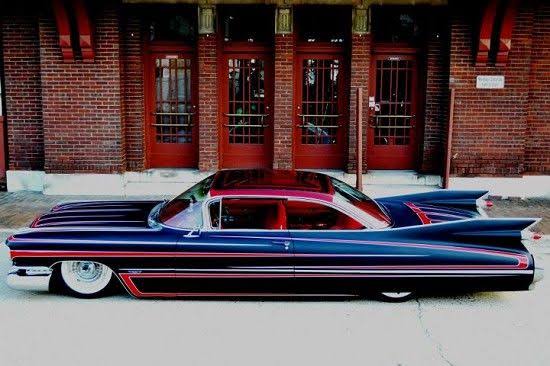 There's a reason a 1959 Cadillac Eldorado costs more than $100,000 today. Some auctions even reach a quarter million dollars! When a lowered car wants to look classy and elegant, a long winding chassis comes in handy. 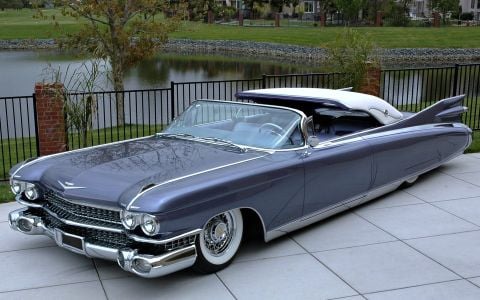 The tail light, in fact, the entire rear, receives bonus points for style. Whether you choose a 4-door hardtop or a 2-door convertible, an Eldorado will rock any combination of lowrider customizations. 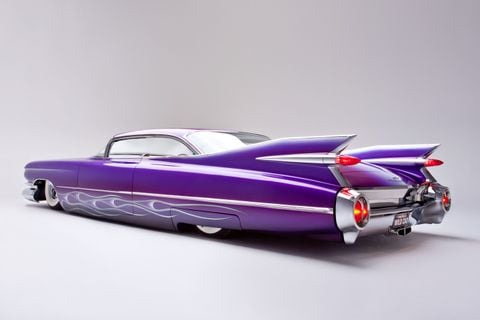 These images are most likely proof of that.

7 Kinds Of Panties Every Lady Needs To Have In Her Wardrobe.