By RSA_News (self media writer) | 3 months ago 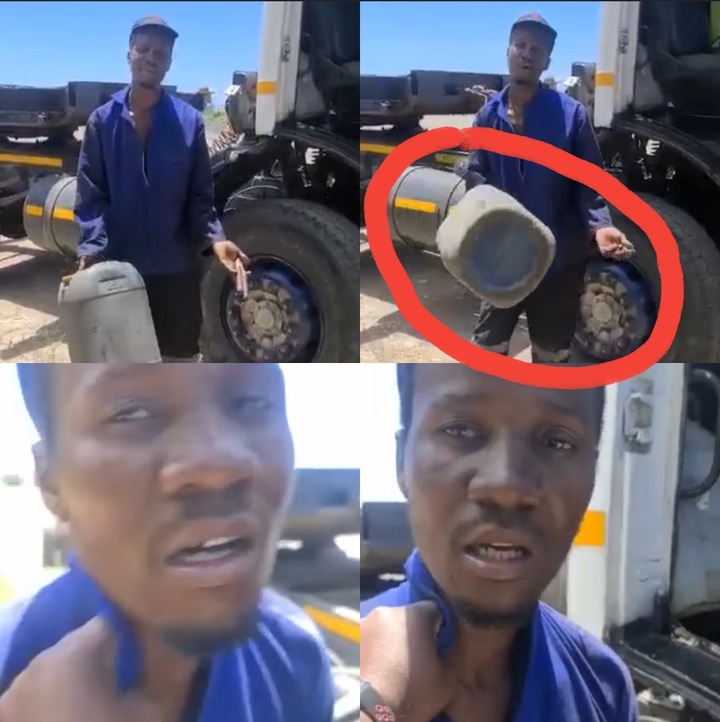 It is an incident where a truck driver was basically caught in the act trying to steal the diesel from the truck, and the owner of the truck was following him at the time. 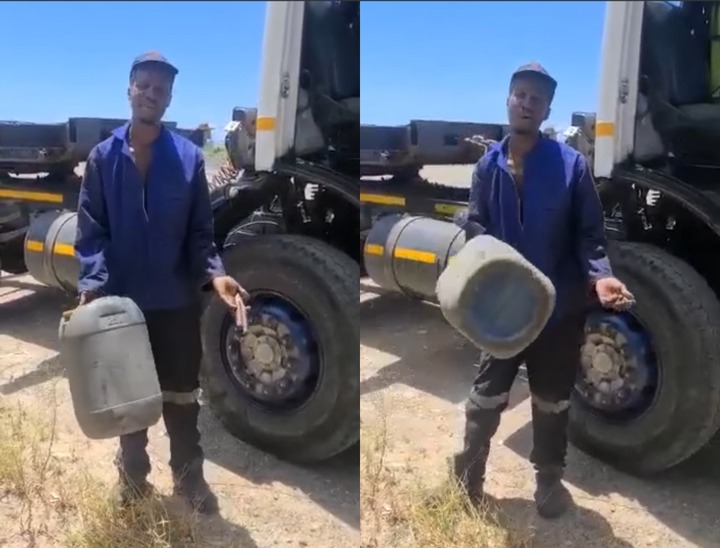 However, he was not aware because they did not inform him they grew suspicious when the bill for the diesel went up and remained high for that time despite the fact that the petrol hasn’t really increased exponentially.

So the owner was suspicious and he went on to do his personal investigation, where he closely monitored the actions of the truck driver until he discovered him parked by the side of the road stealing diesel from his vehicle and he grew concerned.

That is when we see him record the encounter and basically assaulting the driver while questioning him about his intentions as he was caught with a plastic container and a tool which is believed to be used to open the pipes of this truck to steal diesel, it is believed that a lot of these activities are being conducted around the country.