In South Africa, people who drive cars with big engens always make time to show off what their vehicles are capable of, they either speed on the roads putting other road users' lives on the line since when they are speeding, anything Can happen anytime. Some of them show off by just spinning it on a busy street, by so doing they happen to be obstructing the flow of traffic as on-lookers watch and cheer them up while others whistle and all those, the same thing happened in Durban on Tuesday afternoon, a Ford Mustang driver left the traffic officers in smoke after spinning his orange vehicle. 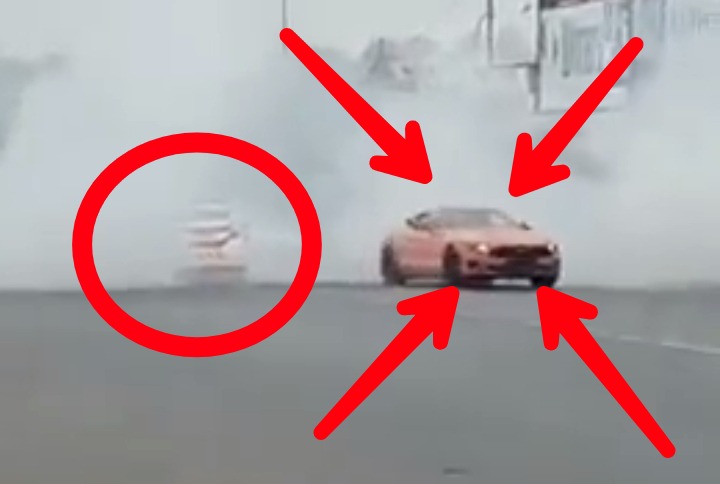 A video has emerged on social media where a man who was driving a Orange Ford Mustang decided to do what other vehicles can not do, he decided to show off to the cops that he is driving a car with a big engen and they would never catch him even if they were to try chasing him down the street.

On the Video, after refueling his Mustang, he decided to cut off a KwaZulu-Natal cop car which was marked, he just drove straight on to the street and started spinning his car around about three times, forcing the cops to a complete hault since they could not see anything because of the thick smoke caused by the spinning car. 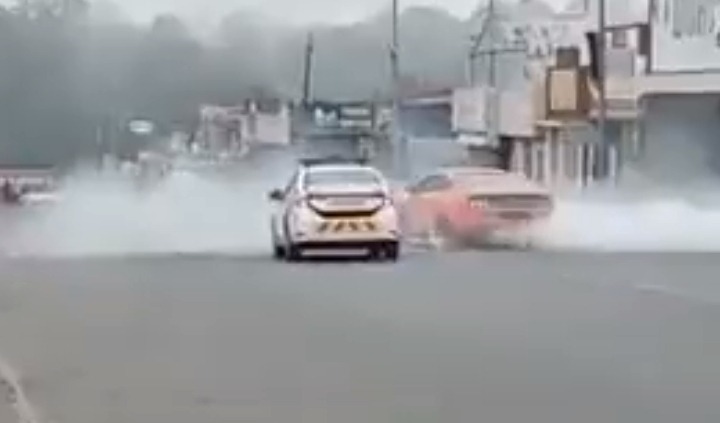 After his few spins, smoke was all over the street and people were shocked to see what he was doing in front of the cops, the Mustang 5.0 GT motorist pulled out his hand, he pointed at the cops while saying something (probably telling them to catch him of they can), before speeding away leaving the the cops shocked on Church Street in Vryheid. 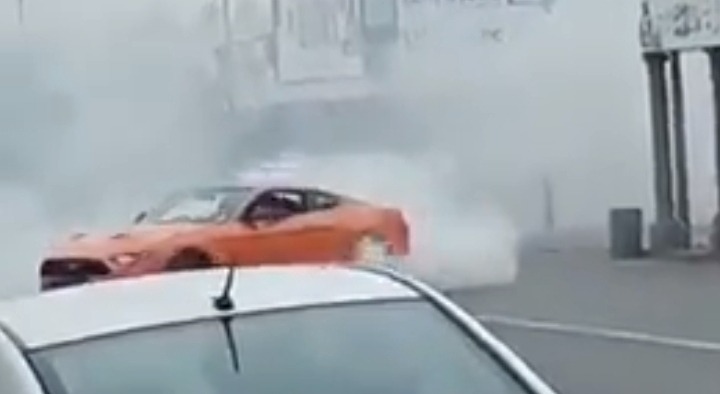 "U zo boshwa loya, u se nkingeni lo," (He will get arrested, he is in big trouble), those were the words of the on-lookers after they saw what the man was doing righ in front of the cops, but he drove away and left in the middle of the thick smoke he caused. 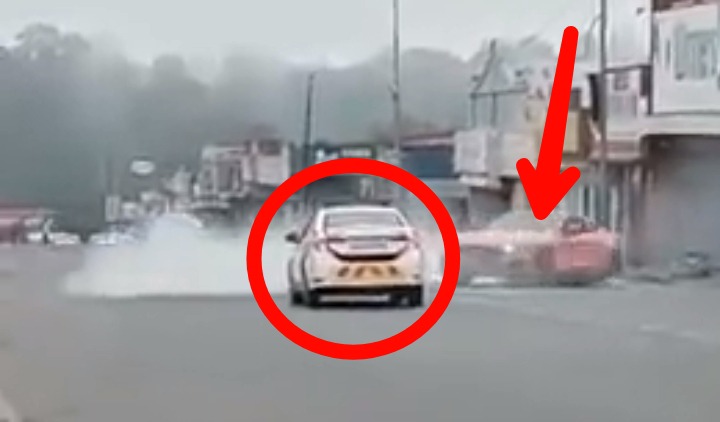