By TheCarGuy (self media writer) | 23 days ago

Just in case some of you read the title and, out of habit, came away thinking the Opel Corsa is twin-turbo, we'd like to state once again that it is, in fact, twin-engined - i.e., it has two engines. 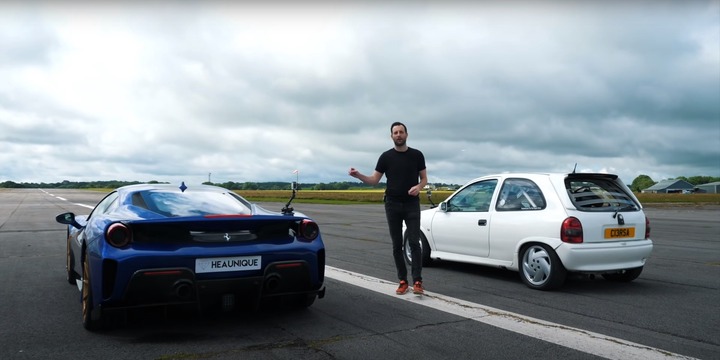 It may sound weird but the practice of having two engines working together isn't that alien to drag racing. However, this build is a little uncanny, and for two reasons: firstly, because it has the two engines mounted separately, one in the front, and one in the back, and secondly, because the engines are mounted transversely.

It uses two Opel two-litre inline-four engines, but the details on the two power plants end here. Given the power output, we can only imagine both units are heavily built and feature at least one turbocharger each, but sadly the video doesn't provide any more information. 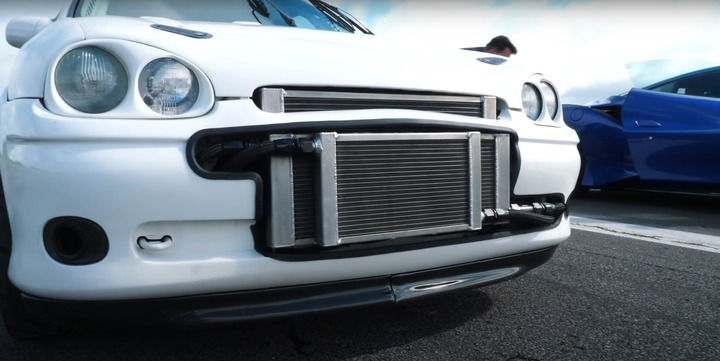 It does say, however, that the entire setup produces 1,200 hp and 1,300 Nm of maximum torque, which would be impressive for almost any type of vehicle, but it's even more so for one that weighs just 1,250 kg.

Then again, looking at the car, you start wondering where all those pounds go? The thing is stripped naked with only a seat and the beautifully intricate mechanic bits that make it go so fast. And, just in case there were still a few people who didn't think this Corsa was mad enough, the minuscule drag racing monster gets a full set of pedals and a six-speed manual transmission.

Well, no need to imagine because the guys at the fresh YouTube channel called Driven Media have staged a race against a Ferrari 488 Pista. The Italian supercar has the same number of cylinders and the same number of turbochargers, but apart from the number of wheels as well, those are just about the only traits they share. 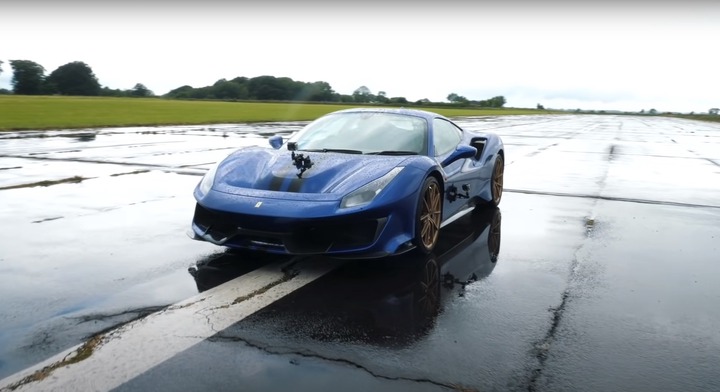 In terms of power, the Fezza falls well short with its 710 hp (720 PS), but then again you just know all that clever electronics is going to help it make the most of it. Meanwhile, the only power delivery control in the Corsa is the driver's right foot. Add the comically short wheelbase of the Opel and the very poor track surface, and the little hatchback might have trouble making the most of its power advantage. Then again, it might not. See for yourself and make sure you keep your eyes closed for the braking test to spare the poor Corsa of the embarrassment.

Best Age To Marry According To This Country.