Some Of The World's Expensive And Exclusive SUV's

Exclusivity, style and performance don't come cheap. Money can buy you some amazing vehicles off of the production line. A Rolls-Royce Cullinan will do for those looking for luxury. If you want your SUV to leave sports cars for dust, a Lamborghini Urus is perfect. But what if those aren't exclusive enough? What if you need a whole new level of luxury, performance, or both? What if you need a bulletproof exterior or a full office on four wheels to be driven around in? Or both? Don't worry. If you have the cash, here is some options for you. 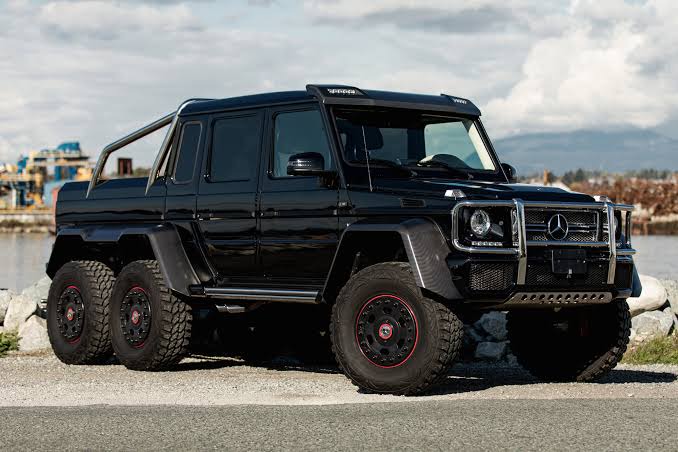 For some people, four wheels just aren't enough. Thankfully, for G-Wagen fans, Mercedes developed a version for the Australian army and kept it street legal. All six wheels are powered by a 5.5-liter twin-turbo V8 pushing 390kw (536 hp) and 560 pound-feet of torque providing exceptional off-road ability.

Mercedes sold more of these beasts than expected and ceased production in 2015 to maintain its exclusivity. Until then, a G63 AMG 6x6 would have cost you a little over half a million dollars. 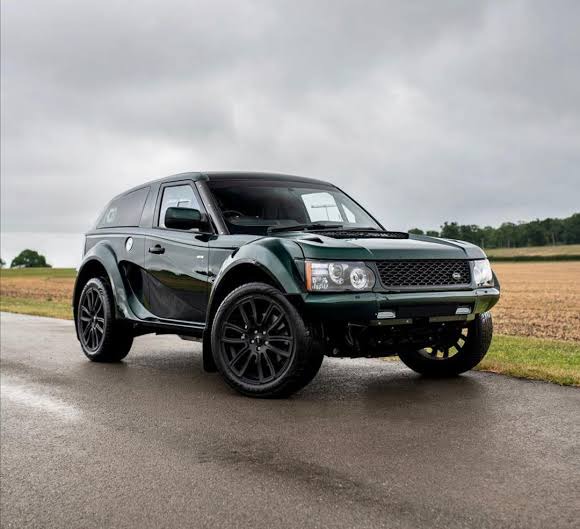 Despite keeping luxury features such as dual climate control, heated door mirrors, and Bluetooth-connect audio system, it's built to go off-road very, very, fast. Based on a hydroformed Range Rover Sport chassis clad with a lightweight composite body, the drivetrain uses a 50/50 torque-split four-wheel drive system to get the 404kw (550 hp) supercharged V8's power to the ground. 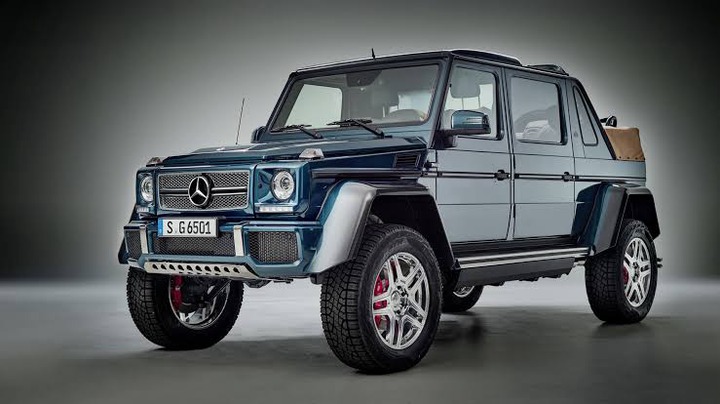 The Mercedes G-Class has been around for decades and has proved itself both an expensive and desirable icon. There have been special editions before but, to send the last generation out with a bang before the redesign, Mercedes-Maybach went to town to build a special edition. The last word in luxury G-Class was stretched by 23 inches to give the rear passengers the S-Class's fully reclining individual rear seats and a glass partition to separate those passengers from the chauffeur.

The lavish features don't stop there though for the 99 models built. Folding tables with leather-wrapped tops, rear-seat entertainment system with 10-inch screens, a large console between the two rear seats, and heated and cooled cup holders contribute to the level of luxury half a million dollars could buy you. 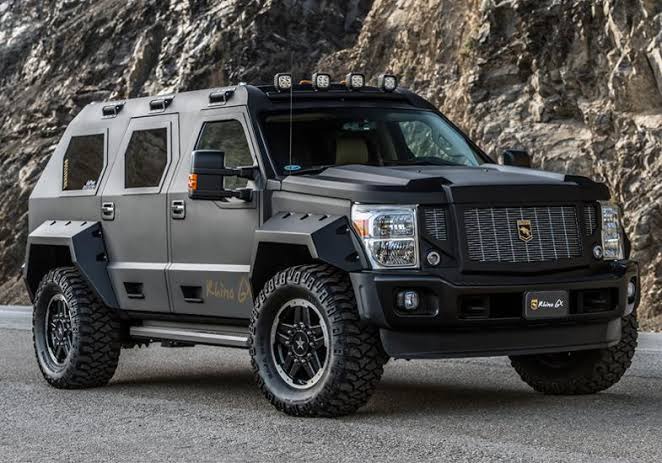 If you're an aspiring psychotic villain hellbent on world domination, or just have over a quarter of a million dollars to spare and want your SUV to look like it's about to invade a small country on its own, then the Rhino GX is for you. Inside is not a crazy level of luxury, but you're not going to be uncomfortable as you basically go anywhere you damn well please. The Rhino GX is built on Ford's strong and capable F-450 Super Duty Chassis with power from either a 6.8-liter gasoline V10 or 6.7-liter diesel V8 engine pushing the power through the four-wheel drive system. 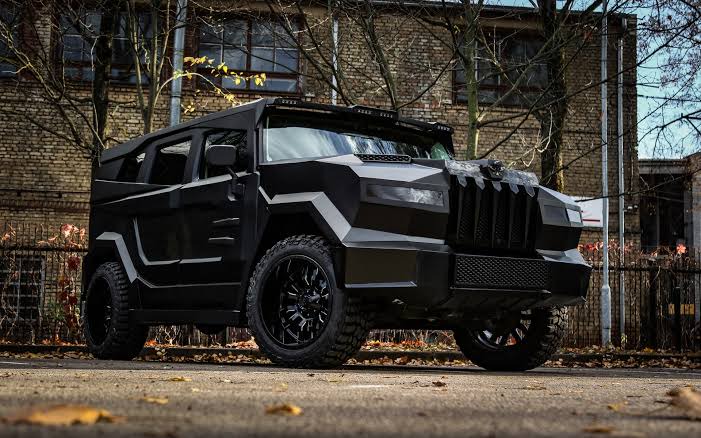 Another aspiring psychotic villain SUV. There are several versions of the Prombrone out there with all kinds of crazy options including using leather made from the foreskins of whale penises for upholstery (although this option has now been dropped).

We would choose the Black Russian version for its bullet-proof windows, underbody protection, and 22-inch bullet-proof wheels because you just can't be too careful. Dartz vehicles are a case of "If you have to ask, you can't afford it," so unless you have multiple millions to budget on a single item of transport, look elsewhere. 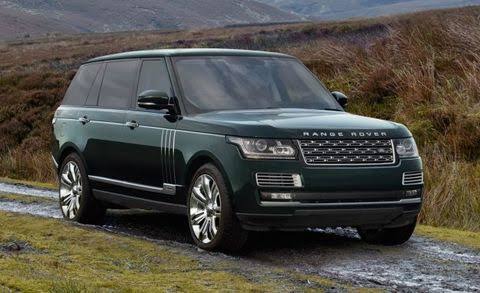 There have been some exclusive Range Rovers, but the edition dedicated as a homage to the gunmakers Holland and Holland is something special, and not just because of the level of interior comfort. The level of detail is best demonstrated by the engraved inside door handles and the interior woodwork. The woodwork is cut from a single piece of walnut and finished with oil just like the stocks of Holland & Holland's signature guns. In the trunk is a carbon-fiber and aluminum gun case holding two Holland and Holland sporting shotguns, which are not cheap on their own and are comparable with the price of new cars. 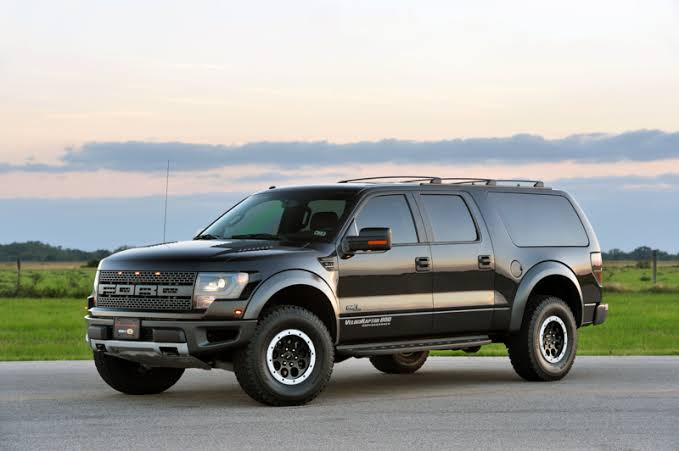 Hennessy usually leaves the interior of a vehicle untouched and goes nuts with a performance upgrade. However, the Hennessey VelociRator SUV is a special order full conversion of a Ford F-250 Lariat pickup truck into a full SUV with 3-rows of seating. The extra special sauce is the option of a supercharged 6.2-liter V8 with 475kw (650 hp) on tap and exterior styling taken from the Ford F-150 Raptor off-road truck. It's the cheapest exclusive SUV on this list, but it's the one with the best mixture of passenger capacity and performance. 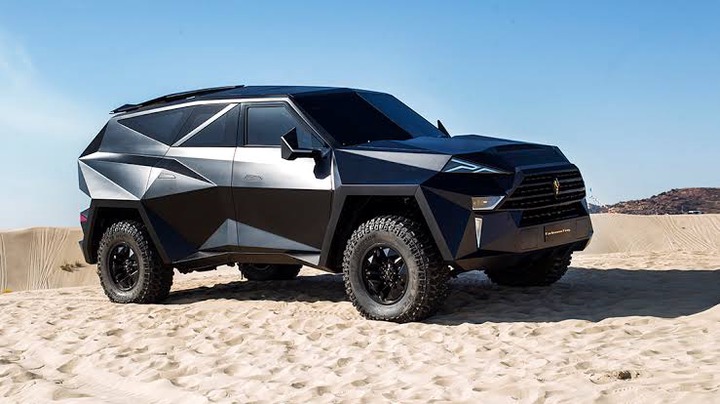 If you want an SUV that looks like it hunts other SUVs for food, the Karlmann King is perfect. Despite utilizing carbon-fiber, this two million dollar SUV still weighs 4,500 kg, depending on options and is built on Ford's F-550 commercial truck platform with Ford's 6.8-liter V10 engine for power. Inside, the word extravagant leaps to mind. Entertainment, climate, and seating can be controlled with a phone app and if just a couple of million isn't enough to spend on a VIP club room on wheels, you can start ticking option boxes and end up with a bill for four million dollars.