In their heyday, Chevrolet passenger cars were quite revolutionary.

By UpdatedDaily (self media writer) | 15 days ago 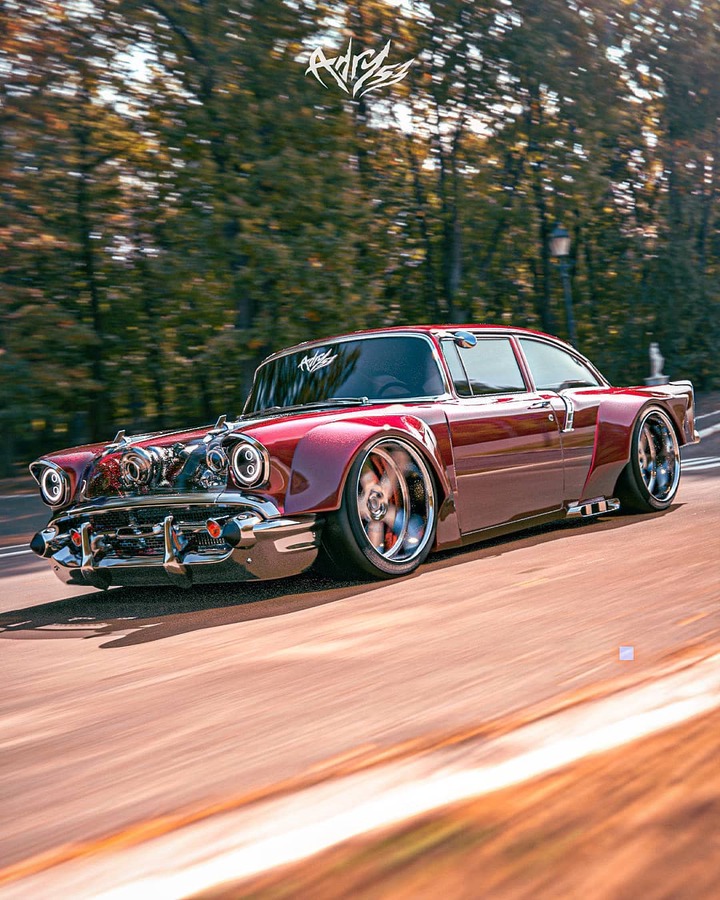 As a result, they have rightfully spawned a mind-boggling cult following among both vintage car collectors and Hot Rod enthusiasts. 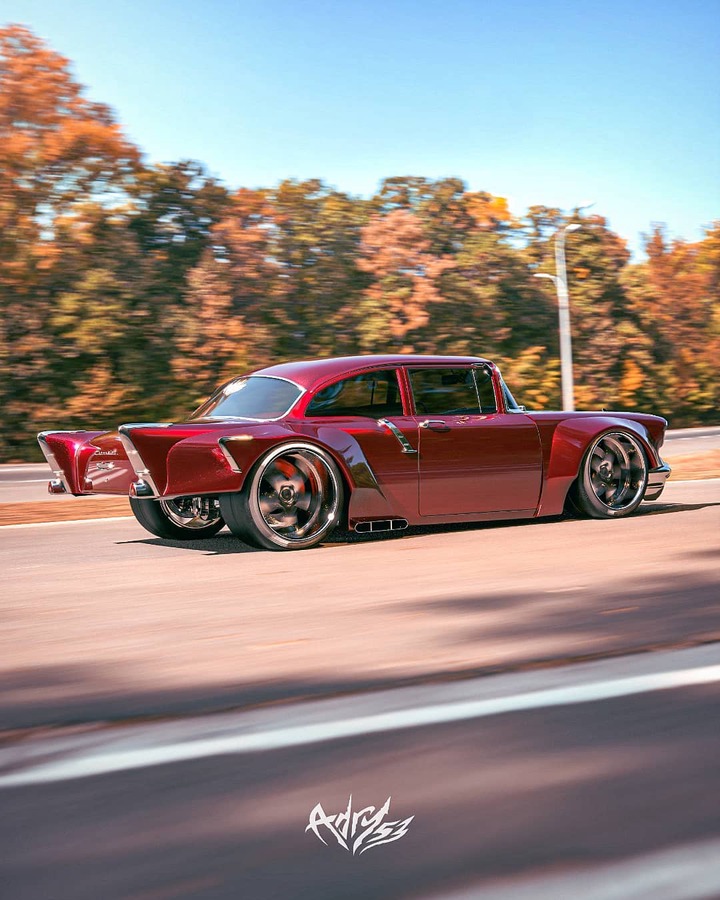 Everyone, of course, has favorites. Timothy Adry Emmanuel, the virtual artist behind the adry53customs account on social media, does not appear to be going straight to the top of the Bel Air and Nomad rankings. 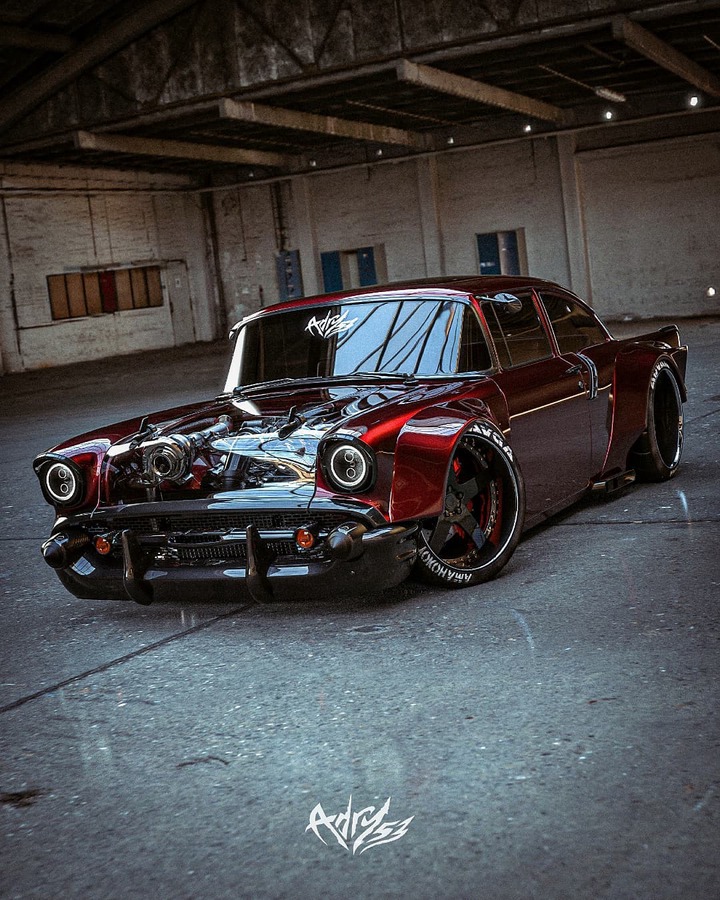 Instead, he's content to play the extreme Hot Rod card on the One-Fifty (aka Chevy 150), the model that was mostly seen as the carmaker's economy/fleet entry at the time. 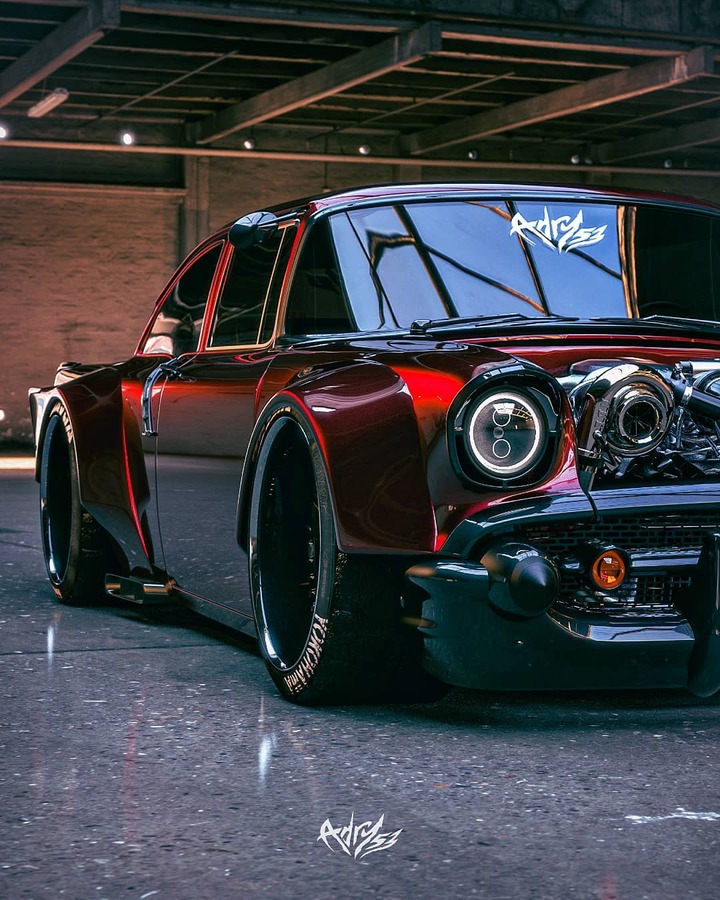 However, his virtual interpretation is a far cry from the more business-oriented days of the second-generation One-Fifty. Which, at the end of its run – in 1957 – was mostly notable for the introduction of Chevy's 283ci Small-Block V8. After a long absence from the CGI battlefield, the pixel master has most likely decided to make a spectacular return. 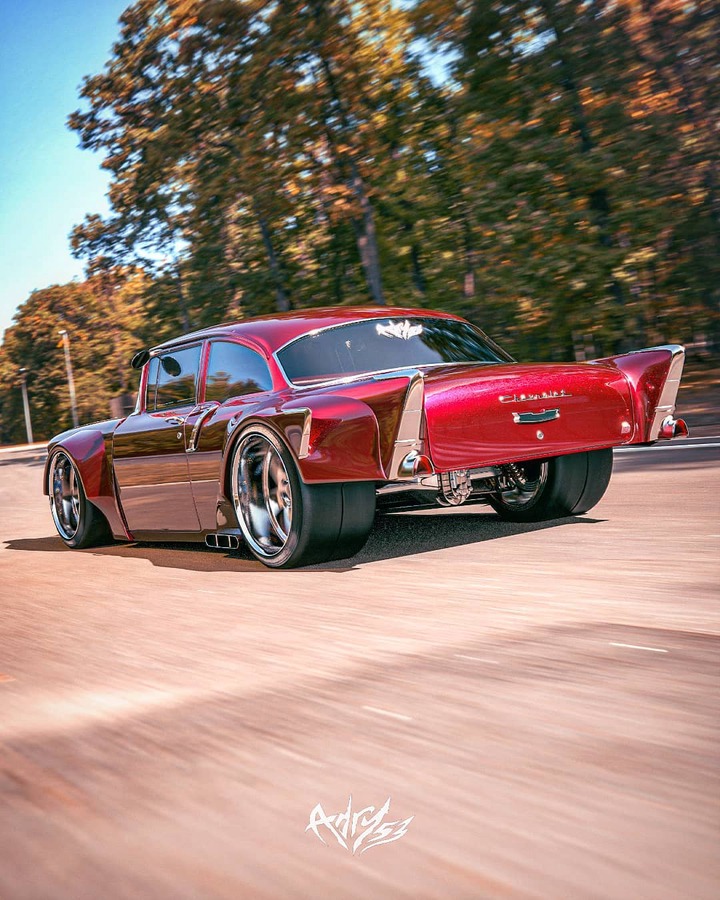 As a result, he most likely chose to ruffle feathers within the traditionalist camp by launching himself into the world of automotive imagination with a vengeance. It's a rogue 1957 Chevy 150 two-door (a popular choice back in the day) outfitted with all the Hot Rod bells and whistles – some possible, some a little impossible. 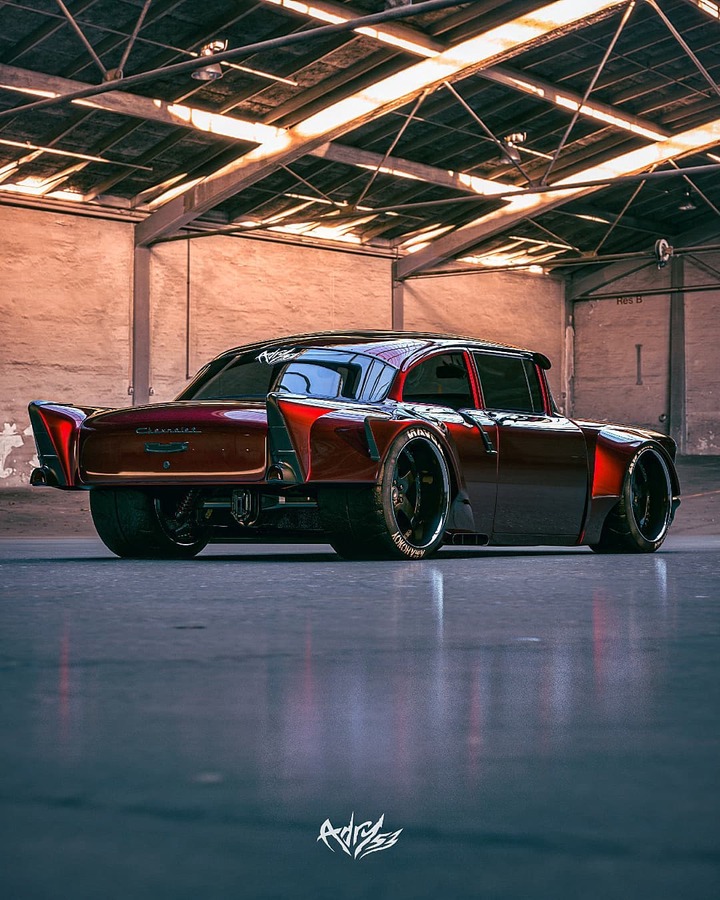 Take note of the widebody '57's laid-back stance. One-fifty fell to the ground with such force that even ants would fear for their own lives. After that, let's take a look at the back. 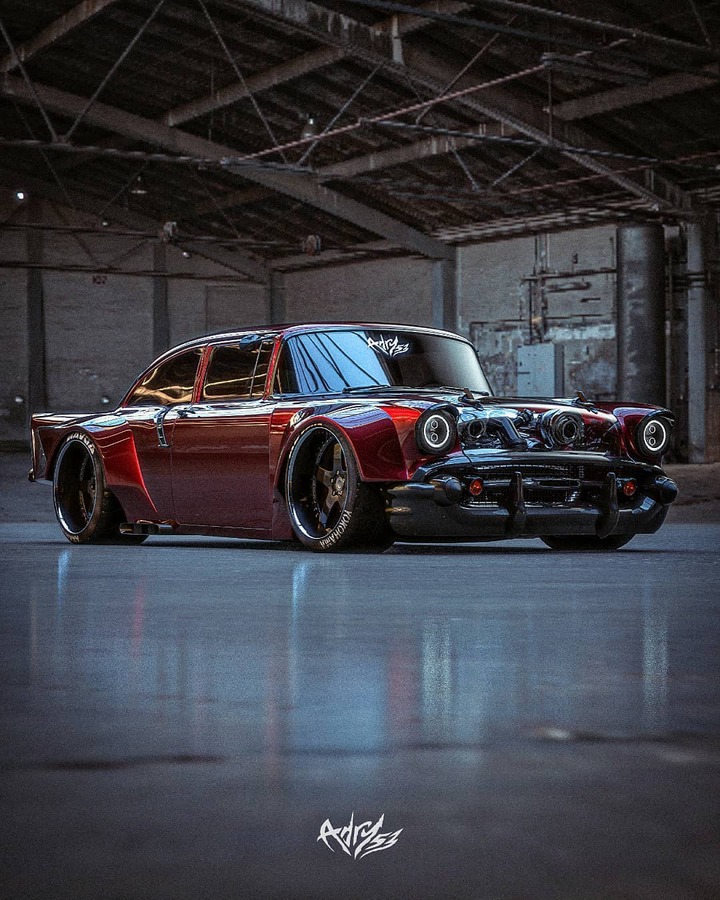 This is where you'll find a set of wider-than-life tires, as well as "a little bit of NASCAR steroids" thanks to the side-mounted NASCAR Boom Tube exhaust system. Oh, and don't forget the "I'll slap you silly if you laugh" option of quad tailfins... 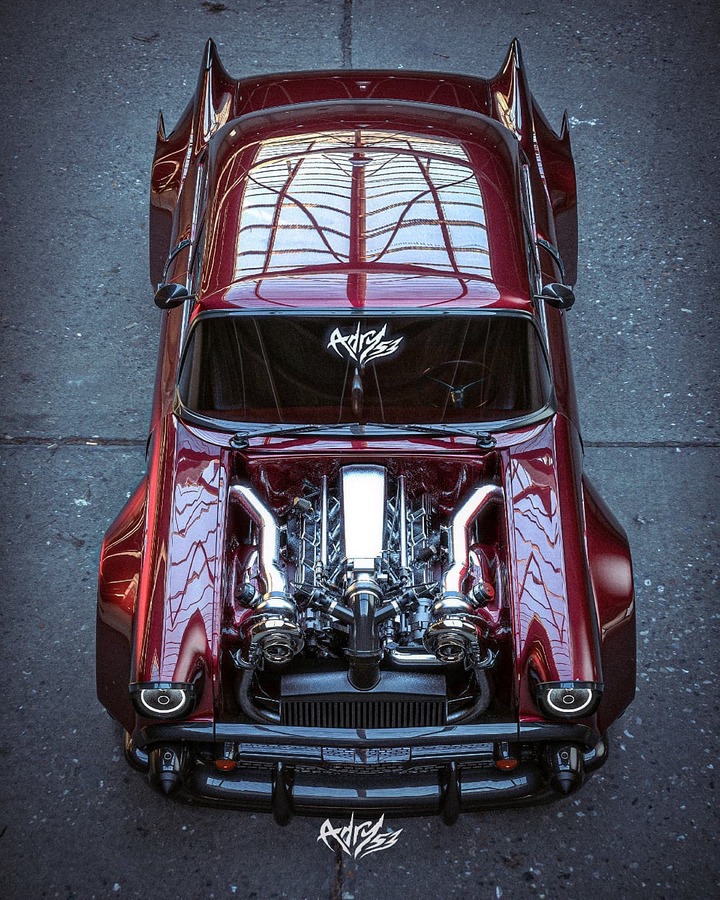 Then, and only then, will we be able to complete the full circle and return to the front. Where there isn't even an engine hood. As a result, the exposed LS V8 mill can breathe freely and gather enough oxygen for its twin-turbocharged assembly. 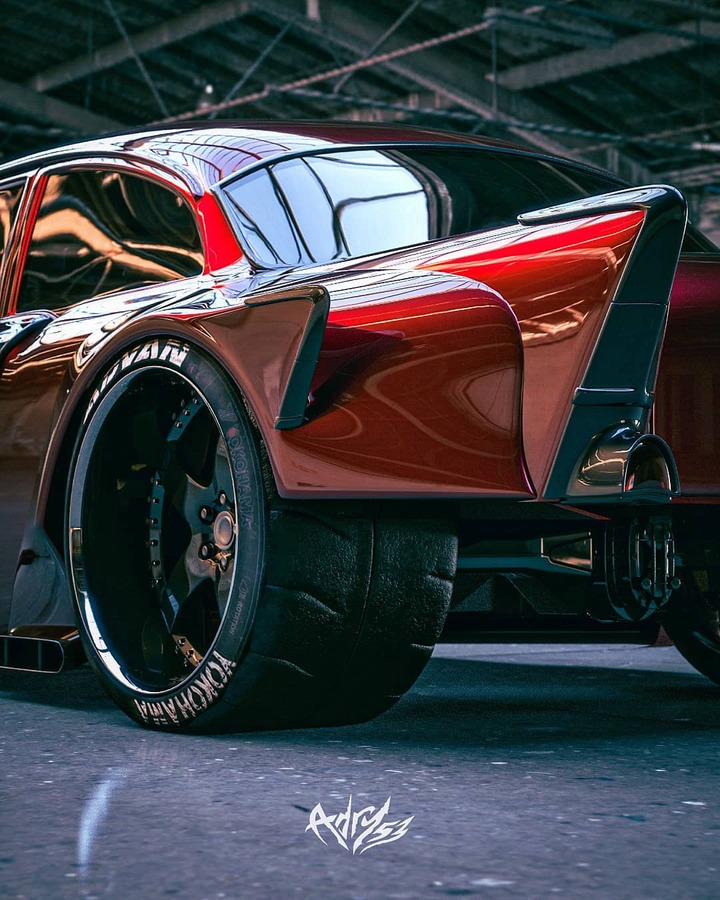 Did we leave anything out? Probably not, because – unfortunately – there is no interior view to speak of.