Crazy colors, wild wraps, and a little too much "personal touch" – these cars demonstrate that being creative isn't always a good idea, even when you're rich and famous.

When it comes to cars, not everyone has to appreciate classic looks, but some celebrities go a little too far with customization. 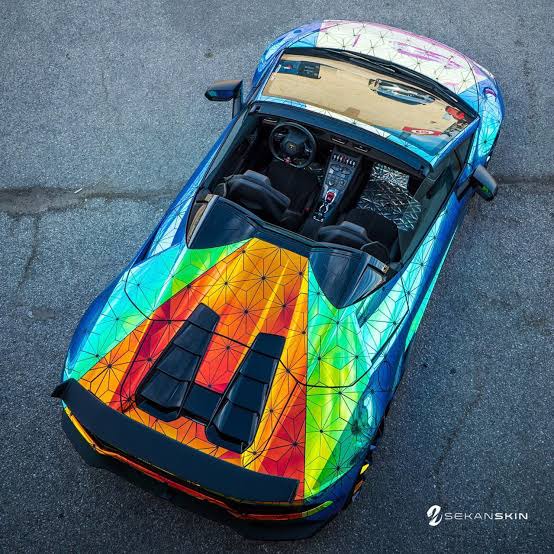 All of the vehicles listed below are worth hundreds of thousands of dollars, but we doubt anyone would want to drive them. 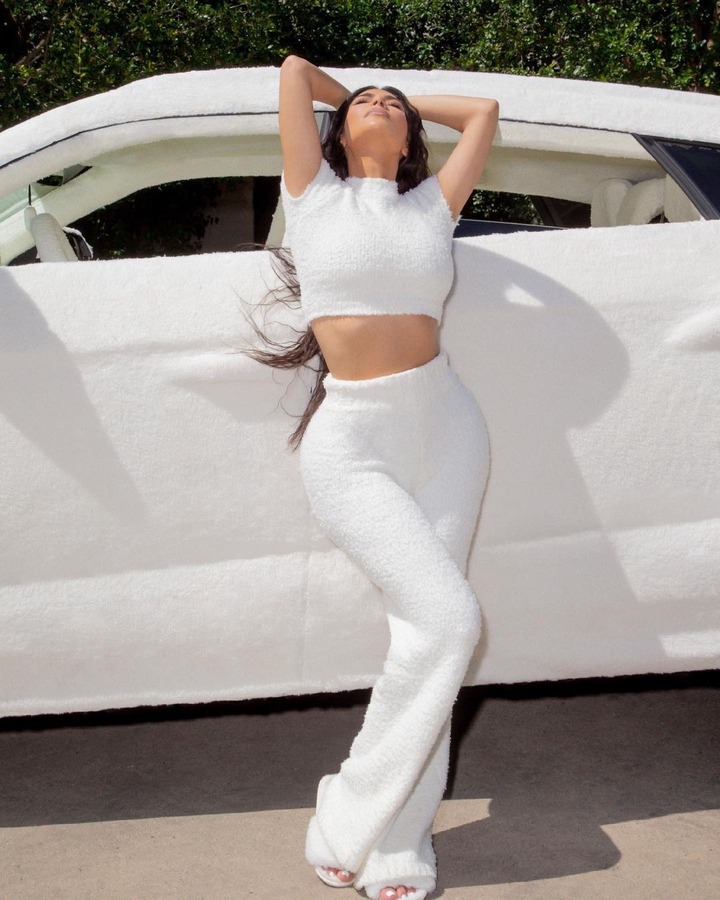 People are used to seeing certain showbiz divas transform some fierce cars into girly caricatures, but the billionaire reality star went one step further: the Lamborghini she unveiled on social media in June 2021 was not only completely white, but also...fluffy. The furry fabric that covered almost every inch of the Urus, including the interior, made it almost unrecognizable. Most fans of the powerful Lamborghini Urus would never dream of calling it "the cutest thing ever," but that's exactly what Kim and Skims (a fashion brand) did to promote their collaboration. 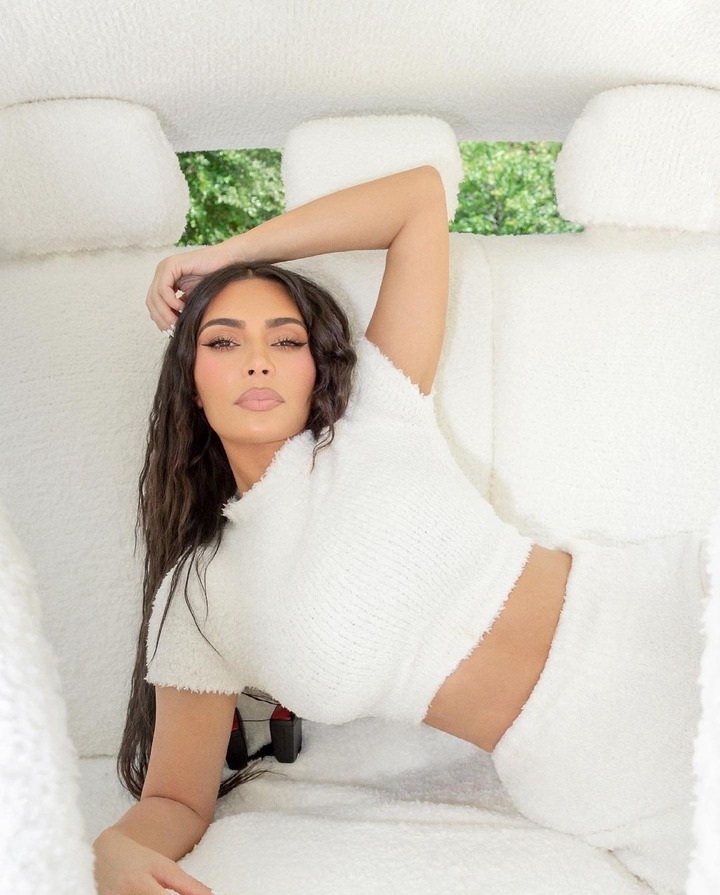 To be sure, it appears to be cozy. It's so comfortable that it'll never leave the driveway, because that colossal teddy bear on wheels was never meant to be driven. Imagine seeing that thing fly at 190 miles per hour (306 kph). 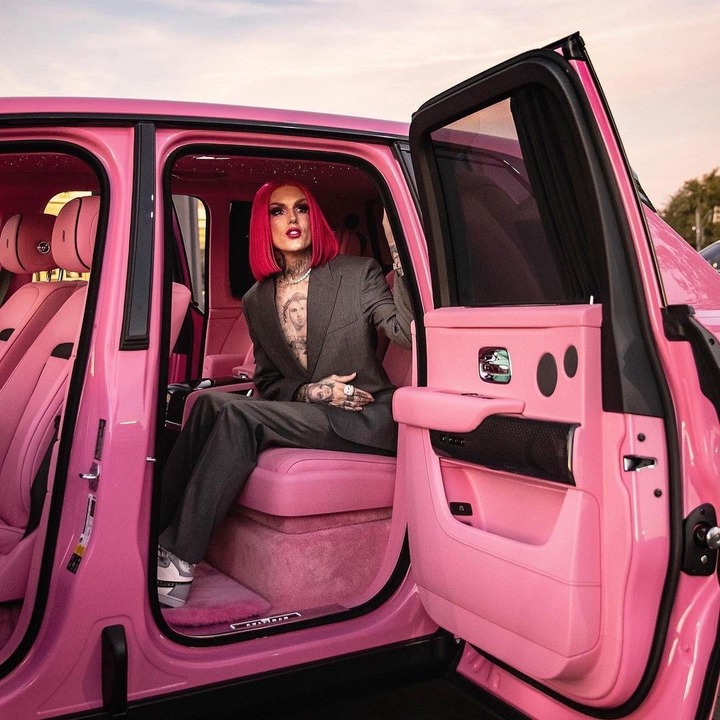 Paris Hilton's girly cars pale in comparison to this custom Black Badge Cullinan that is pink on the inside and out. Jeffree Star, who could write a textbook on how to transition from sharing make-up tutorials on YouTube to launching your own successful brand, went all out with this model from his favorite brand (he owns several Rolls Royce vehicles) 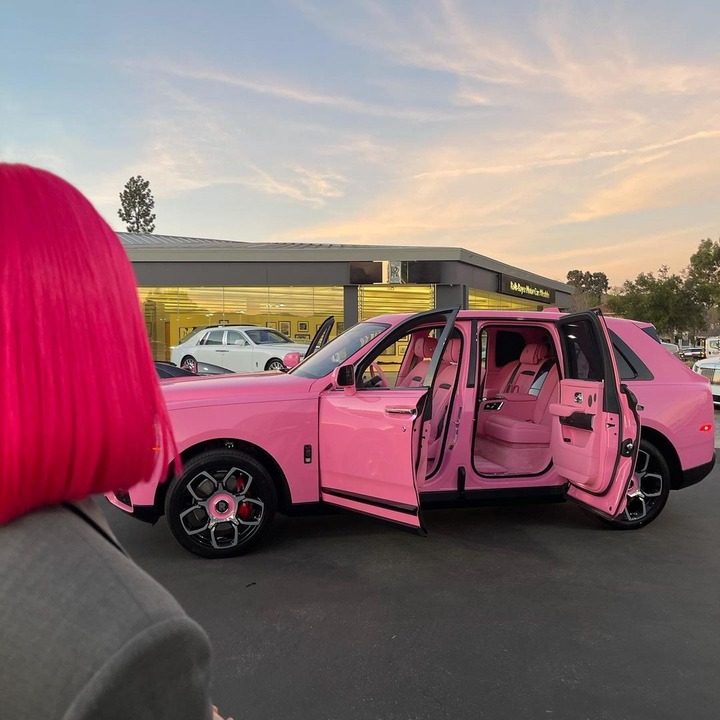 Star debuted this painfully pink Cullinan earlier this year, boasting about the fluffy wool mats and all-leather interior and saying that "he pushed the limits of what was capable." 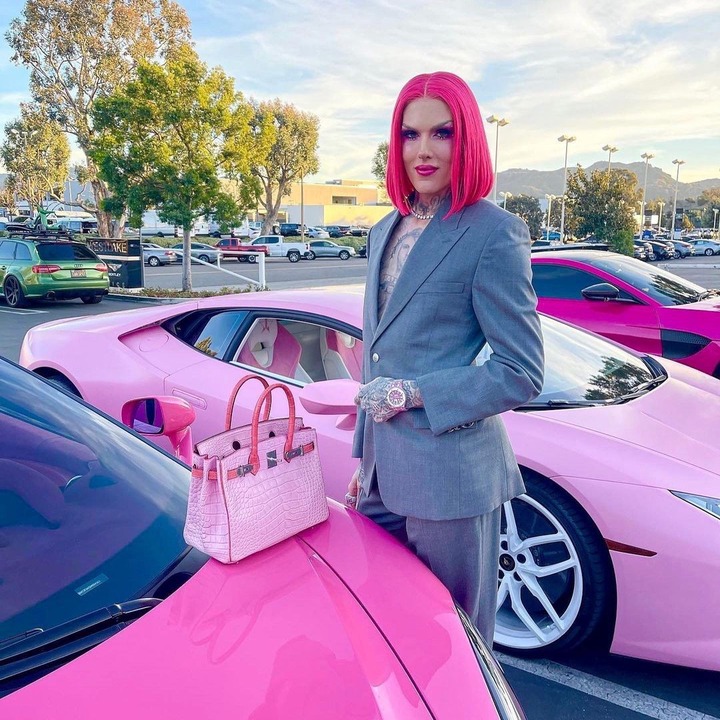 That is a custom "Star Pink" color, in case you were wondering. We might add that there is far too much of it. Star, on the other hand, is not known for his moderation. 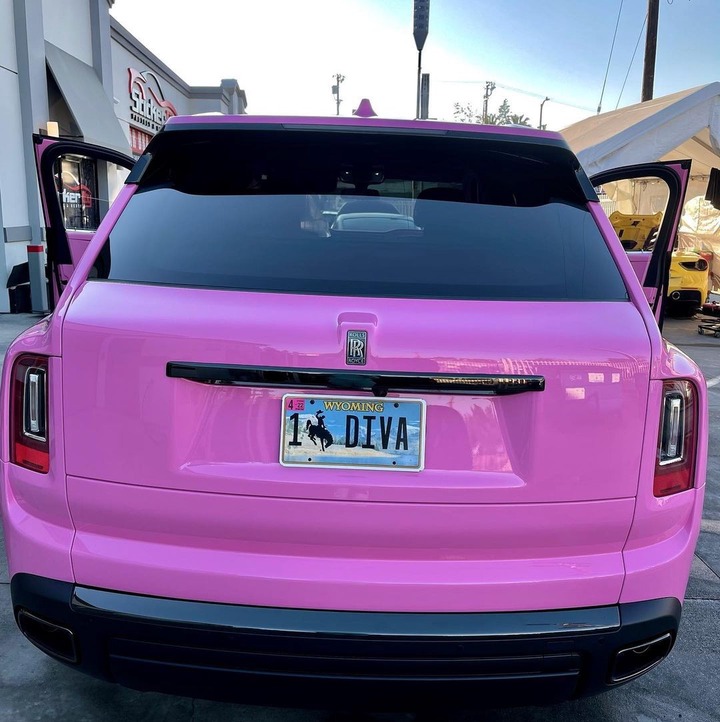 Despite having a pretty impressive car collection, he considers this pink Rolls-Royce "one of the best projects" he's ever created. 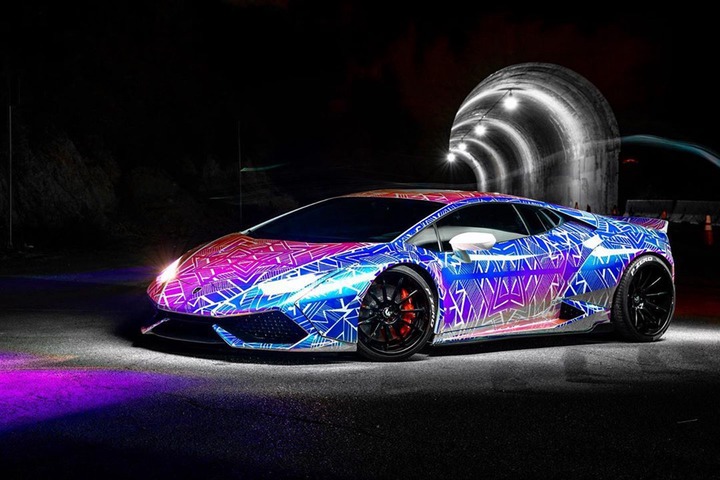 We wanted to forget about this Huracan, which is now two years old, but Chris Brown won't let us.

Earlier this year, his fans on social media saw another glimpse of the famous Lamborghini with a glow-in-the-dark wrap, with the caption "I ain't had no teacher for this... Some things you have to learn on your own." 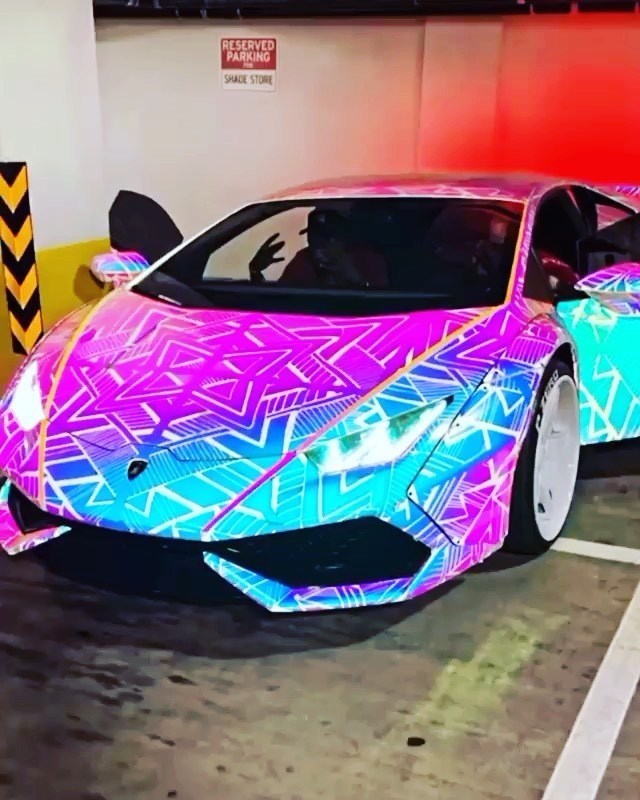 The R&B singer is known for his eccentric car collection, but this color-changing Huracan appears to be too much for him. 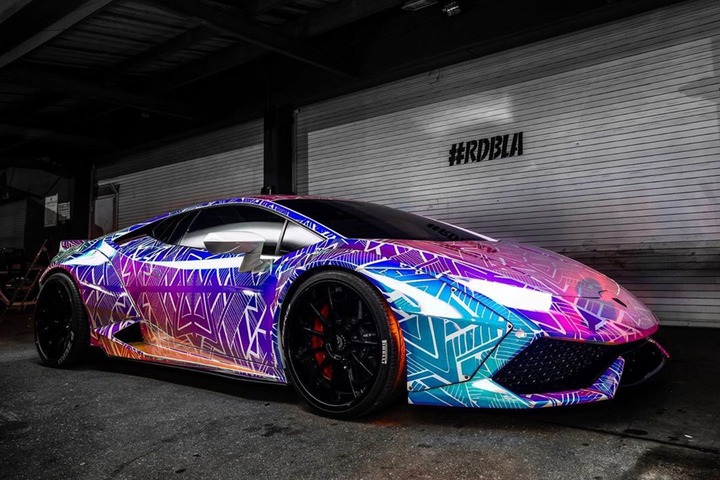 This Lamborghini Huracan was unconvincing despite its unique wrap, which combined the chrome look with a glowing, color-changing effect. Not to mention that it was probably too flashy (literally) to be driven around at night – which is exactly the point. So you're just going to keep it as a disco ball on wheels?

The Holographic BMW i8 Roadster of Paris Hilton 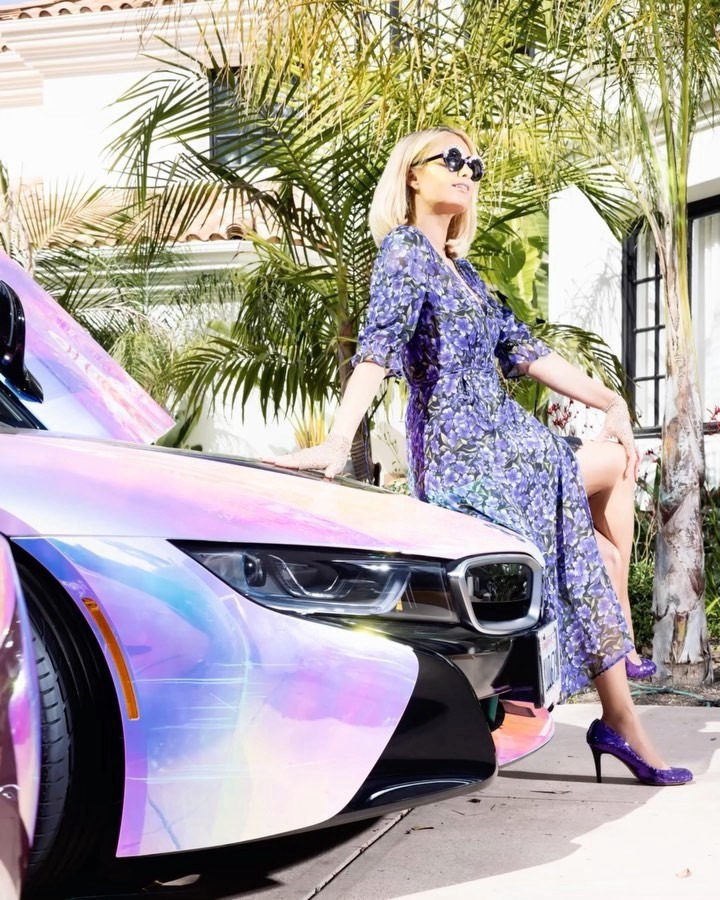 Who enjoys reading cheesy motivational captions posted by famous billionaires whose photos scream "Look at me and how fabulous I am?" Paris Hilton has been attempting to portray herself as a role model, though she hasn't completely lost her wild side. At the very least, she's staying true to her brand by displaying one pink expensive car after another. 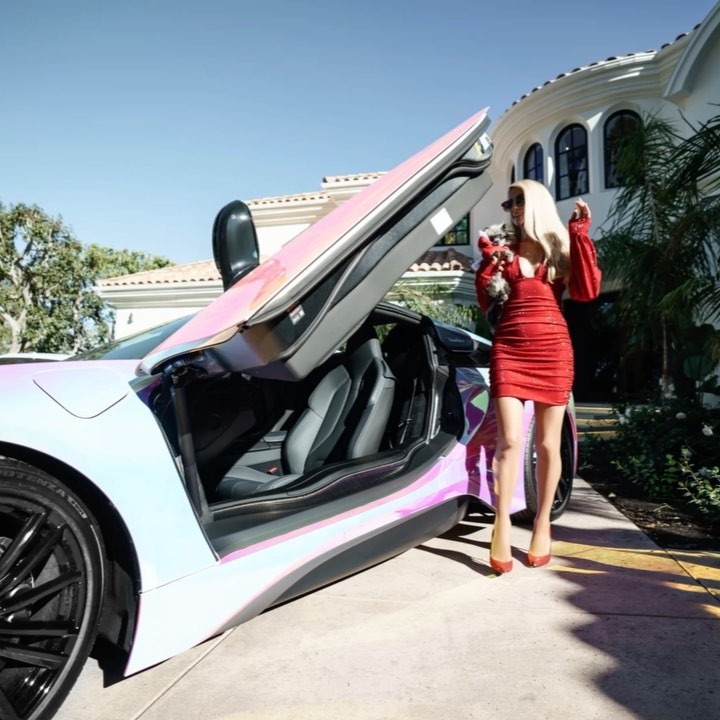 Although the infamous Bentley Continental GT with rhinestones remains unrivaled, this BMW i8 Roadster with an impossible holographic wrap is another excellent example of Parisian style. 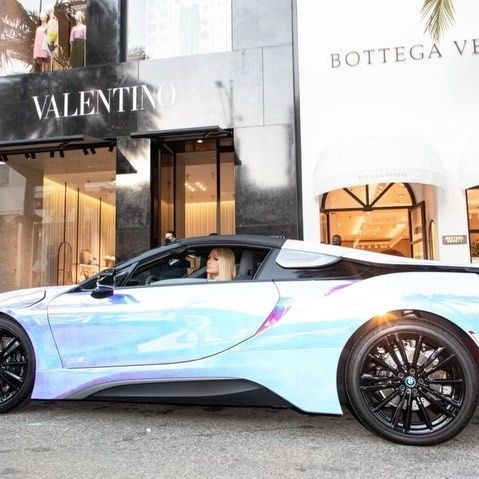 Indeed, the heiress stated, "If I were a car, this would be me." Before Paris transformed into...her, the i8 Roadster looked fantastic. However, it is ideal for someone who still carries a Chihuahua in an expensive bag. Daniel Hernandez made a name for himself in the music industry as 6ix9ine, the outrageous rapper with a distinct, colorful style who became an instant brand. 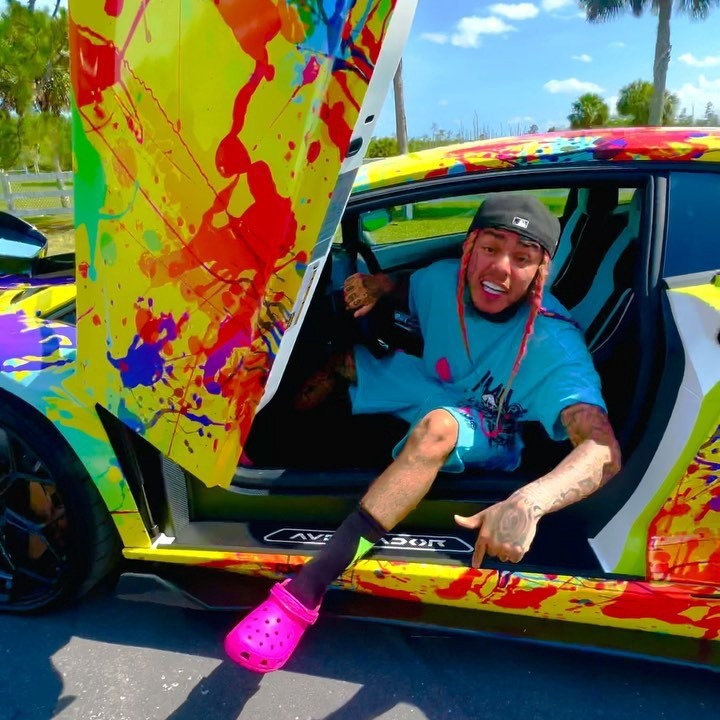 His car collection is as well-known as his run-ins with the law, but two of his vehicles stood out the most. One was a rainbow Ferrari, and the other was this tie dye, paint-splattered Lamborghini Aventador that takes a different approach to the rainbow theme. 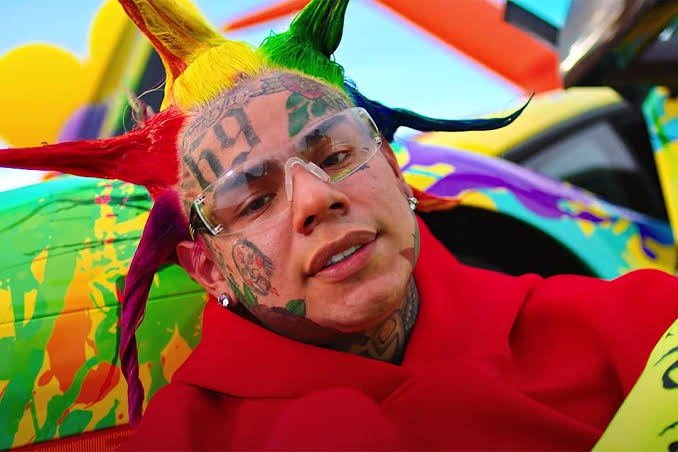 This crazy-looking Aventador appears in at least one of his music videos, but it appears to be part of the décor rather than an actual car. Nonetheless, it is. And it will be remembered for years to come as the car in which the controversial rapper was driving when he sent a message that appeared to be for the general public but appeared to be aimed at his "opps" - "You looking for me? "You know where I am."

Dj Sbu business can impress you a lot, see details

More Troubles Between Royal AM And Sekhukhune.

Here are 6 Lockdown memes that may make you laugh. Opinion.