True to its pedigree, the vehicle is an excellent mix of power and style. It comes with a V6 twin-turbocharged engine which develops 410 horsepower and 550 Nm, allowing the car to go from naught to 62 mph in 4.8 seconds and achieve a top speed of 176 mph (284 km/h). On the aesthetic side, the Maseati Ermenegildo Zegna boasts a very elegant Azzuro Astro exterior finish, while the interior features special upholstery made using a special pure silk fabric, high-end leather, and carbon fiber trim parts. 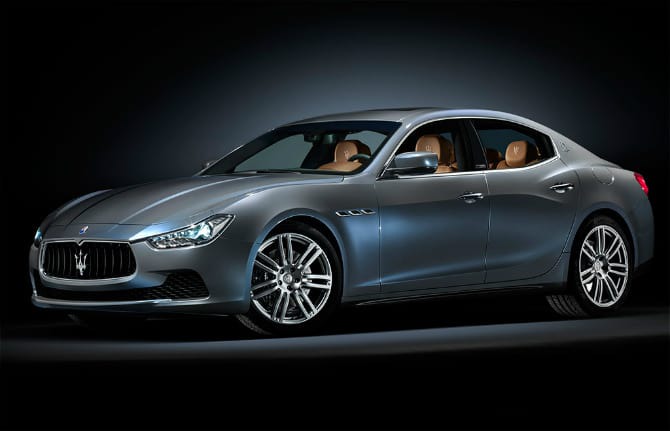 The vehicle comes with a blue and yellow livery and hold-tinted windows, both features reminiscent of the state-of-the-art fighter jet, as well as a modified instrument cluster, Recaro seats, a custom audio system, floor mats embroidered with F-35 Lightning II elements, and unique sill plates. The unique 2015 F-35 Lightning II Edition Mustang GT was sold by the American carmaker at a charity event this summer, with proceeds going to an organization which provides free introductory flights to young people. 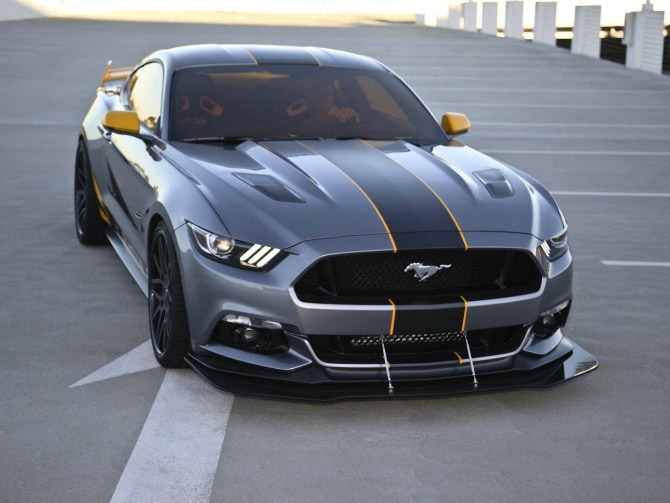 This year, Danish automaker Zenvo has finally unveiled its long-awaited ST1 model, which has been announced all the way back in 2008.

The stylish white sports car boasts such high-end features a carbon fiber trim, electronically-adjustable racing seats, and a Bose sound system, but more significant is what lies hidden from view. The Zenvo ST1 is equipped with a supercharged and turbocharged 6.8-liter V8 engine which delivers an amazing 1,104 horsepower and 1,055 lb-ft of torque, allowing it to go from 0 to 62 mph (100lm/h) in a blistering 3 seconds, before reaching its electronically limited top speed of 233 mph (375 km/h). 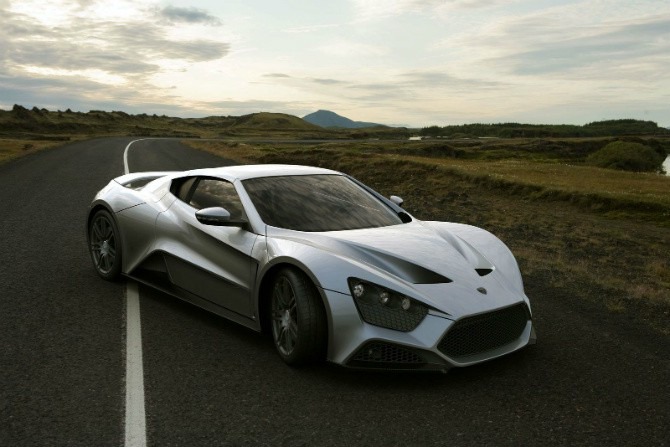 Swedish manufacturer Koenigsegg is responsible for one of the year’s most incredible vehicles: the One:1, billed as the world’s fastest production car. 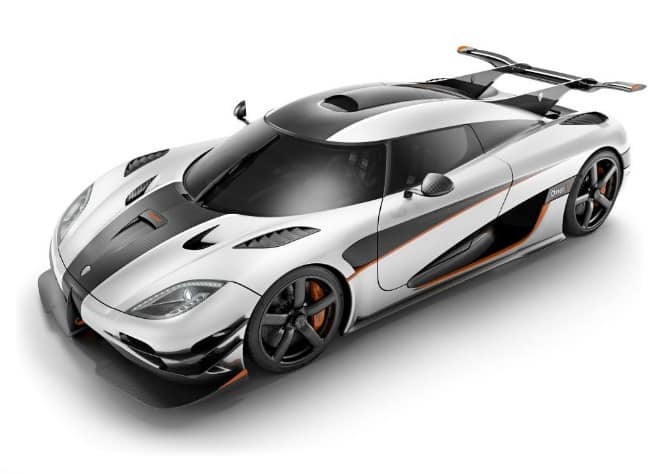 While all cars made by Ferrari are, in a sense, special, the Italian company also has a Special Projects division actually dedicated to the design and creation of truly unique customized units. The result is very impressive releases like the Ferrari F12 TRS.

Based on the F12 Berlinetta, it comes with an entirely refashioned body and has had all non-essential features removed, leaving the driver with a pure racecar experience to enjoy. Powered by a 6.3-liter V12 engine (730 horsepower, 509 lb-ft of torque), this heavily customized Ferrari goes from 0 to 60 mph in 3.1 seconds, on its way to a top speed of 211 mph (340 km/h). 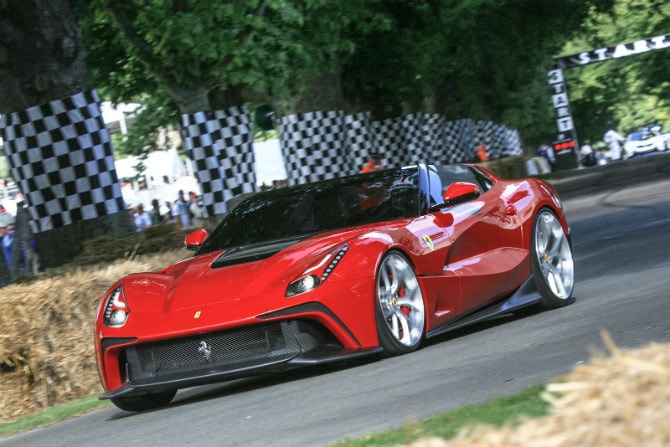 The Rolls-Royce Phantom is the epitome of elegance, but the new Metropolitan version released this year takes the opulence to a new level with its amazingly stylish interior. The ideal vehicle to get around the big city in, the ultra-exclusive Metropolitan boasts an abundance of high-end materials such as Aetherius Grey leather and wood.

Underlining the urban theme are a series of ornate stylized images of cityscapes made using wood, the most impressive of them being the tray coming out of the front seats made by carefully putting together 500 individual veneer pieces. 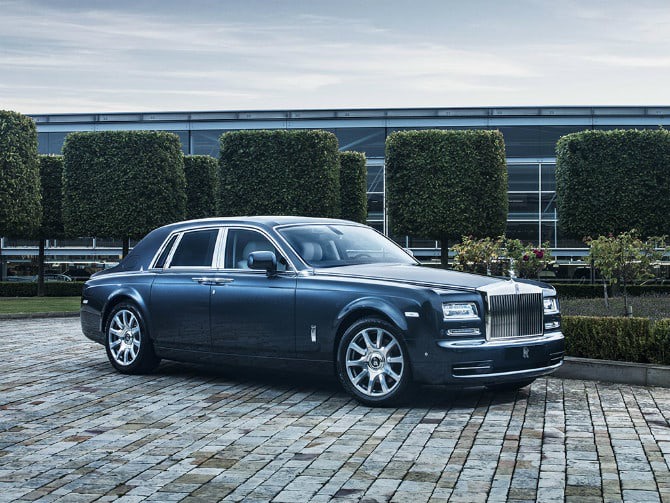 As more and more companies are jumping on the electric bandwagon, electric cars are becoming an increasingly common sight on roads throughout the world. And they’re not the wimpy vehicles they used to be in the past, either, as illustrated by the awesome Furtive eGT by French company Exagon Motors.

Described as an “electric supercar”, the Furtive eGT comes with two electric motors developed by Siemens, which output a very respectable 400 horsepower each. The impressive list of technical specs continues, as the car can accelerate from 0 to 62 mph in just 3.5 seconds and reach a top speed of 155 mph (250 km/h). The astonishingly light, carbon fiber vehicle, which tips the scales at just 273 lbs. (124 kg), has a range of 200 miles (about 300 km), which can be extended to 450 miles (724 km). 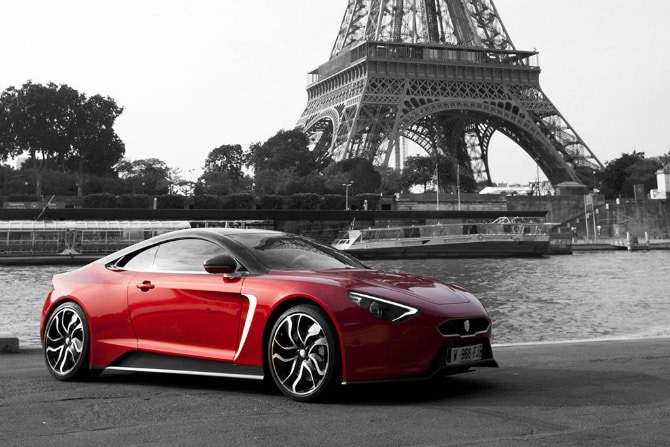 This year has seen Aston Martin unveil its most powerful roadster yet: the V12 Vantage S Roadster.

Powered by a formidable AM28 V12 engine (the most advanced sports car engine ever created by the British company) which develops 565 bhp and 620 Nm of torque, the captivating convertible can reach a top speed of 201 mph (323 km/h), the fastest vehicle of its kind produced by Aston Martin. Carbon fiber detailing and a distinctive front grille also add to the car’s allure, earning the V12 Vantage S Roadster a place among the year’s top releases. 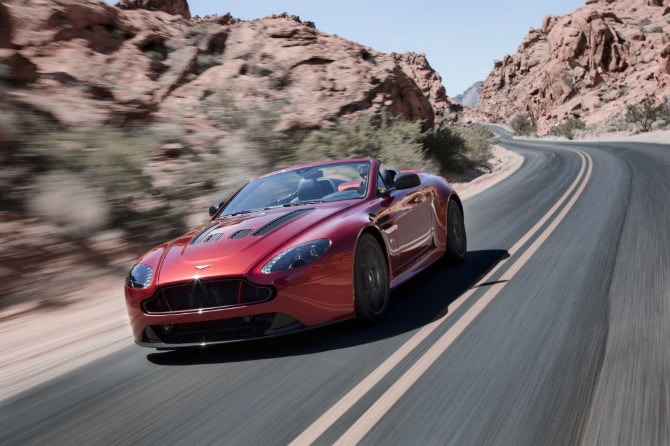 For years now, Pagani keeps saying they’ve released the final Zonda, but the Italian carmaker keeps coming back to the drawing board. And we’re really thankful for that, because the result is things like the Zonda Revolucion! 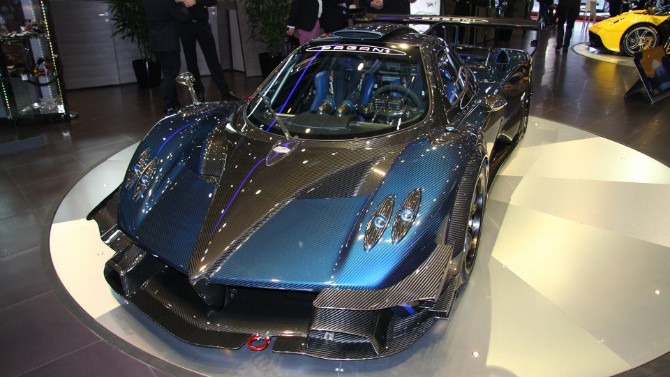 Throughout 2013 and 2014, Bugatti has released a series of six amazing special edition versions of its acclaimed Veyron called the Legends of Bugatti. Based on the Grand Sport Vitesse model, each vehicle is a tribute to an important figure in the brand’s history, from legendary driver Jean-Pierre Wimille, to Rembrandt Bugatti, the founder’s brother and an accomplished artist, to the iconic Black Bess, “the first ever street legal super sports car.”

But the most impressive has to be the final release, dedicated to Ettore Bugatti himself, which looks simply stunning in its clear-coated carbon and hand-polished aluminum blue body. 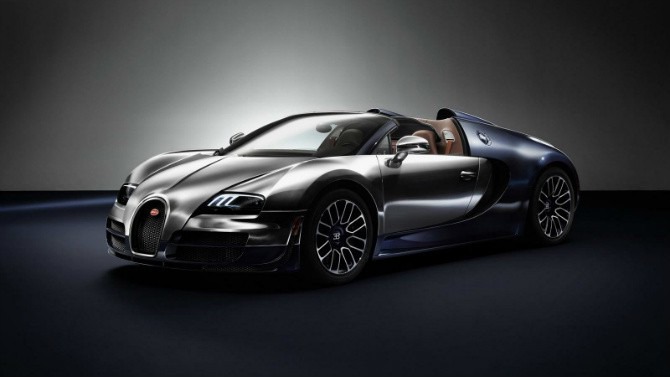