By Mhlave.Rietah (self media writer) | 2 years ago 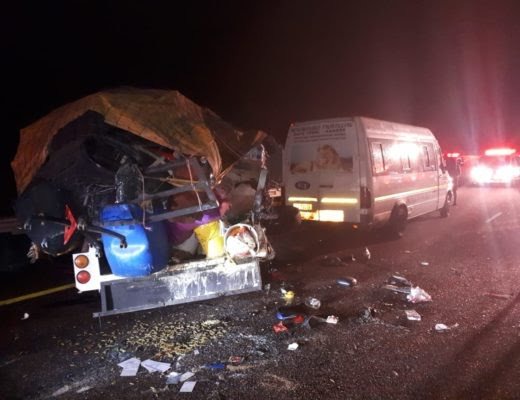 According to a statement issued by Police spokesperson, Brigadier Motlefela Mojapelo, the multi-vehicle accident between a truck and three other vehicles happened at around 02:30 on the N1-24 between Modimolle mountain and Kranskop Tollgate.

A truck allegedly experienced mechanical problems and stopped next to the road when two suspects suddenly emerged and attempted to rob it’s driver. The truck driver immediately pulled off onto the road in front of traffic and a Toyota Tazz collided into the truck from behind,” he said. 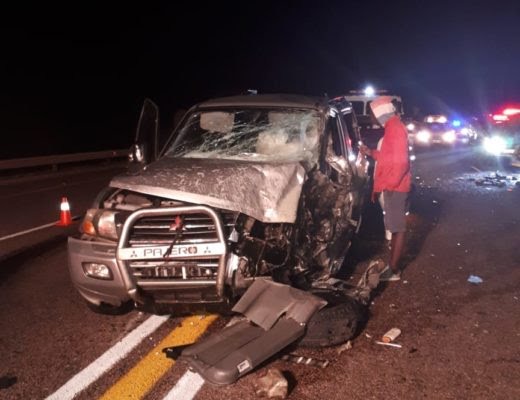 After the armed suspects fired shots in the direction of the truck the driver decided to not stop and proceeded straight to Naboomspruit Police Station.

In the meantime the occupants from the Toyota were climbing out of the vehicle when two other vehicles slammed into them, killing five people on the spot, he added.

According to a Spokesman for the Department of Transport, Matome -Taueatsoala, a Mitsubishi Pajero and Viano collided with the Tazz. Five people including a seven-month-old baby from the Tazz were killed.A further three occupants including the driver sustained critical injuries.

From the other two vehicles twelve people, including a driver sustained minor injuries, he concluded.

Cases of attempted armed robbery, attempted murder and culpable homicide have been opened for investigation and no arrests were effected.

The Provincial Commissioner of the South African Police Service in Limpopo, Lieutenant General Nneke Ledwaba has established a special task team to deal with criminal activities that appear to be taking root along the N1 South of Polokwane.

Anyone with information that can lead to the arrest of the suspects responsible is requested to contact Captain Richard Boshomane at 079 894 5501, the police toll-free number 0860010111, Crime Line Sms 32211 or contact the nearest police station.